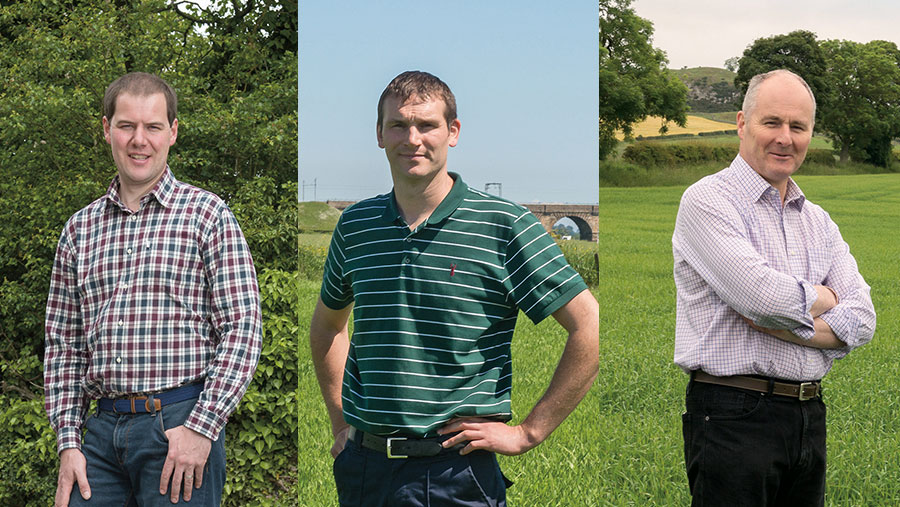 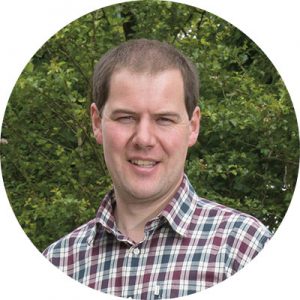 Kirkton, Aberdeenshire
Despite the challenging climate and thin, stony soils, Scott Campbell is producing wheat for less than £85/t, a figure that would be the envy of growers south of the border on far easier soils and climes.

He is the fourth generation of the Campbell family to take the arable reins and, over the past 12 years, has transformed the family business by cutting costs and raising yields.

He has also single-handedly nursed the arable enterprise back into health ready for life after Brexit, being profitable without the need for subsidy payments. “The arable part stands on its own feet,” he says.

Challenges
In 2007, Scott recalls, costs were high and “fuel use was getting ridiculous”. Establishment was based on ploughing and a traditional one-pass power harrow, and it was costly to run.

Soil health was also poor with some fields unsuitable for winter cropping while some could not be cropped at all. Narrow machinery and stones in fields resulted in high labour requirements.

The brome and annual meadow grass problem meant he was unable to grow seed crops, missing out on valuable premiums. Lack of storage also limited marketing opportunities, as Scott was able to grow only one malting barley variety.

And most importantly, yields were suffering because of nutrient deficiencies and wheel markings from rollers.

Changes
Having identified the challenges, Scott embarked on overhauling the rotation which has been widened to have OSR one in five, although some fields are one in nine to help with sclerotinia.

Another introduction is the rotational stubbles and green manure option after winter barley to help improve soil health. Scott feeds the soil with organic matter, using straw-for-muck arrangements with local livestock farmers, with whom he works closely.

He switched from solid to liquid fertiliser three years ago as yields were tapering off on the headlands.

Scott has moved to less intensive cultivations by adopting a Horsch disc drill, which has halved fuel use, and he even deploys intermittent drilling in tramlines to reduce soil erosion.

Finally, he has a policy of growing three different varieties of wheat and barley to spread risk, and he even tailors varieties to field aspect, with Lili grown in north-facing fields being suitable for early drilling.

Achievements
Winter barley is his most improved crop – increasing by 1.5t/ha over the past four years – with a three-rolling average of 10.13t/ha, and wheat currently averaging 10.3t/ha.

The switch to liquid fertiliser, enabling applications right to the edge of the crop, has increased headland yields by 30%, and using slurry on OSR has reduced fertiliser costs by £28/ha. Taking a variable approach to lime generated a greater saving of £59/ha.

He has also made big savings with tractor replacement by using Euroauctions in Leeds. The savings on one tractor paid for autosteer, and the combination of less intensive cultivations and a new grain dryer saved 10,000 litres of diesel last year.

He also has close links with Scotland’s Rural College (SRUC), hosting the grass trials as well as the wheat challenge – a competition for students to grow the highest yielding plot.

Scott enjoys mentoring the next generation and, judging by his achievements, they are learning by good example.

Scott has clearly identified the challenges and we like that once he has decided on an action, he measures the outcomes to ensure his changes have worked. He also has a good handle on his costs and enjoys what he does. 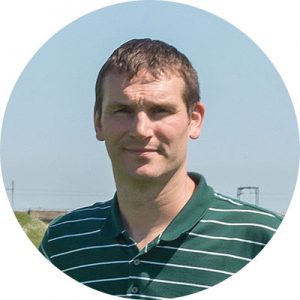 Since signing his first contract farming agreement some 26 years ago, David has expanded the family business with a near sixfold increase in cropping area.

During that time, he has never lost a single farm – having gained a reputation for treating contract-farmed land as if it was his own, producing crops to his own high standards.

He points to crop establishment as an example: “Crops are established first on the heavier soils, which means the contract farmed area gets prioritised over our own.”

Challenges
David recalls the poor state of soils on some of the land he has taken on. Good drainage is particularly important, given the high rainfall and the short harvest and establishment windows for crops.

While he doesn’t face the severe blackgrass challenge of farmers in England, brome and annual meadow grass are his key weed challenges and this is why ploughing features in the rotation.

The rapid expansion has meant his machinery needed upgrading because of the bigger workload, and his grain handling facilities required investment to cope with the extra grain.

This has to be done while keeping costs in check, which isn’t easy as moving to strip-till or no-till drilling is not a practical option. David has had to find other ways to cut costs by improving machinery efficiency.

Changes
Soil health is important to David and he regularly tests soil. This starts when he takes on new land and puts in place a programme of improvements for drainage and fertility.

He has carried out a lot of drainage work himself, as well as liming fields and applying liberal amounts of organic matter from the family beef enterprise, along with two straw-for-muck arrangements.

Sprayer and fertiliser spreader efficiency has been improved by the use of a water bowser and Hiab loader trailers for transporting fertiliser, cutting the number of journeys to the farm. The two sprayers can get round all the wheat in just 1.5 days, helping with the timeliness of sprays.

David embraces technology, using tablets to record field tasks, as well as having a moisture meter on the drier that alerts him by mobile phone if there is a problem.

Another strategy is to add value to crops wherever possible, for example growing group 3 biscuit wheat, and half of his malting barley is for seed. He is also gaining a £3-£4/t premium by dressing feed barley, feeding the low-value smaller grains to cattle.

Achievements
David is proof that you don’t need to direct drill to have good soil health. While ploughing is carried out 3-4 times within the five-year rotation, his soil organic matters are actually increasing.

The result of having healthier soil is that crop yields continue to increase, with wheat now averaging 9.1-10t/ha.

Oilseed rape yields have increased by 0.4t/ha over the past five years, which he puts down to a move to a single-pass establishment system.

Similarly, spring barley yields have increased by 0.5-0.7t/ha. The one standout achievement is Diablo spring barley, where one field hit 9.5t/ha last harvest despite being drilled late because of the cold, wet spring.

He has also made substantial savings without reducing his standards. He has seen a £13,000/year saving by using fibrophos, and his cost of growing wheat has fallen by £12/t over the past 3-4 years.

David believes that the best marketing tool is to have every field looking perfect, and judging by this year’s crops, he is likely to have more opportunities to expand further.

David is highly motivated and has successfully grown his business by treating contract-farmed land like it is his own. He farms to a high standard and his focus on soil health has led to impressive yields. 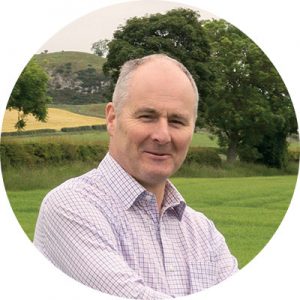 Sweethope, Roxburghshire
David Fuller-Shapcott loves spreadsheets and believes in using farm data to aid decisions. This has allowed him, for example, to pinpoint parts of fields that are unprofitable.

His thirst for knowledge has led him to carry out numerous on-farm trials, and he has gained many tips from the Adas Yen project, helping him raise oilseed rape yields by 20% in just two years.

“Last year, we saw an increase in the thousand seed weight in rapeseed to 5.2g which was one of the highest in Yen and I believe using foliar phosphate helped.”

Challenges
David farms challenging soils containing up to 40% clay running up to 730ft above sea level. “Some areas don’t plough well and it’s a massive cost to produce a seed-bed,” he says.

If clay soils get wet, they get cold quickly, so he faces a short window for establishing winter crops, with wheat typically cut in September. Added to this, slugs are happy in wet soils.

These narrow windows also mean stale seed-beds are not really an option for tackling grassweeds, with brome being the key weed challenge.

He recognises that to increase overall profitability he has to target poor performing areas. For example, David’s profit maps showed that field headlands were making a loss and something had to be done.

Changes
For the past eight years, David has been developing a farming system at Sweethope that improves his soil and raises yields, “but not at any cost”.

He has changed the rotation, aided by another spreadsheet which allows him to estimate the impact of any changes on profitability across the whole rotation.

He extended his rotation from five to six years and dropped second wheat in favour of spring oats to help with grassweed control. The alternating winter and spring cropping enables stale seed-beds.

Another introduction to the rotation is the overwintered stubble, followed by green manure option under the Scottish Agri-Environment Climate Scheme (AECS). This has been deployed in part of the oat areas as well as the oilseed rape headlands.

Not only was this option paying more than oilseed rape on the headlands, but he is already seeing benefits to soil health with its mix of buckwheat, vetch, phacelia and berseem clover.

With the exception of oilseed rape, all crops are grown for a specific market, with winter barley for pearling and malting; wheat for seed, distilling and biscuit-making; and spring oats going to Quaker.

Achievements
Soil health has improved markedly, and with higher organic matter levels he finds they are easier to manage. This has resulted in higher yields and reduced diesel use.

Taking a min-till approach with the introduction of an Amazone Cayena cultivator drill has seen work rates double while using only 25% of the diesel.

He has kept depreciation in check by adopting a tractor replacement policy of 10,000 hours or 10 years, and his real-time budgeting spreadsheet is a valuable aid when selling grain.

David’s eventual aim is to adopt direct drilling. Soil health has improved to a level where a field of spring oats has been successfully direct drilled this year.

But it’s not just on his own farm: the wider industry is also benefiting from his spreadsheets.

He has engaged with policy makers over the nitrogen rules by showing that high yielding crops have a greater N need than is currently allowed.

David is making great use of data with his real-time budgeting and profit maps aiding decisions. His hunger to learn, through on-farm trials and taking part in Yen, has seen yields rise.

In numbers
• 380 days a crop of OSR can be in the ground
• 20% increase in OSR yields in two years of Yen
• 4.5-6% range in soil organic matter content
• £76/ha current depreciation for buildings and machinery
• 1hp/ha total tractor power at Sweethope Farm.

“Arable farming involves a diverse range of skills, from an understanding of soil biology to the fundamentals of market economics. These finalists demonstrate that it is possible to meet the needs of the market while protecting the environment and be profitable.”