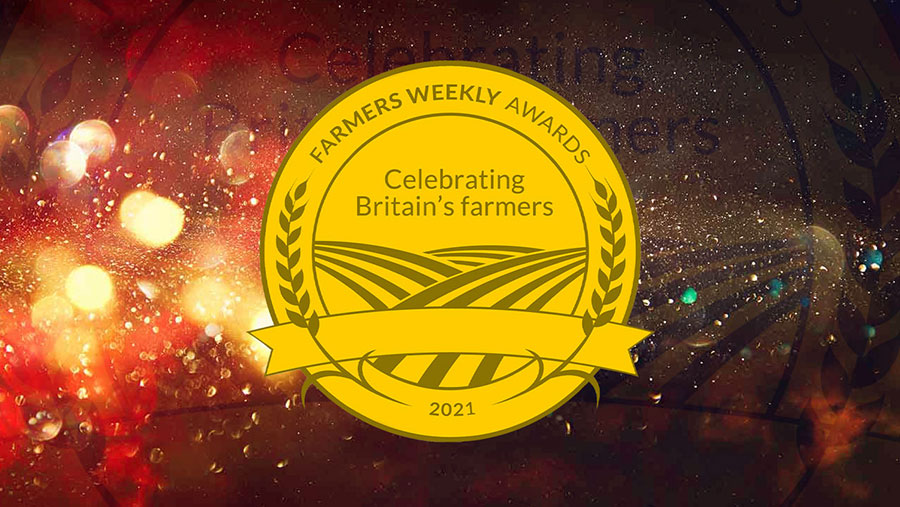 The 2021 Farmers Weekly Awards finalists have been chosen. Read on to find out more about the 44 innovative farmers, entrepreneurial contractors, expert consultants and hard-working students that made our shortlist.

The judging starts now, and the category winners – as well as the overall winner of the coveted Farmer of the Year Award – will be named at our ceremony at London’s Grosvenor House hotel on Thursday, 7 October.

See also: Keep up with the latest Awards news

Ag Student of the Year

Jessica Langton, Northgables, Aldercar Lane, Derbyshire
Strong business acumen and a keen interest in bovine genetics at the University of Nottingham is fuelling Jessica’s mission to carve a sustainable path for UK dairy.

Arable Adviser of the Year

Mike Harrington, Ginge, Oxfordshire
Mike is managing director of Edaphos, an agronomy consultancy he set up with a strong focus on improving soil health and reducing inputs.

Andy Barr, East Lenham Farm, Maidstone, Kent
Andy is a regenerative agriculture pioneer who started out 20 years ago. He is now seeing real benefits from improved soil health on the 430ha of combinable crops he manages, including milling wheat and malting barley.

Simon Best, Acton House Farm, Poyntzpass, Newry, County Armagh
Simon has overseen the transformation and expansion of Acton House Farm from a mixed system to one that is predominantly arable focused, with 465ha of cropping including wheat, oats, barley, oilseed rape and beans.

Stephen Briggs, Whitehall Farm, Peterborough, Cambridgeshire
Stephen grows 110ha of organic crop, including oats, and has seen yields rise by 25% over the past 14 years. He is also using technology, including GPS-guided weeders, and has adopted controlled traffic farming.

Aled and Iwan Evans, Rest, Whitland, Carmarthenshire
Since starting their business six years ago, the Evans brothers have honed efficiency and grassland management on their 630-head dairy and beef-finishing enterprise. They also run 700 breeding ewes and finish store lambs.

Ian Norbury, Mobberley Angus, Knutsford, Cheshire
Ian has grown demand for beef and genetics from his herd of 115 Aberdeen Angus spring-calving cows. A grass-based system has cut costs and he has started looking at outwintering youngstock to increase profits.

Diversification of the Year

Alison and Fergus Younger, Old Leckie Farm, Gargunnock, Stirling
After taking over the family farm in 2012, Alison and Fergus have built up a thriving online shop delivering their produce to 225 households on a weekly basis.

Tom Chanter, FWS Carter & Sons, Woodbury Salterton, Exeter
Labour and machinery efficiency have been improved by Tom in the arable and beef business he manages. Better grades are being achieved for 3,500 cattle finished annually, with further value added by selling more through the farm’s shop.

Jake Freestone, Overbury Enterprises, Overbury, Tewkesbury, Gloucestershire
Jake has moved a 1,600ha combinable crops and sheep operation to a regenerative system. Proud of the increased biodiversity he has achieved, he aims to introduce more livestock and is a prominent ambassador for farming.

Edward Vipond, Troston Farms, Park Farm, Stanton, Bury St Edmunds, Suffolk
Wholesale changes to rotations and machinery policy have been made by Edward on the 1,542ha farm to address poor structure across soils ranging from clay to sand. Reducing risk is a focus, especially on the light land.

Grassland Manager of the Year

Bill and Suzanne Harper, Trepoyle Farm, North Tamerton, Cornwall
Bill and Suzanne are developing a low-fertiliser grazing system with rotational grazing for suckler cows, dairy calves and a flock of Lleyn ewes on their farm in the Tamar valley.

Mark Housby, Peepy Farm, Bywell, Northumberland
Farm manager Mark has overseen a whole-farm grass reseeding and grazing infrastructure programme for the reintroduction of dairy cows to Peepy Farm, which is part of the Allendale estate.

Livestock Adviser of the Year

Mike Bray, Kite Consulting LLP, The Dairy Lodge, Dunston Business Village, Dunston, Staffordshire
Mike works with 35 dairy businesses to advise on all aspects of production, from genomics through dry cow management to early calf nutrition. He has a specialist interest in progressive US barn systems of milk production.

Rachel Hayton, West Hill Barns, Evershot, Dorchester, Dorset
Rachel is a senior clinician and shareholder of a major veterinary practice. She is the primary vet for six dairy clients, offers a mastitis consultancy, is involved in research and training, and is a member of a number of industry bodies.

Ian Ohnstad, The Dairy Group, New Agriculture House, Blackbrook Park Avenue, Taunton, Somerset
Ian is a dairy husbandry consultant with an interest in milking systems, and advises on the interaction between the milking machine, the milker and the cow. He is involved in a number of national and international associations.

Mixed Farmer of the Year

Huw and Meinir Jones, Bryn Farm, Cardigan, Ceredigion
Huw and Meinir pride themselves on the development of a regenerative beef and arable system. A focus on grassland management using no artificial fertiliser yields more than 11t/ha of dry matter.

Paul Temple, Wold Farm, Driffield, East Yorkshire
The shift to conservation agriculture is cutting overall nitrogen use by 25% across Paul’s beef and arable farm, where chemical sprays are being reduced to maximise the efficiency of soil biology.

Richard Mellor, Grange Farm, King’s Lynn, Norfolk
Grange Farm is a 990-sow outdoor unit run on a two-week batch production system. Pigs are weaned at five weeks and are moved to BQP growing farms for the BQP/Pilgrims supply chain. The unit is run as the main enterprise on a 145ha council farm that Richard secured seven years ago.

Justin Willoughby, JH Norman and sons, Bicester, Oxfordshire
Since joining Park Farm in 2012, pig farm manager Justin has implemented changes leading to weaned pigs per sow increasing by 30% and the sale of pigs almost doubling. Significant cost savings have also been made.

Nick and Maria Davis, Usk Vale Poultry, Pontypool, Monmouthshire
Usk Vale Poultry started out supplying turkeys for the Christmas trade, but has expanded to include broilers and a slaughterhouse to process other farmers’ birds. New technology has also helped improve efficiency.

Len and Pete Olds, Cornhill Farm, Camborne, Cornwall
Len and Pete Olds keep about 13,500 free-range laying hens in four flocks with an emphasis on high welfare. There is a strong focus on marketing since the business elected to break away from a national packer last year.

Alwyn Phillips, Pen Y Gelli, Caernarfon, Gwynedd
Alwyn has been performance-recording Texels and Poll Dorsets for more than 40 years. Basing his breeding decisions on a grass system results in functional rams fit for the commercial realities of sheep farming.

Benjamin Clappison, Cowlam Grange, Driffield, East Yorkshire
Benjamin, 24, is a partner in his family’s business. Having worked as a farm mechanic in Australia, he is keen on new technology and finding diverse income streams.

Dafydd Edwards, Groesasgwrn, Kidwelly, Carmarthenshire
Dafydd, 20, has returned to work on his family’s dairy farm after completing an agriculture degree. He does his own artificial insemination and foot-trimming, and has started a fencing business.

Harriet Ross, Newseat of Drumbreck Farmhouse, Ellon, Aberdeenshire
Harriet, 29, runs an arable and pig business on a tenant farm. She is in the process of taking on her parents’ farming business and is also a full-time consultant.

The Farmers Weekly Awards 2021: Our sponsors 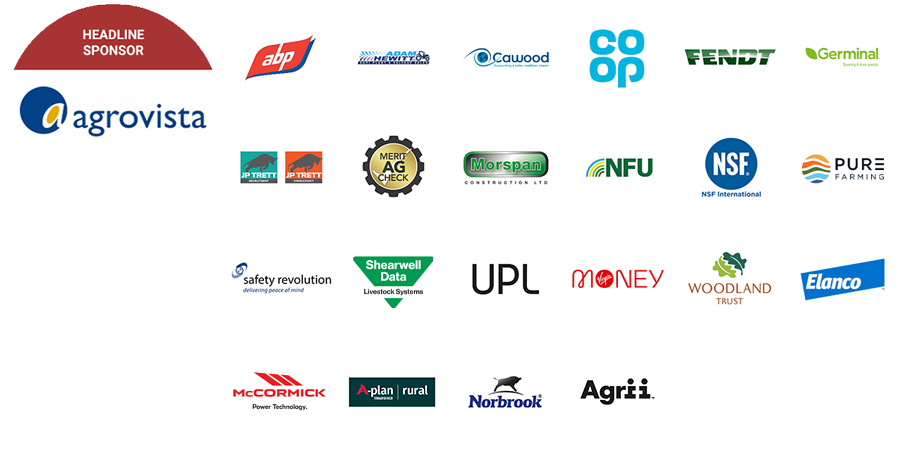