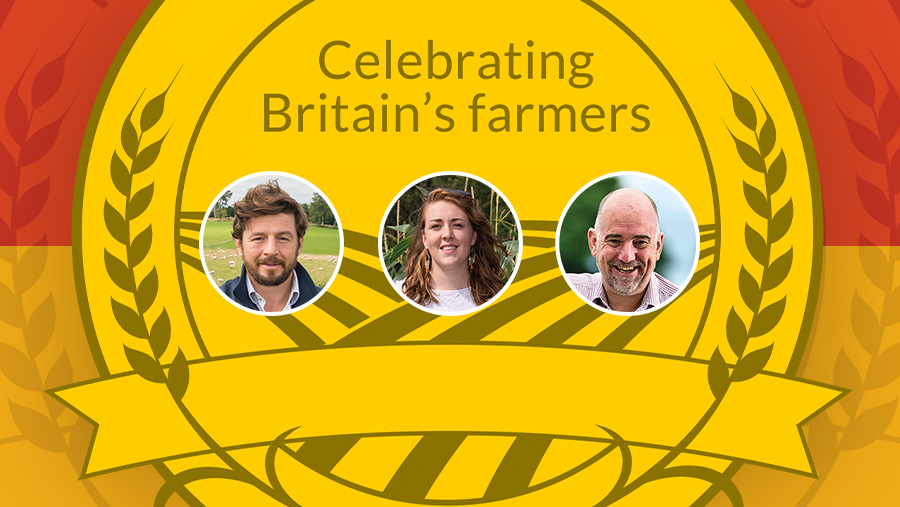 The best farms never stay the same and the best farmers never stand still. Whether integrating new technologies and techniques, or finding new ways of working and business arrangements, the most successful farmers realise the challenge of getting better never stops.

The finalists of the 2020 Farm Innovator of the Year award were nominated for displaying the most innovation in addressing key challenges on their farms.

This award will be given to the finalist whose approach has helped tackle a key issue and given tangible benefits to the business.

The competition was tough, but the judges used the following criteria to identify those who are going the extra mile:

Farm Manager of the Year finalist
Peter’s enthusiasm and inventive streak mean there’s always something new on the horizon at Saughland Farm.

In just four years, he has transformed productivity, moving from an indoor lambed high-input flock to an outdoor performance-recorded, forage-focused operation on intensive rotational grazing. 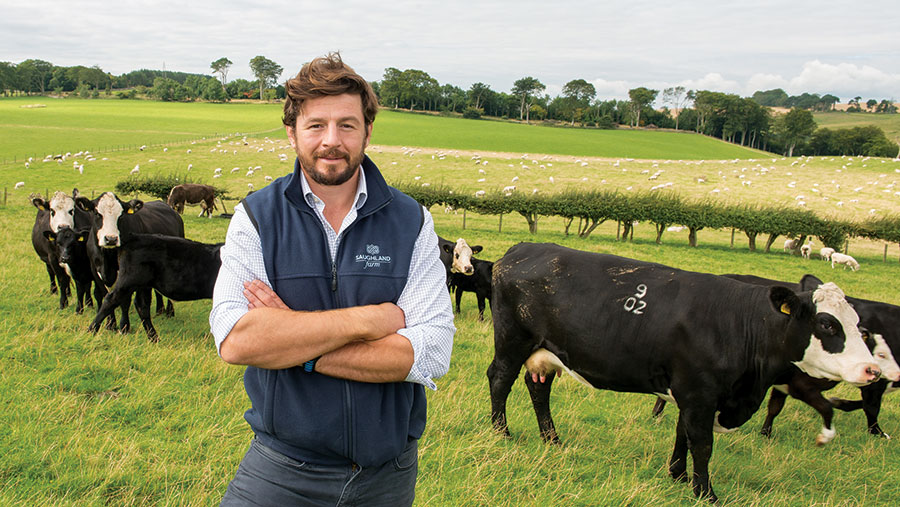 Alongside introducing wide-ranging agri-environment and conservation management measures, he has more than doubled sheep numbers and switched sheep and beef breeding to animals more suited to the land and the market.

Peter works collaboratively on many fronts – hosting the Lothians Monitor Farm project with his neighbour, as well as introducing a profit-sharing agreement for away-wintering a West Coast farmer’s youngstock, improving returns for a low capital risk.

Field swaps with a neighbouring arable unit offer a biosecure approach to bought-in steer finishing, while the arable business gets the rotational and soil benefits of red clover and organic matter from livestock.

His focus on performance includes a targeted selective lamb worming trial to identify those less affected by worms, reducing both costs and resistance.

He has also instigated a project – with Herriott-Watt University, Moredun Research Institute and independent consultant 5Agri – to digitally detect which lambs belong to which ewe and aid selection decisions.

Many things mark Peter as an innovator – his use of collaboration for mutual benefit, the application of technology in striving for top performance and his ability to think beyond what is current practice”

This is no fanciful business plan written just to tick off a mandatory piece of coursework – she is turning her diversification idea into a reality, working with Basingstoke farmer-cum-venture-capitalist Adrian de Ferranti, who was her “client” for the assignment. 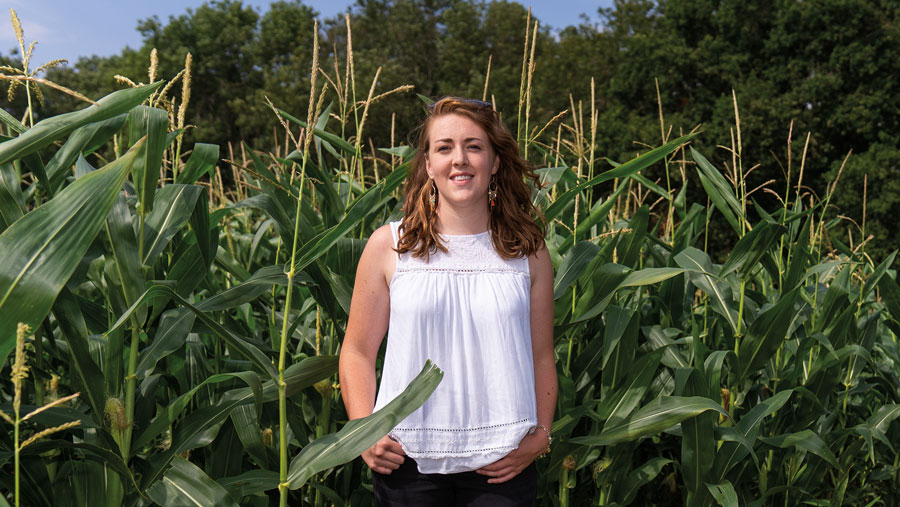 Rosa has been developing gluten-free products over the past few years with the aim of creating cricket protein product ranges for sale in health food stores and – eventually – supermarkets, giving farmers an end market for the crickets.

It’s a sustainable, low-carbon on-farm proposition: crickets have modest space, water and nutritional requirements, and can be fed on waste fruit and veg. By-products from the creation of the insect protein powder can even be used as fertiliser.

With the value of the cricket protein market expected to reach $1.3bn (£998m) by the end of 2025, her scalable diversification franchise will offer a guaranteed income that UK farmers can fall back on in hard years.

Rosa didn’t grow up in a farming family, which gives her a fresh perspective on agriculture’s challenges. Her environmentally friendly and sustainable diversification proposition is both innovative and pioneering”

Arable Farmer of the Year finalist
Tim Parton wanted a direct drill that can place microbes next to the seed, as well as drill two crops at the same time accurately. But there were no off-the-shelf drills on the market that could do this.

Undeterred, he went about modifying a John Deere 750 direct drill with an engineer. The first requirement on his list was to place microbes, which he brews himself in a big tank, with the seed. 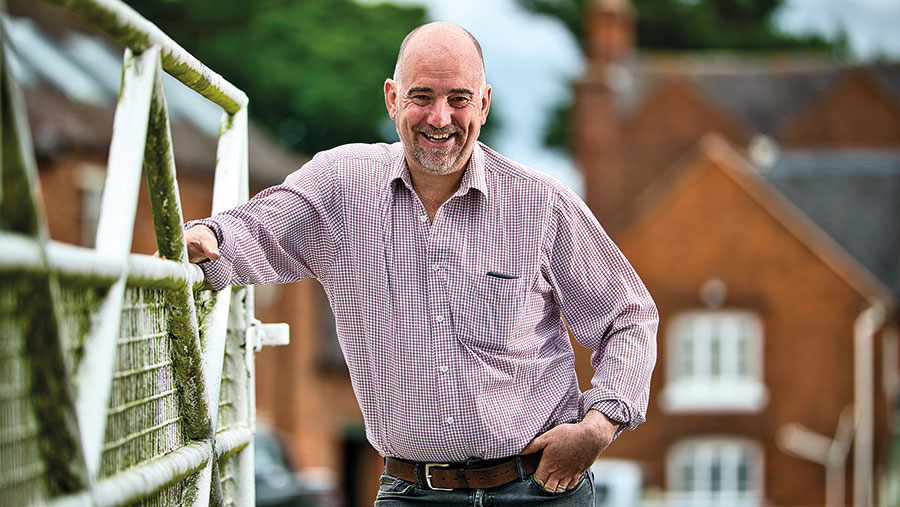 The innovative mix includes nitrogen-fixing and phosphorus-releasing bacteria. An application system pipes the exact amount of liquid next to the seed, where it is needed.

Next on his list was the ability to drill the crop along with a companion crop at the same time without seed levelling off in the tank.

He achieved this by adding two further hoppers on the rear, allowing him to broadcast seed or feed it into the coulters to drill two different crops at the same time.

A third hopper was fitted so that he could also blow seed into the venturi, mixed with the main crop seed.

The heavily adapted drill is enabling Tim to slash fertiliser inputs (nitrogen and phosphorus), as well as work with biology to enhance crop yields.

He is also making good use of companion cropping and undersowing OSR with clover. His ultimate aim is to grow crops with very reduced inputs.

Tim is passionate about biological farming and has gained an impressive knowledge of soil biology. He has shown much innovation adapting his direct drill to apply microbial brews.”

The Farmers Weekly 2020 Farm Innovator of the Year is sponsored by Co-op.

“2020 demonstrated that we can never predict the challenges that lie ahead, but those who embrace innovation will be the ones best placed to navigate the unknown while helping to ensure the UK’s agricultural industry can look forward to a sustainable future.”
Caroline Mason, head of agriculture, Co-op