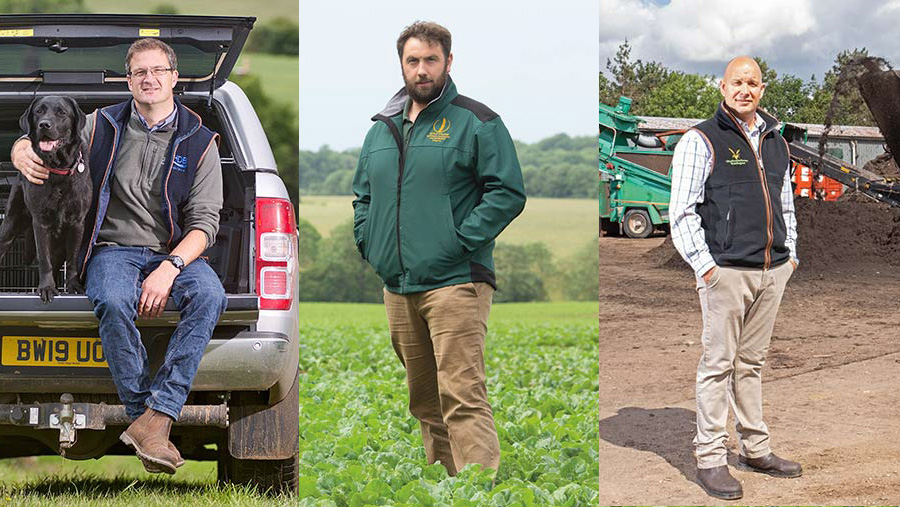 Passion, dedication, fantastic attention to detail and a genuine care for the development of their staff – the 2019 Farm Manager of the Year finalists share many attributes.

They also share challenges, but are meeting these with innovative approaches. The judging process was a privilege, allowing an insight into how three very professional managers achieve great results for their farms and their employers.

Three quite different farms in Warwickshire, Essex and Bedfordshire showcased great use of technology and a willingness to innovate, collaborate and share knowledge for the benefit of the wider farming community. 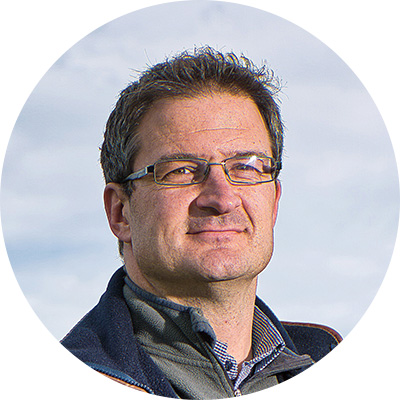 He is responsible for planning, budgeting, buying, selling, recording, repairing and innovating on the 400ha owned farm and on a further 360ha of joint venture land.

On joining, he was charged with making the business more efficient by spreading machinery over a larger acreage, as well as increasing yields.

His effectiveness in these areas is clear, with  lower machinery costs through joint ventures, while five-year average wheat yields have risen by about 1.5t/ha since he arrived.

In future, the farm must be profitable before BPS by 2022 and in a rotation that fits with the new Countryside Stewardship agreement.

Rob also helps with staff matters for the storage arm of his employer’s business.

Joint ventures
Instigated by Rob, the farm currently has two joint ventures and is looking for a third. It also has two small contract-farming agreements.

Rob is responsible for operations and agronomy on the whole acreage and does about 50% of the spraying, drilling and fertiliser applications.

Basis and Facts qualified, he employs one full-time person and provides all the labour to the joint venture, while the machinery is owned separately by each member farm business. Two or three harvest staff are also taken on.

“Within that, we have also invested in more precision farming technology, such as the Isaria sensor for variable-rate nitrogen, and we have also taken the decision to move from a wheeled front-line tractor to a rubber tracked crawler. These are all contributing to more efficient and consistent crop establishment,” says Rob.

Technology and performance
The focus is on maximising yield across the farms’ heavy Grade 3 land. Increases have been achieved partly through attention to detail on poorer land and by maximising the potential of the better land.

Precision farming applications used include GPS auto-steering, variable-rate fertiliser and seed alongside reduced traffic, all contributing to the yield increases.

Spreading costs over a larger acreage has allowed him to invest in technology that the farm on its own would not be able to afford.

This includes the Isaria crop sensor, allowing variable-rate nitrogen application in real time and monitoring and mapping of crop biomass.

All application operations, such as planting, fertilising and spraying, are documented in the cab and uploaded to the office management software, almost eliminating paper records.

Blackgrass is being tackled with robust pre-emergence treatment, increased seed rates across the board and through using a double spring break crop.

Farmer and public facing
A good deal of Rob’s time over the past eight or so years has been taken up by his involvement with the AHDB, first as a Monitor Farm and more recently as a Strategic Arable Farm for 2017-2023.

This role and profile has benefitted him personally and the business as a whole, as well as offering the wider farming community a forum for discussion and comparison.

“Monitor Farms bring like-minded farmers together to discuss practices and share knowledge to help each other farm better. Benchmarking has allowed me to drill down into my costs and better understand my business,” he says.

The group looked at problematic weeds, soil health and cover crops, among other areas.

The Strategic Farm role takes AHDB research to farm level and is kicking off with root development, CS agreements, reduced inputs and getting a better understanding of soils.

His profile through the AHDB involvement means Rob hosts many visits from interested farmer groups, most recently a German group facing many similar agronomic issues to those in the UK.

Aside from this, the future includes possible diversification into event organisation on part of the farm as well as primary and nursery school visits.

The people Rob works with, and for, clearly value him as a meticulous planner, efficient operator and great communicator. His success in the AHDB role has demanded much time and dedication. 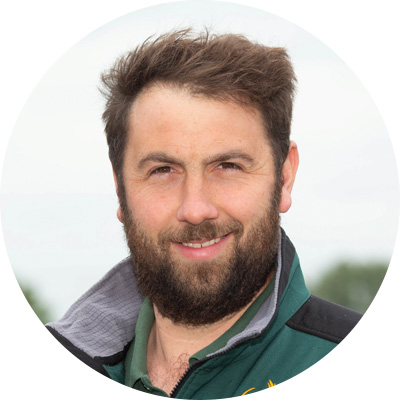 In his seven years with the business, John has also raised the profile of staff management and introduced a drainage contracting business.

Machinery investment has focused on kit that will help raise productivity through timeliness and reducing staff hours, as well as having the scope to bring in contracting income.

The home-farmed land stretches between six holdings with an 18-mile spread between the furthest points.

John extends his role beyond the farm, talking about his experience with soya, as well as hosting student and farmer visits. He is also chairman of his local NFU branch.

Soil health
Sewage sludge, compost and reduced traffic farming are all part of John’s plan for improving soil health. A significant development in this respect has been the purchase of the farm’s own drainage machinery.

The cost of a contractor drainage quote early in 2015 led him to assess whether the farm should carry out its own drainage work.

“The saving we made by doing it ourselves compared with using contractors paid for the equipment in the first two years,” he says.

The success of drainage work so far has led to the original five-year plan being extended to 10 years to cover all the land and a second-hand self-propelled trenching machine has trebled output.

Wheat yields on the newly drained land have improved by 0.97t/ha, while the drainage and arable contracting enterprises are adding significant additional income.

Staff focus
John’s inclusive approach to staff management means the team is involved in many aspects of the farm’s management, including budgeting, BPS applications, crop walking and machinery purchase decisions.

Three of the current team of five started as summer casuals and were recruited as full-timers when positions became available.

Team meetings are held before and/or after campaigns such as harvest and drilling. Regular meetings are chaired by a different staff member each time, with John stepping back.

The aim is to work smarter, not harder, as well as working towards everyone being able to operate every machine.

Keen to develop the whole team, John has gained a place on the AHDB’s Professional Manager Development Scheme.

In addition to an annual appraisal for all staff, he has introduced the concept of them appraising him, with productive results.

Risk management
Changing weather patterns and adapting to the new cropping have been some of John’s biggest challenges.

With full autonomy in decision-making, he introduced large acreages of both soya and sugar beet in 2017.

He runs a 15-year machinery replacement budget and extremes of wet and dry have led to decisions to invest in kit that can get the job done in a timely fashion.

The 2012 drought also prompted the purchase of three additional irrigators, all of which have been needed in six of John’s seven years on the farm.

The blackgrass challenge is being addressed, with a high proportion of spring cropping so that young blackgrass can be targeted in autumn, also through the use of cover crops.

The farm’s placement student’s project is assessing the value of cover crops, looking at worm counts, root depth and infiltration.

The decision to drop rape from the rotation appears to have hugely reduced slug numbers.

All wheats are Groups 1 and 2, with six varieties grown for specific markets and supplying local mills.

He also wants to expand the contracting operation and maintain quality in the operation. To this end, maintaining staff motivation and their involvement in decisions will continue.

Proud of his young team, John clearly relishes a challenge and is not afraid to innovate. His passion for doing a good job shines through and his mission to improve soil health is bringing productivity rewards. 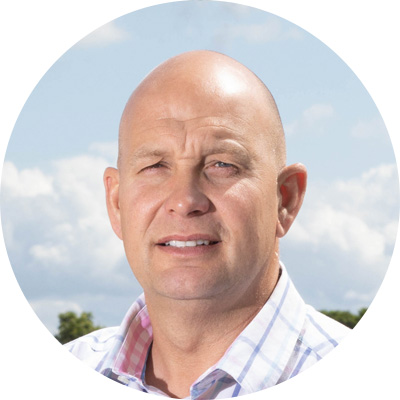 Aside from the technical days, events for the public include visits from schools, local clubs and hosting the county YFC rally.

Staff recruitment, retention, training and development are given great priority, including for the four harvest students taken on each year.

Marketing is a careful mix of pre- and post-harvest sales, mainly to local mills.

Andrew has been with the business for 15 years and in 2011 set himself the objective of ensuring the farm not only survives, but prospers post BPS.

Technology and farm trials
Technology is taken up readily, with variable-rate P and K having been implemented since 2005, lime in 2006, seed in 2009 and nitrogen in 2011.

Group 1 wheat yields have grown 31% from 8.62t/ha when Andrew joined, to the current five-year average of 11.29t/ha, with significant increases in oilseed rape and spring bean yields too.

“One reason we are able to push the business forward is that we do a huge amount of trial work, both in conjunction with companies such as Openfield, Hutchinsons and BASF, and our own trials,” says Andrew.

“On-farm trials ensure the quickest and best results for our farm under our management in our climate.”

He stresses that all trials are totally independent, with the farm staff doing all the counts and recording, as well as deciding on the inputs.

Staffing
The two full-time farm employees are heavily involved with the planning and management of operations. Both also like new technologies and push Andrew forward. They play a huge role in making the harvest students feel part of the team.

Health and safety is a priority, with daily checks rigorously carried out and an annual briefing from an outside consultant.

The team has just started to use the “Just three words” app, which alerts emergency services and others to a GPS location within a 3sq m range. The Claas Farm Scout app is also used for management and communication.

Compost business
The green waste compost venture was established before Andrew joined the business, but within weeks of joining, he increased the volume by 9,500t to 12,000t.

As with everything else that comes on to or leaves the farm, it goes over the weighbridge, with the local authority paying a gate fee based on that weight.

Providing a relatively steady monthly cashflow, the compost enterprise shares machinery and labour with the farm, and is a good fit, says Andrew.

Contractors shred, screen and spread the material, while the farm staff and a local casual do the carting and turning.

It is a 12-week process to make the compost, with it being turned a minimum of five times. All of it is used on the farm and plays a big part in soil conditioning and improvement, along with sewage sludge.

The business achieved PAS 100 status for its compost in 2017, a British Standard quality specification for compost.

Andrew is determined to get the very best from the land and people he manages. The results speak for themselves, in productivity levels and a highly motivated team whose technical skills are being developed.

“Safety Revolution is proud to sponsor the Farm Manager of the Year category. This  recognises excellence in one individual who has gained expertise, shows leadership and concern for the safety of their team, ultimately protecting their employer and the business”.