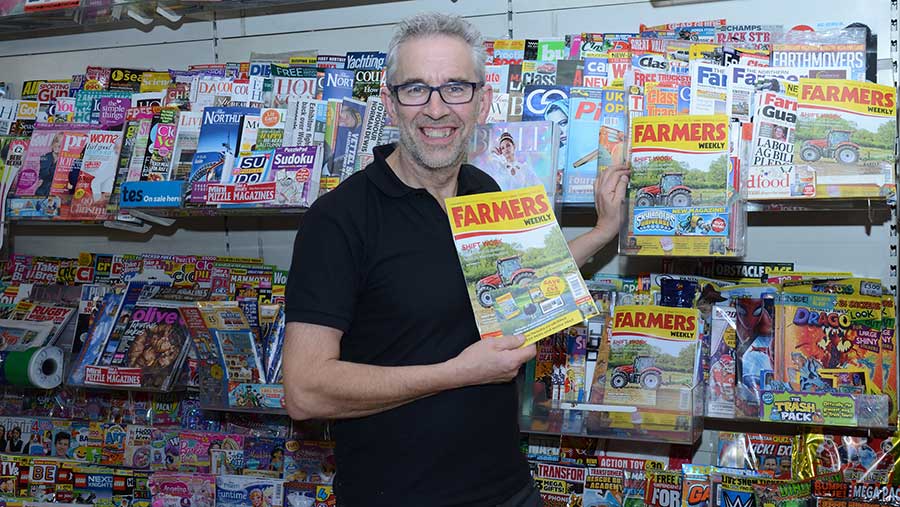 Mr Penfold, who runs a newsagent in Morpeth, Northumberland, beat off tough competition to win the accolade.

FW judges were impressed by his support for Farmers Weekly and his understanding of farmers and the agricultural industry.

Mr Penfold said he was “thrilled and humbled” to receive the award.

He added: “A lot of my customers are farmers and working long hours myself, I know how hard they work to keep the nation fed and look after our environment.”

Mr Penfold says he actively promotes Farmers Weekly to his customers, from both farming and non-farming backgrounds.

He has even been known to deliver copies himself to farmers who are too busy to pop into his store.

Mr Penfold was invited to attend the FW Awards event on Thursday 3 October where he was presented with his certificate and a £1,000 prize.