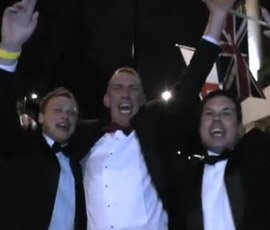 Armed with a camera we managed to capture the Farmers Weekly Awards night as it has never been seen before.

To the tune of Journey’s Don’t Stop Believing hundreds of you volunteered your voices and dance moves to create the first ever Farmers Weekly music video.

This film needs no further introduction other than to credit the musical maestro behind it, Daisy Jenks, who ensured you all pulled out your slickest moves. Enjoy and see you all next year.

Keep up with the latest from the 2012 Farmers Weekly Awards