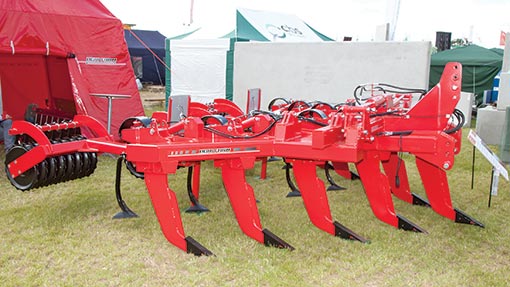 The Austrians might not have made it to the World Cup, but the consolation prize was a first trip to Cereals for one of its more popular cultivation kit builders.

Agri Farm started life in 1977 as an importer for the likes for Martin Lishman and Rolland in Austria, before it turned its hand to manufacturing its own tillage equipment a few years ago. It currently builds around 400 machines each year and exports almost half to Germany, Holland and various other parts of Europe, but is currently on the look-out for a UK distributor.

The nine legs demand a 250hp workhorse to do the pulling, and there’s an unusual three-section roller at the back. The design brings the heavy centre section closer to the tractor to save seesawing and also means it’ll fold within 3m British road limits.