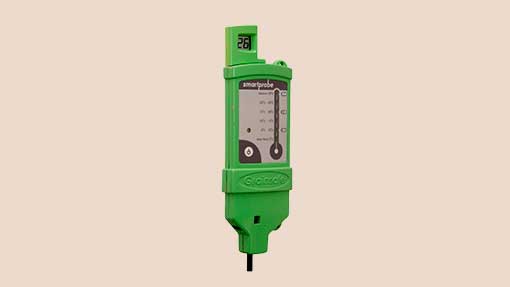 That means you can see if there’s a problem right at the start when it’s relatively easy to do something about it.

In fact, the probe takes a reading every five seconds so there’s no danger of overlooking things. The units can be moved around easily and they go for about six months between chargings.