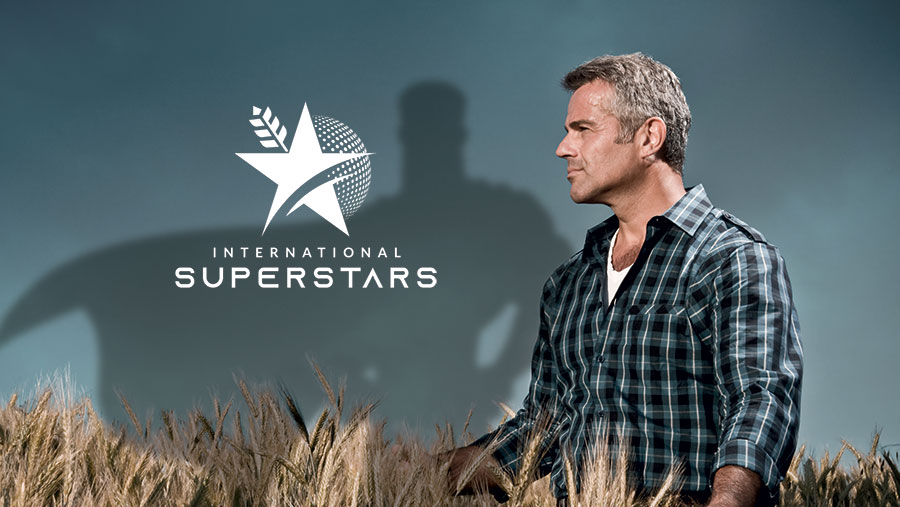 Farmers Weekly’s International Superstars are growers from around the world who are leading the way in adopting new technology and practices to drive crop performance.

These four innovative farmers have smashed yield plateaus while improving the quality of soils, diversified to spread risk and introduced robots to improve production.

You can hear from our pioneers in the Farmers Weekly Theatre at Cereals on 12 and 13 June.

Read about the growers from Canada, Australia, The Netherlands and Kenya.

The Canadian farmer taking no-till to the next level

Soil health is at the heart of a sustainable and profitable Ontario business, which is also building resilience through niche markets. 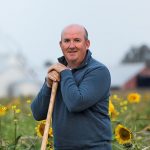 Canadian grower Blake Vince, who farms 485ha on the edge of Lake Erie, has significantly enhanced both soil and water quality through long-term dedication to no-till.

Evidence of the positive effect his system is having across his land can be seen in the organic matter levels of his Brookston clay.

Neighbouring farms that still cultivate typically have soil organic matter levels of 1-2%, while Mr Vince’s have gradually climbed to between 4.5 and 6% since his father adopted no-till in the early 1980s.

Improvements have recently been accelerated by incorporating multispecies cover crops into the rotation, and modifications to his John Deere 7000 and 1990 CCS drills allow him to “drill green” to protect soil structure and retain moisture.

While other growers have gone back to cultivating in recent years, Mr Vince has remained steadfast in his no-till philosophy – and it has paid off in times of drought, helping to maintain yields while others saw losses.

Mr Vince has also bucked the trend and opted to grow non-GMO maize and soya beans for local niche markets.

His aim is to increase farm income and overcome economic challenges by growing commodity grains – further improving the resilience of his business.

He takes pride in how the farm is now 100% owned and its primary resource – the soil – is in good condition for the next generation.

Such is the strength of Mr Vince’s reputation and social media following, he is now able to communicate the benefits of no-till “biological” farming to others across the world.“It is all about roots, not iron,” he says.

Queensland farmer and entrepreneur Andrew Bate is at the forefront of the agricultural robotics revolution, using a commercial robot for autonomous spraying, fertiliser spreading and mowing. 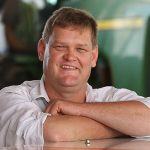 Specialism Practical application of robotics and automation in agriculture and horticulture

Based near Emerald in the Sunshine State’s Central Highlands, he looks after more than 9,400ha of mixed cropping and pasture for beef cattle.

When production gains made by adopting big machinery and chemical inputs 10 years earlier had plateaued, Mr Bate looked to push his business to the next level.

At the time, robotics was expensive and largely confined to military and mining.

But Mr Bate quickly tuned in to its potential to deliver smaller, lighter autonomous machines that could increase efficiency, cut costs and reduce the environmental impact of farming.

He tapped in to a hotbed of expertise in Australian Universities, and founded SwarmFarm Robotics five years ago.

The company’s simple 78hp four-wheel drive robots weigh about 2,000kg and can carry a 1,000-litre spray tank or tow a 3t fertiliser spreader on a gooseneck coupling system, at a max speed of 10kph.

Cameras allow the robots to identify and spot-spray weeds, dramatically cutting chemical bills and helping in the fight against herbicide-resistant weeds.

An autonomous “dock and fill” system is being released this year, marking a big step towards 24-hour spraying and fertiliser operations.

The machines working on Mr Bate’s farm have now clocked up more than 12,000 hours. Other SwarmFarm units work in Queensland and Western Australia, and the firm’s first export will be shipped to Brazil soon.

Further domestic orders are on the books, and Mr Bate believes the lack of subsidies in Australia helps foster innovation and faster adoption of new technology and production methods. “It has been the ideal place to roll it out,” he says.

Mr Van den Borne and his brother are third-generation farmers based in the village of Ruesel, in the south east of the country.

When they took the reins of the family farm in 2006 land was in short supply, which ruled out improving output by increasing acreage. 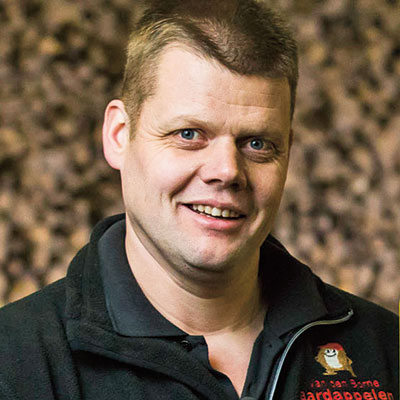 This triggered the farm’s journey into precision technology, starting with GPS for tractors and sprayers to increase the accuracy of applications via section and variable-rate controls.

With an average field size of 3ha, each with multiple corner points, the better application accuracy meant significant savings in fertiliser and chemical that repaid the financial investment within three years.

For the past eight years, the brothers have been looking to move to next level by learning, adding to and optimising what they have.

Working out the yield potential of the farm’s predominantly sandy soils has been key to progress. Mr Van den Borne also developed his own yield-mapping system for his potato and sugar beet harvesters.

After identifying where crop variability was occurring, it has been a process of working out how to maximise each hectare’s potential in a cost-effective, environmentally sensitive way.

“Our data now shows we have increased overall potato yields by 1% per year by killing all the mistakes in our old system,” he says.

The farm has tried, or is successfully using, every piece of cutting-edge tech available, from soil scanners and moisture probes to variable-rate irrigation, fertiliser, sprays and seeding.

“Everything has to pay back. About half of the technology that we’ve tried has worked, and that is a pretty good result.”

Farming under the equator, 4,000 miles away from Britain, you would assume that arable farming in east Africa is nothing like it is in the UK. Except you’d be very wrong. 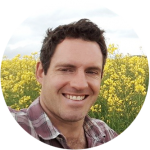 David Jones, a proud independent agronomist who left the UK in 2016 for Kenya, points out that cropping, machinery and growing conditions are surprisingly similar to those back at home.

Sitting 2,000-3,000m above sea level, crops he manages get a similar dose of yearly rainfall as farms on England’s south coast, and the length of growing season is the same too.

Temperatures range from 10-30C with the odd frost in January and soils are mostly a medium loam with some heavy clay.

As in the UK, good establishment is vital for oilseed rape crops and seed-bed moisture often plays a deciding factor in success during a dry spell. Getting rapeseed into enough moisture requires a bit of digging, so they use an Australian system with a “moisture seeking tine”.

This clears a small trench to the correct depth, placing the seed deeper than normal without burying it in too much dry soil.

Good establishment allows seed rates to drop well below the UK norm and still results in bumper yields. Drilling seed at 1.2kg/ha and a “precision crop mentality” using leaf testing to give plants the precise nutrients that they need has pumped yields up to 5t/ha.

Earlier this year David was involved in growing a 11t/ha crop of spring barley – an unofficial world record yield.

Careful canopy management by testing the crop and delivering an accurate dose of nutrients needed, rather than applying inputs regardless, have helped return this stonking spring barley yield over a 3ha block.

He says it is also possible to cut back significantly on costly fungicide sprays by focusing on crop nutrition.

Come and meet our International Superstars

Our pioneering growers will be speaking on 12 and 13 June in the Farmers Weekly Theatre at Cereals 2019, Boothby Graffoe, Lincolnshire.

For more details and to get your ticket, visit www.cerealsevent.co.uk

Canada
Grower Blake Vince on the benefits of no-till “biological farming”
The time: 2pm on 12 June and 11.45am on 13 June

Australia
SwarmFarm Robotics’ Andrew Bate on how automation is transforming commercial farming
The time: 10.30am on 12 June and 2.15pm on 13 June

The Netherlands
Jacob van den Borne on using precision farming technology to reduce crop variability and raise yields
The time: 11.45am on 12 June and 3.30pm on 13 June

Kenya
David Jones will share the many parallels between UK and Kenyan arable farming, offering advice on improving yields and nutrition
The time: 3.15pm on 12 June and 10.30am on 13 June