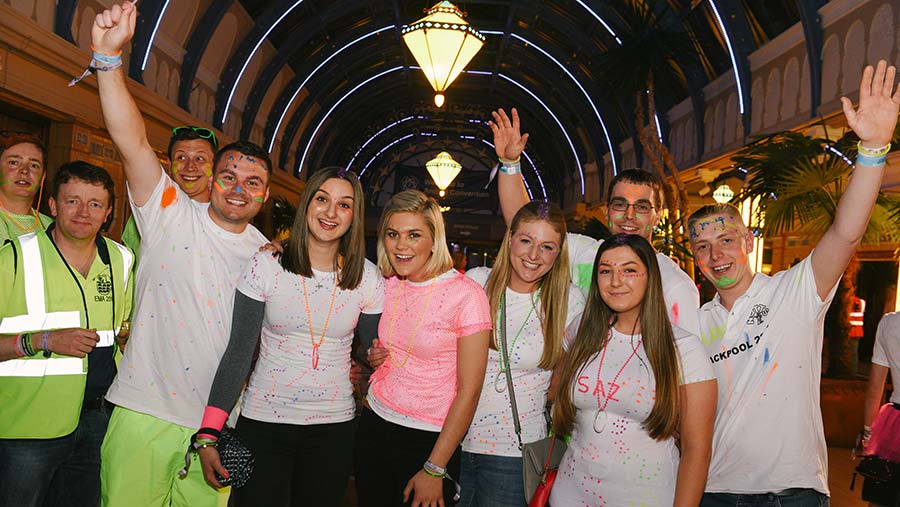 The National Federation of Young Farmers’ Clubs (NFYFC) will no longer hold its annual convention after half a century of events, following a review of the popular weekend.

The NFYFC’s board of management agreed that the successes of the event had been overshadowed in recent years by incidents taking place beyond official activities, and attempts to tackle these issues had not worked.

The national chairman of the organisation, Lyndsey Martin, said she had been “ashamed” after a handful of young farmers were caught on camera committing anti-social behaviour including kicking cars during this year’s convention in Blackpool.

The organisation admitted it would have to dip into cash reserves to offset the loss of the £200,000 of revenue generated by AGM adding that replacement events would not be in place by April 2019.

An official statement said the event was created to showcase the achievements of members, hold national competition finals and to host its annual general meeting, and that it was now time for the federation to “refresh its offer to members”.

“While NFYFC recognises this will be disappointing news for many YFC members, partners and sponsors, the organisation is looking at how it can explore new opportunities to move forward,” a spokesperson said.

The decision comes as the organisation moves to become a charitable company, which will involve a complete review of its governance and structure.

The spokesperson added: “NFYFC will continue to work with the membership to develop a new five-year strategic plan to ensure the organisation is relevant for rural young people today and in the future.

“This will create a programme of activities that delivers skills for life and helps young people aged 10 to 26 to achieve their full potential.”

The NFYFC has posted a full FAQ for concerned members on its website.