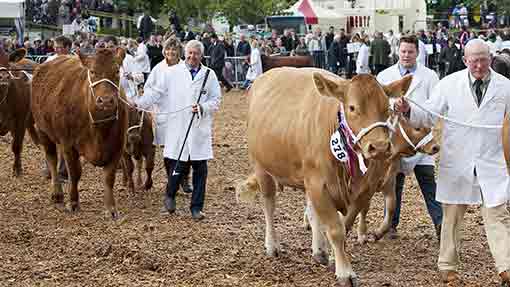 Organisers of the Devon County Show have revealed that the cost of cancelling the rain-hit event will reach £500,000.

The Devon County Agricultural Association cancelled the final day of the show – Saturday 24 May – after heavy rain swamped car parks, turning them into quagmires.

Tractors were used to tow cars on to and off the site at Westpoint, Exeter, on the Friday afternoon (23 May).

But the extra measures could not prevent a number of accidents and the DCAA was forced to cancel the final day for safety reasons.

The DCAA has also revealed that its insurance policy did not cover any losses incurred through wet weather.

Show secretary Ollie Allen said the association would have to foot the £500,000 costs which included repair to the site and refunds of ticket sales.

But although people with unused tickets for the Saturday could apply for a full refund Mrs Allen told the BBC that it was unclear whether traders would get a refund.

She added that the reason for not taking out insurance for wet weather was because the premiums were “horrendous”.