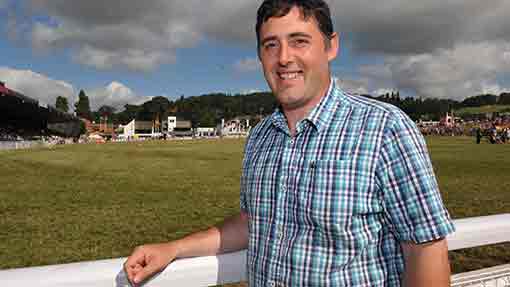 Livestock farmers are being advised to plan ahead when reseeding grass leys to maximise productivity from grass.

Speaking at a Grassland and Muck technical forum, independent grassland consultant Charlie Morgan advised farmers to discuss what exactly they wanted with their seed merchant in plenty of time, to ensure it was fit for purpose and suited their system.

“Variety choice is all important. If you don’t plan, manage your soil and know what you want, you’re not going to get the benefit.

“The cheapest way to make money is to put grass directly into the animal via grazing, but if you get things wrong – no matter what variety – it won’t work.

“Livestock farmers have spent years improving breeds of animals, but grass breeders have been doing the same and livestock farmers should take advantage of this,” he added.

Mr Morgan recommended diploid grass varieties for grazing leys due to their persistency under pressure from mouths and feet.

The higher ground cover of diploid grasses meant weeds were less likely to sneak in, he said. A key benefit of diploids over tetraploids was also their longevity.

“It costs the same amount for farmers to plough and re-seed, so farmers should consider how long a grass ley is going to be down for,” said Mr Morgan.

High digestibility values were extremely important to ensure animals were using the grass well, he said.

They can vary between 74 and 78 points. A one point increase in digestibility equals 20g a day more lamb growth, 40g a day more steer growth or 0.3 litres extra milk production, said Mr Morgan.

And with the price of nitrogen escalating, how the grass uses this nutrient is increasingly important. Plants that pick up lots of nitrogen don’t always use it efficiently.

“You need the nitrogen to go into leaf production,” said Mr Morgan.

According to Mr Morgan, adding white clover into a ley fixes 150kg of nitrogen/ha, saving £129. The root structure also meant it would last and would grow even when the grass disappeared, he added.

Crude protein levels were falling, but the quality of protein that can be used by livestock is improving.

Energy was also rising and yields of up to 17t of DM were now achievable on permanent ryegrasses due to improved quality, said Mr Morgan.