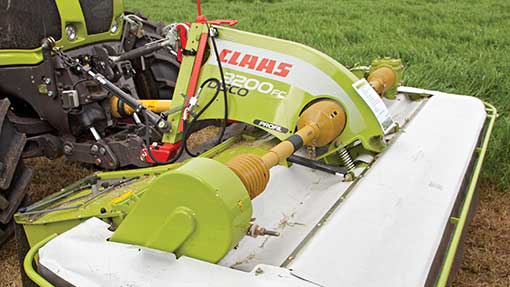 Claas was using a new version of its front-mounted mower conditioner to knock down its show plot.

The 3200FC replaces the old 3100-series machines and has had a series of tweaks to make it go better.

These include switching from a Comer-built cutting deck to an in-house design that’s said to be stronger, thinner and have more replaceable wearing parts.

It’s also been fitted with a pitch adjuster than allows the cutting deck to be adjusted without altering the top link. Claas says this means the mower can make a closer cut without lengthening the top link and compromising lifting height on the headlands.

There’s also a version without conditioner called the 3200F.

See all the news from Grassland & Muck