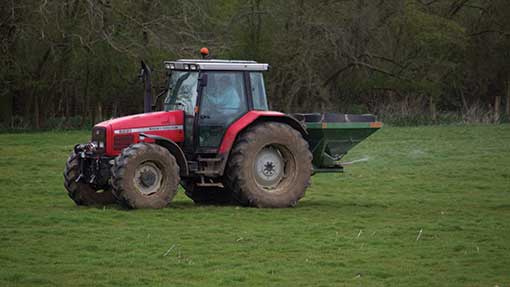 Variably applying nitrogen to grassland may soon become reality, thanks to a three-year project aimed at developing the N-Sensor technology.

Arable farmers have benefitted from the real-time, variable fertiliser tool since its launch 20 years ago, explained Yara agronomist Ian Matts. “Arable crop yields have increased by an average 3.5% by better use of nitrogen.”

“We have a good calibration on how much nitrogen fertiliser is needed for cereals and oilseed rape, but we haven’t got one for grass.”

A three-year Technology Strategy Board project aims to do just that, thereby allowing farmers to variably apply fertiliser to pasture.

But as Mr Matts pointed out, there are challenges for the project to overcome.

“Unlike cereals and oilseed, grassland is a mix of varieties, often with clover. There is also the issue of timing. For example, after first cut, do you use previous maps to tailor applications for second cut or scan the regrowth?” Then there is the variability surrounding organic manure applications.

The three-year project started in January and in the first year, Mr Matts is conducting nitrogen response trials at three different sites in the UK. “We are surveying sites with hand-held sensors to obtain the different reflectances for the various N rates.”

Mr Matts is hopeful the project will lead to a successful calibration.

The Technology Strategy Board funded project is being led by Yara with four industry partners – ADAS, Precision Decisions, DLF Trifolium and Countrywide Farmers.