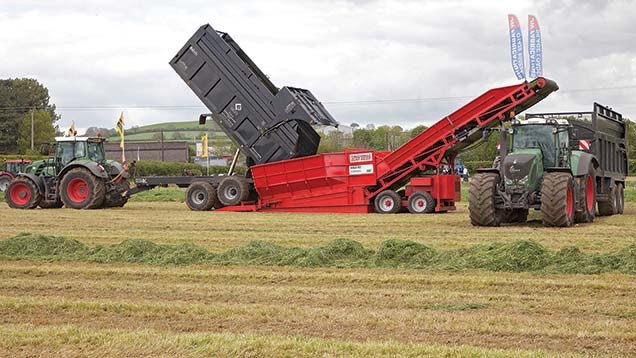 Mud on the road is a serious problem during maize harvests, and more farmers and contractors are under pressure to reduce it.

That forced Joe Williams to build his own conveyor system to keep road-going tractors and trailers clean.

There is no need to have an extra tractor to power the system because hidden under the conveyor is a 90hp, air-cooled Deutz engine that powers two hydraulic pumps.

Trailers simply tip on to the chain-and-slat floor, which is driven by an ordinary muckspreader gearbox.

It can shift 14t in four minutes, though the company is currently working on building a double version that will be able to bulk load a lorry in just eight minutes.