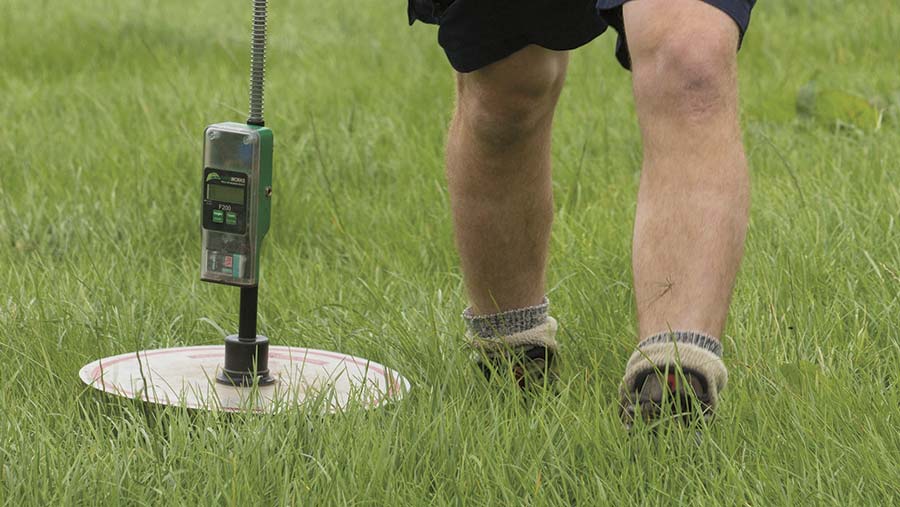 Considerable savings in fertiliser use are being achieved as farmers adopt a more measured and scientific approach to their grassland, a new survey has revealed.

Conducted by organisers of the Grassland & Muck event, in conjunction with Farmers Weekly, the survey reveals that more farmers are analysing their soil and manure than ever before, with an increasing proportion also taking professional advice over variety choice.

For example, some 62% of respondents – which included beef, dairy, sheep and arable farmers – said they soil tested their grasslands at least every five years. This compared with 56% who did so when the same survey was conducted in 2011.

Similarly, there has been an increase in the proportion of producers who have been calculating the nutrient value of their manure.

The most popular method (25%) is still to use standard book values contained in the RB209 Fertiliser Manual, with another 13% using software packages MANNER-NPK and PLANET.

But 14% of farmers are now using laboratory analysis to fully understand the make-up of their slurry and farmyard manure – almost double the number that were doing so six years ago.

There has also been a significant reduction in the proportion of “bung it on and see” farmers, with those relying on “personal assumption” dropping from 37% in 2011 to 20% this time around.

Given the more analytical approach, it was no surprise to find that the farmers surveyed are achieving considerable savings in terms of fertiliser use.

According to the survey, 29% of farmers have decreased their use of nitrogen, compared with 14% who have increased it.

Similar changes were noted for phosphate and potash, with participants highlighting “better use of slurry and manures” and “testing soil more often” as typical reasons for lower compound fertiliser use.

“The cost savings from making better use of manure are considerable,” said Alice Bell, head of technical events and organiser of Grassland & Muck. “But it’s also interesting to note that some farmers have increased fertiliser use, based on soil analysis, to improve grass quality and yield.”

Despite these encouraging findings, there is still plenty of scope for farmers to make more of their grassland, with only 14% measuring grass growth weekly and almost 70% not recording it at all.

Also, 29% of respondents said they did not produce a nutrient or manure management plan on their farms.

It’s a better picture when it comes to reseeding, with more producers using the recommended list or seeking advice from an agronomist to choose the best varieties than was the case in 2011.

Most leys (77%) are reseeded at least every six years, with poor silage yield, high weed content and rotation being given as the three top reasons. The number of farmers using the same variety as last time has fallen by half.

The survey was conducted online over 14 days and attracted almost 300 responses.

Grassland & Muck 2017 takes place at Stoneleigh on 24-25 May. It will include a Soil Management Clinic and advice on effective manure management. A new version of the RB209 handbook will also be launched. Visit the Grassland & Muck website to book tickets.