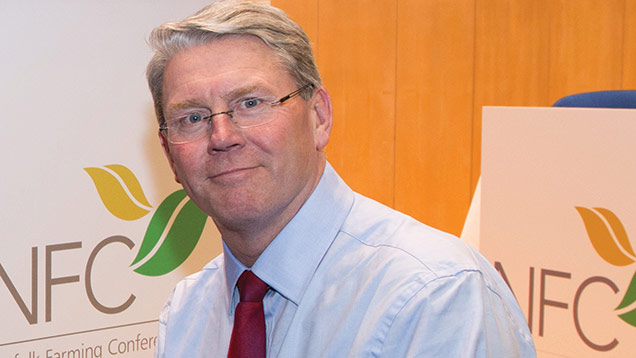 “Spending money to make farmers feel good when they watch TV in the evening is not a good use of levypayers’ money.”

The role of the Agriculture and Horticulture Development Board (AHDB) was to provide farmers with the tools to grow UK agriculture, said Mr Kendall.

Providing opportunities for young people coming into the industry must be among the organisation’s ambitions, he added.

“I don’t think it is about shrinking and protecting our markets,” Mr Kendall told the Norfolk Farming Conference.

Other countries, particularly in northern Europe, were “stealing a march” on UK producers, who were lagging behind their competitors, he said.

“We know there are opportunities out there and I don’t think trying to protect ourselves in some cosseted past is the way forward.”

Providing growers with the tools to grow UK agriculture will be the subject of an AHDB consultation to be launched this spring as Mr Kendall continues his quest to rebrand the organisation as a centre of excellence for agriculture.

Rather than simply encouraging shoppers to “buy British,” the Bedfordshire farmer aims to build on the AHDB’s track record of commissioning and delivering research, knowledge transfer and independent market information that benefits farmers.