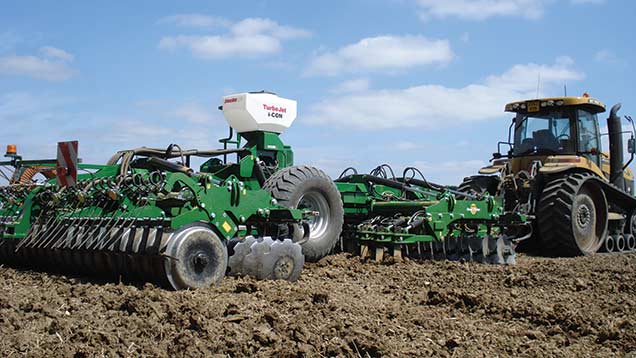 Having successfully applied the new i-Con control system to the TurboJet seeder in 2014, Stocks AG is now rolling out the GPS-based controller to the rest of the company’s applicators.

As a result, the full-width Micro Meter and Maxi Meter, the Rotor Meter for potato planters, and the spinning disc Fan Jet slug pelleter models all now have a rotary feed mechanism allowing application rate to be linked to forward speed, and for variable rate application from field maps.

See also: Eight of the best slug pelleters on test

The i-Con (produced for Stocks AG by RDS Technology) replaces the Wizard controller to provide the same functionality but using a colour touch screen said to make it easier to operate and calibrate. It also provides the additional features of field map variable application and data logging capability (the latter a £400 software ‘unlock’ option).

A radar speed input signal can be used, but a GPS link is easier to fit, requires no field calibration and is not susceptible to angle changes, says Stocks AG.

This lower-cost option will be aimed at operators using the Turbo Jet as a grass seede,r but is likely to be made available on all other products later.