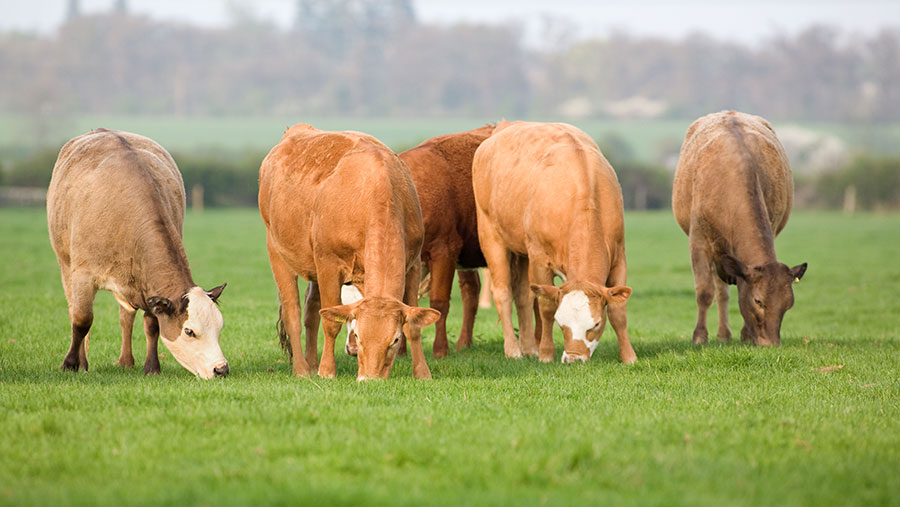 Farmers have hit back at “beef bashing” and misleading claims that cows are damaging the environment through methane emissions.

Speaking at the Oxford Real Farming Conference on Wednesday (8 January), British livestock farmers defended the industry against accusations that all meat production is bad for the environment.

Ms Page described claims in the mainstream media that methane emitted from cows is damaging the environment as a “red herring” in the greenhouse gas debate.

“Methane is a short-lived gas, which lives less than 10 years. In many cases, there are methanotrophs in healthy soil that oxidise methane immediately.

“When you are producing protein from animals that are living on healthy soils, the methane probably doesn’t even last the 10 years they say it does.”

Ms Page said consumers were being “brainwashed” by companies selling fake meats and plant-based products that generate trillions of pounds.

“They just need to eat meat that is produced in a regenerative way and stop eating industrial meat,” she added. 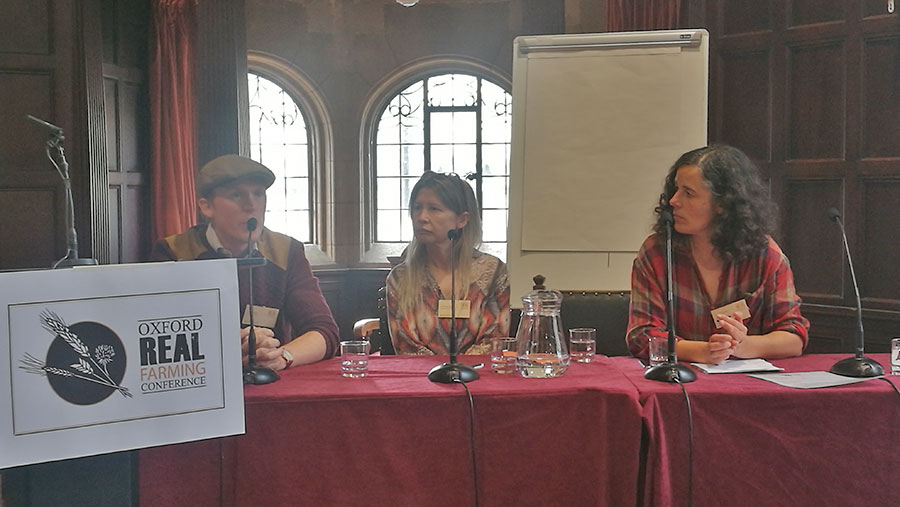 Ben Scriven, from Tamaris farm, an organic farm near Bridport, in Dorset, acknowledged that methane is a far worse greenhouse gas than carbon dioxide, but unlike carbon dioxide, it breaks down over time.

“Every burger is only a sin if it’s one more burger than you had last year. It’s the total number of cows on the planet that will change the temperature. But it’s static – it isn’t accumulative,” he said.

“Whereas, every car drive you have will affect the planet for our lifetimes and our children and grandchildren’s lifetimes.

“Given that British cattle farming has reduced since the 1970s by a huge amount, we know that – provided your cattle numbers are static – they contribute nothing at all to the climate issue.”

During the Q&A session, Scottish beef farmer Hamish Walton said he felt frustrated that British farmers who produce cattle on grass-based systems were being “tarred with the same brush as Brazilian beef farmers”.

He added: “Some 44% of all the beef produced in Brazil is exported to China. We are as much the problem as the solution… the general solution would be to put more grass into the rotation.”

Samuel Smith, of international non-profit organisation Forum for the Future, said globally half of agricultural land was being used to grow feed for animals; of which 80% is grassland.

An additional 280m hectares of land would be needed to meet demands for global meat consumption by 2030, said Mr Smith.

“Some livestock systems are more sustainable than others. It may be appropriate to put animals into some landscapes, but in others, it causes a lot of damage,” he added.

Karen Luyckx, an animal feed specialist from Feedback, a global feed waste charity, said: “We do need to eat a lot less meat, but a lot better meat. Let’s keep working at the communication of what better actually means.”