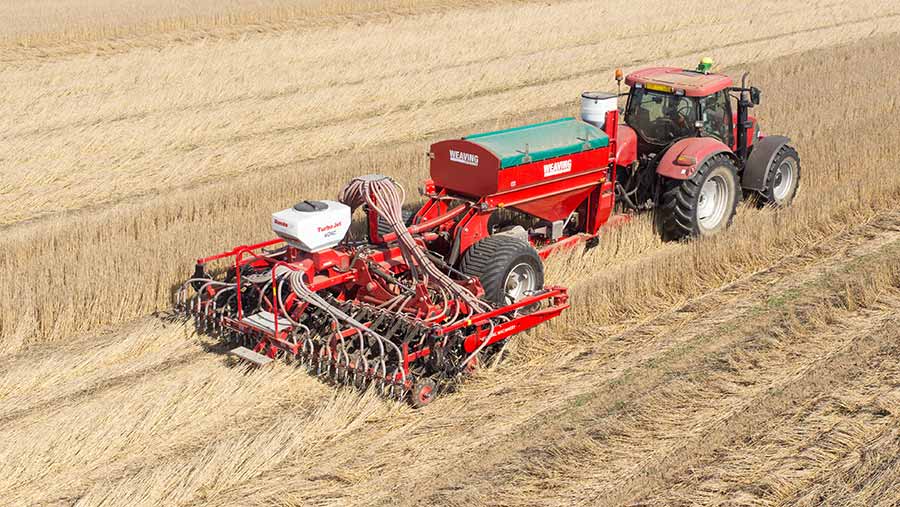 But there does seem to have been some narrowing of the gap in recent years, with those who base themselves in the university’s Examination School (the OFC) finding more and more of interest in what goes on in the Town Hall (ORFC).

Issues that the OFRC has been talking about for years – climate change, sustainability, biodiversity, farming with fewer chemicals – have become more mainstream

“In the past, the OFC has particularly focused on the Common Agricultural Policy,” says current conference chairman, Matt Naylor.

“Farmers have come to talk about it, challenge it, work out how they are going to change their businesses based on what they have learned.

“But these farmers now find themselves at a crossroads. Issues that the OFRC has been talking about for years – climate change, sustainability, biodiversity, farming with fewer chemicals – have become more mainstream.”

Colin Tudge, a founder of the OFRC, is encouraged that more people are now taking notice of these issues – although he does question the extent to which fully commercial farmers will be prepared to change.

“These people still look to technology to provide the solutions,” he says. “Instinctively they still want to maintain the status quo.

“But, to be ecological, we have to start from first principles and that means low-input farming, which essentially means organic. It also means having diversity, both in terms of what we produce on a certain area as well as genetic diversity.

“And it must be skills-intensive, based on larger numbers of people working on small to medium-sized farms.”

Mr Tudge says recent support policies have driven the sector in the opposite direction, focusing on maximum yields and intensification.

According to Mr Naylor, farmers do recognise that they need to reduce carbon emissions, avoid pollution and raise the nutrient density of food, while keeping its affordable.

They are also interested in crop rotation and “companion farming” as a way of improving sustainability.

But he maintains that harnessing modern technology can be part of the solution.

“We have to compete at world levels and most OFC delegates would say that mechanisation has been a good thing,” Mr Naylor says.

“They are also less fearful about selective breeding, GM technology, gene editing – it’s what we’ve been doing for years, harnessing new technologies, and it has led to great public benefit.”

Despite their differences, both men agree that a UK farm policy is moving in the right direction, and the fact that Brexit is now an inevitability should provide more momentum.