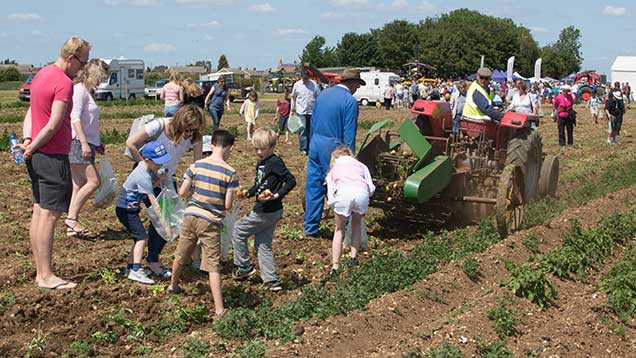 The record-breaking attendance figure of 291,000 visitors on 7 June was up 40% compared with 2014, according to organisers Linking Environment And Farming (Leaf).

An exit survey revealed there was a 49% increase in visitors from urban areas, as well as a 40% rise in the number of people visiting a farm for the first time.

The survey also showed that 80% of all visitors claimed they had learned something new.

Leaf’s event manager, Annabel Shackleton, said the OFS campaign was a “fantastic achievement” and thanked the 400 farms that had opened their gates.

“Open Farm Sunday helps to build consumer trust in the food they eat as well building greater understanding about the vital job farmers do to produce great food and manage our wonderful countryside sustainably.”

Ms Shackleton added that the media push leading up to OFS 2015 had surpassed the achievements of previous years.

Just under 2,000 pieces of coverage across print, web and broadcast, including 30 items of national news coverage, were recorded, she said.

Open Farm Sunday was a hit on social media as well with the first ever trending for the hashtag #OFS15.

And Ms Shackleton pledged that next year’s event would be equally exciting.

“We continue to review feedback from visitors, farmers and supporters to ensure this vital campaign continues to grow year on year.”

Next year’s Open Farm Sunday will take place on the 5 June 2016, with Open Farm School Days running throughout June.