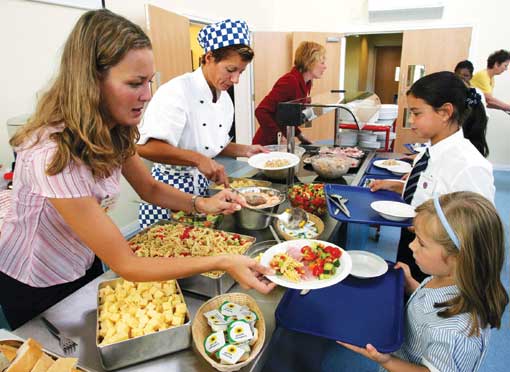 When it comes to stocking and promoting British poultrymeat and eggs, the major retailers have, by and large, done a pretty good job.

But the record of food service is less impressive and the whole industry needs to take a more proactive approach to grow demand for home-produced food and so displace imports within the food manufacturing and catering sectors.

For this reason, the headline debate at next month’s British Pig and Poultry Fair 2012 takes the theme Food Service – Opportunities and Challenges for British, under the chairmanship of NFU president, Peter Kendall.

The panel will include Karen McQuade, founder of the UK Food Hall, which supplies British food into schools, Mark Staton, head of sales for Prime Meats, part of the Brakes food service group, and Andrew Saunders, agriculture director for Tulip

According to Ms McQuade, the key is giving customers a reason to want to buy British.

“At the UK Food Hall we have listened to our customers. They wanted British produce that was affordable and designed for their markets and we deliver to their briefs,” she says.

“We ensure we remain innovative so we can add value to products – we listen to councils, children and procurement officers and then design products around their needs.

“It’s tough for UK meat to beat imports in terms of price, so we need to compete on other fronts by making bespoke products which give customers a reason to buy British.

“In this current climate of local government spending cuts, asking them to spend more on food just because it’s British doesn’t work.”

Mr Staton believes that farm assurance can go a long way to raising the appeal of British food in the food service sector.

“Menu planners are looking for long-term stability and consistency with price and quality, and that’s what Red Tractor can offer.

“With the beef and lamb market so volatile at the moment, pork and poultry are great alternatives. They tick a lot of boxes in terms of consumer interest in provenance, flavour and tender meat.

“We have worked hard in the supply chain to ensure we have aligned ourselves with reputable Red Tractor suppliers, and that is how we are ensuring we source good-quality, British produce.”

As well as the three main speakers at the headline debate, there will be a secondary panel of well-known farming figures who will also be on hand to challenge the main panel and stimulate debate.

But the aim is to involve the whole audience in exploring ways in which both the pig and poultry sectors can up the ante and encourage the food service sector to be more accountable to British food producers.