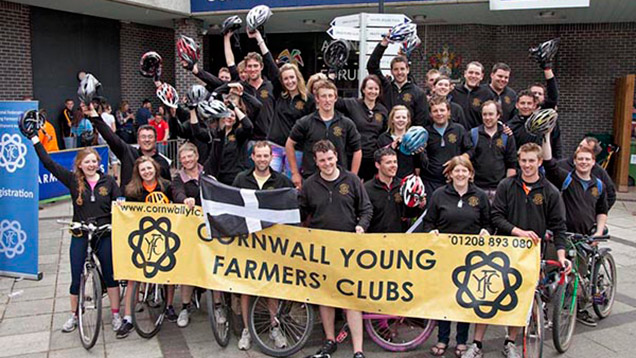 A team of 35 farmers from Cornwall cycled 350 miles in five days to raise money for a local children’s hospice.

Cornwall YFC took on the Rugby World Cup challenge, which involved cycling from Wembley via four different rugby stadiums before ending up at Torquay on Friday (24 April).

The team were raising money for Children’s Hospice South West, a local charity that provides care for terminally ill children.

Will Jelbert, Cornwall county chairman and member of St Buryan YFC, said the team were averaging over 65 miles a day.

“Only five of the cyclists were regular cyclists, but we all worked with each other to get through. The stairs are proving a bit of a chore since the ride,” he said.

The Cornwall crew hope to raise more than £10,000, which was chosen following a talk by the charity to St Buryan YFC. Mr Jelbert added: “It was a rather solemn meeting, the charity just touched us.”