Young farmers have raised the stakes in this year’s Young People’s Village (YPY) best-decorated caravan competition. Rhian Price and Hayley Parrott went along to the YPV to snap the best on display. 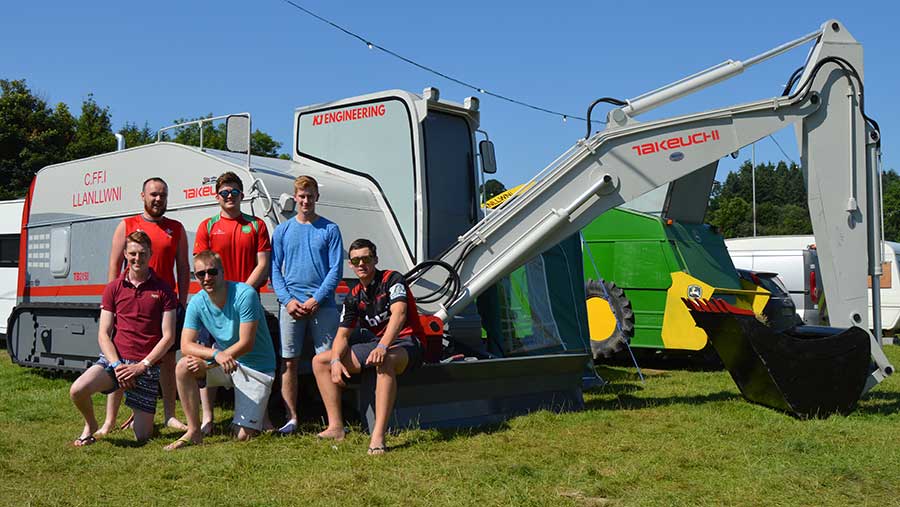 This time their local machinery dealership, J Davies and Son, Carmarthenshire, sponsored them £600 to make a replica Takeuchi digger and K J Engineering sponsored the premises for the build.

It took the lads one month to complete and they made the digger arm to the exact scale of the original.

They also brought along their John Deere forager from last year. 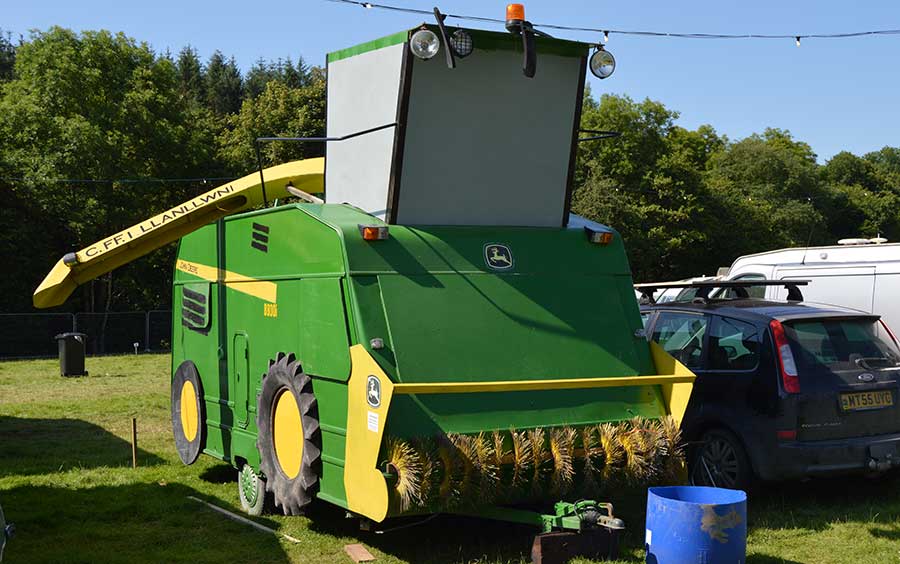 “The tractor dealership paid for the two caravans to be transported here on a lorry,” explained Sion, who said they had caused quite a stir when they arrived at the Young People’s Village on Saturday.

Talgarth teenagers Ollie Rampling, 17, and Louis Greenow, also 17, rivalled their efforts by turning their caravan into a JCB Fastrac. 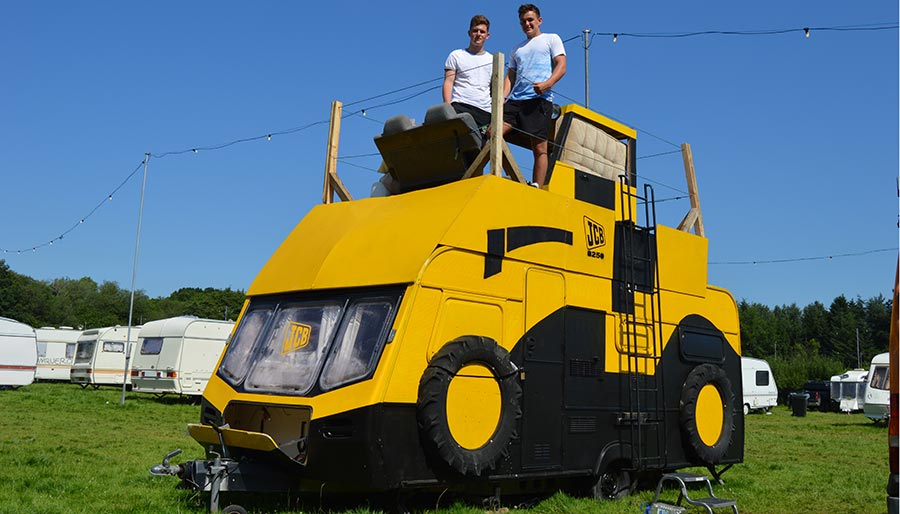 It features a cab, which doubles into a “rooftop bar”. It is cleverly made with scaffolding and is accessible using a side ladder. 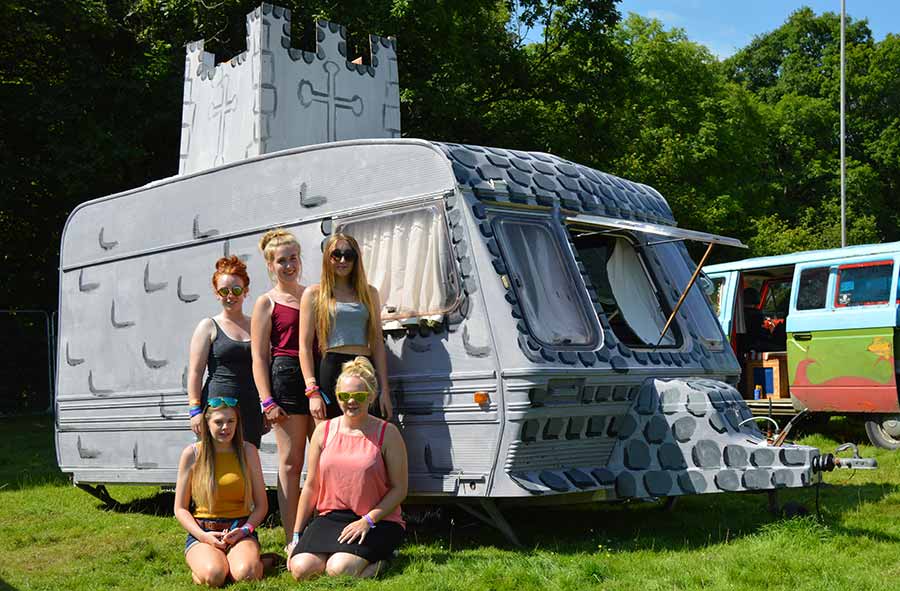 They bought the caravan between them for £250 and painted it to re-create a stone-wall, and Lily’s dad built them a turret to fit to the top.

There were a few others that caught our eye but unfortunately the happy campers were out when we called by.

Here’s a couple of other favourites… 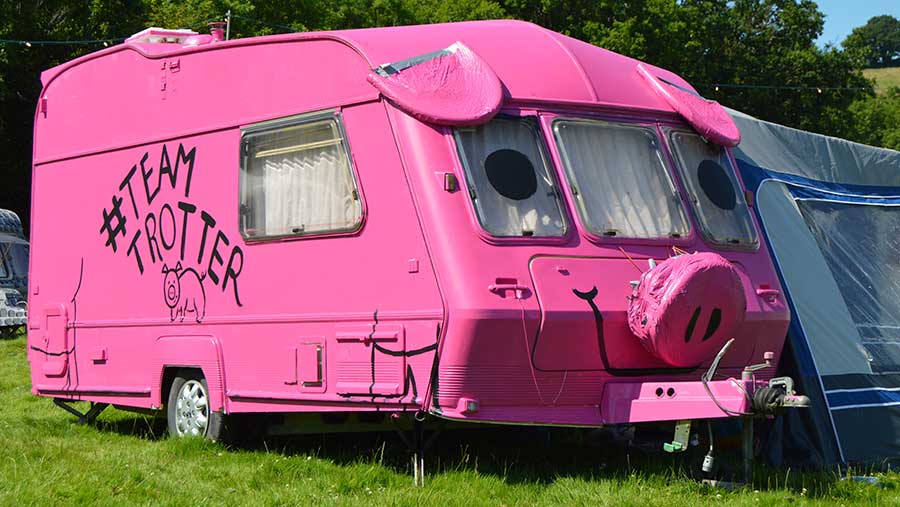 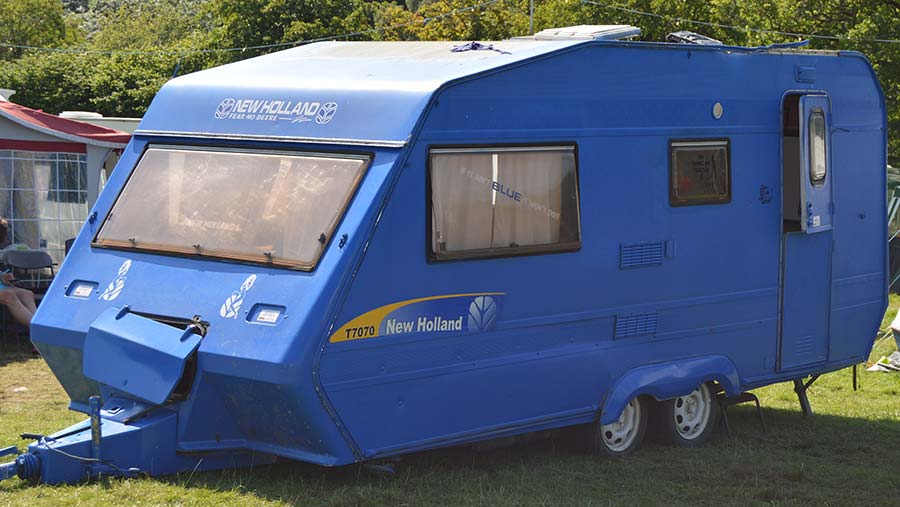