Photos of objects as varied as a clockwork tractor, a model thresher and a jigsaw puzzle have started appearing on The Museum of English Rural Life (The Merl) website.

It’s part of the “51 Voices” project, which will see items associated with 1951 – the year the museum was founded – posted online during its 70 anniversary year, accompanied by explanations and creative responses.

The museum, which is part of the University of Reading, in Berkshire, is working with academics, specialists, artists and writers from different backgrounds to “link these items to the priorities and passions of the past, present and future,” explains curator Ollie Douglas.

“By working with different people and communities, collections are being reimagined in surprising and, at times, challenging ways,” he says.

“Some of the objects were simply acquired by the museum in our foundational year, while others speak of the history of that mid-century moment which marked such a pivotal time in the countryside. It was a period of enormous change and a time of profound hope.”

Parallels past and present

There’s even a 1951 issue of Farmers Weekly in the exhibition, containing coverage of the Festival of Britain – a celebration of the nation and its achievements, designed to promote industry, arts and science, and accelerate post-war recovery.

There are, according to farmer’s son Ollie, many parallels between that moment and now.

“Then, the nation was in a phase of post-war reconstruction, and now it’s one of post-pandemic reconstruction. Then, the organic movement was emerging; now sustainability is very much coming to the fore in terms of policy. Then, as now, our relationship with Europe was also in flux, there was a lot of debate about the labour force and new technology was revolutionising farming.

“In 1951, the UK was still bound up in the complex aftermath of world conflict and was grappling with the implications of the break-up of the British Empire.

As we move beyond the Covid crisis, the same emotions of change and hope are again relevant and timely – although we face many new social and environmental challenges.”

The exhibition highlights The Merl’s efforts to find new ways to approach gathering, telling and reimagining the history of the countryside.

This is partly to take advantage of digital opportunities and partly because, as agricultural technologies have got bigger and more expensive, it becomes impossible to act as a “collecting repository” in the way it traditionally has.

“Part of how we do that is by linking contemporary voices to the collections we already have,” says Ollie.

“Heritage and history can sometimes feel dry to some people – but the more we talk about it its importance and resonance now, the more accessible it becomes and the more it becomes everybody’s heritage. 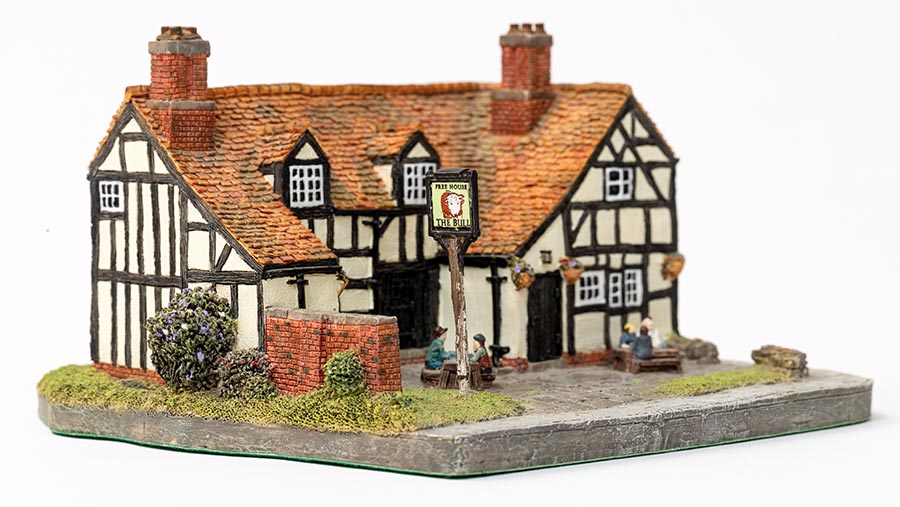 This model of fictional pub The Bull was based on a real pub that the creator of The Archers liked. The radio programme was first broadcast nationally on the day that The Merl was founded. 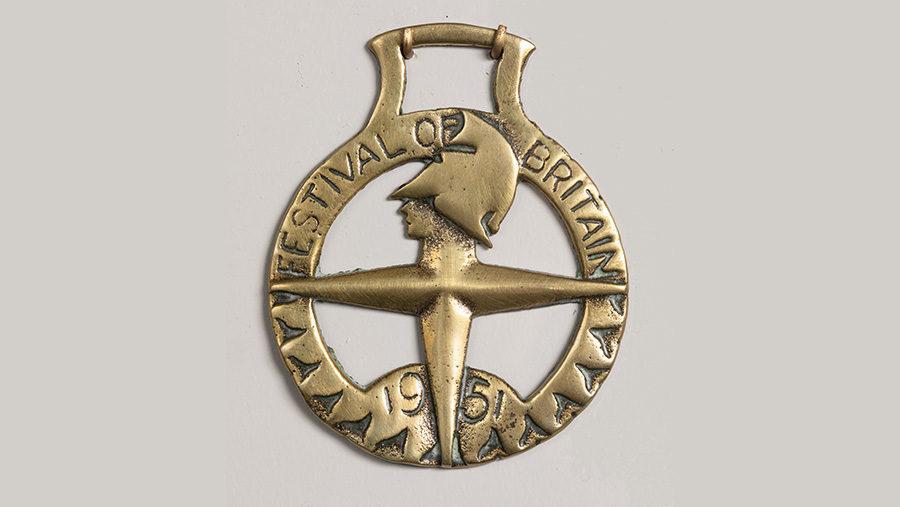 Brasses like this were originally made to adorn heavy horse harnesses. This example is one of many souvenirs sold to commemorate the Festival of Britain. 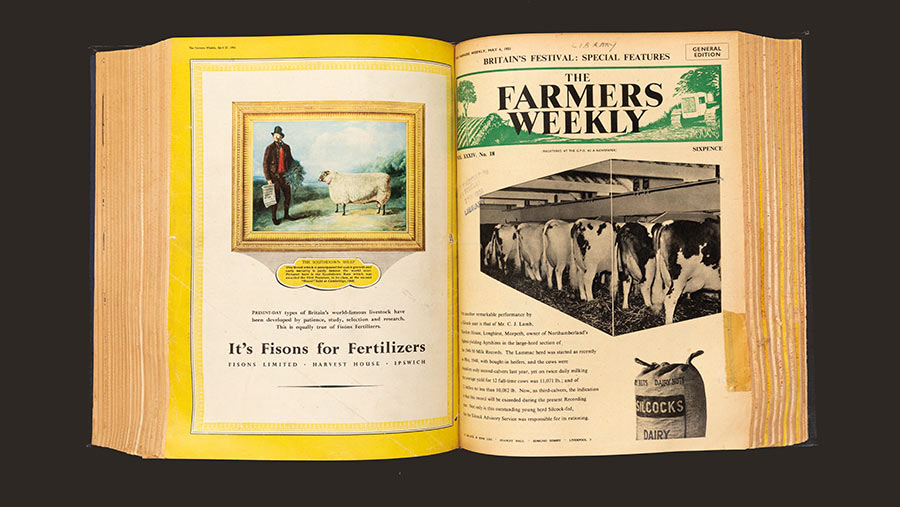 This 1951 issue of Farmers Weekly featured the Festival of Britain. Critics had begun to suggest farmers were ‘feather-bedded’, but, as this special issue showed, the festival helped show farming is a modern industry and a force for good. 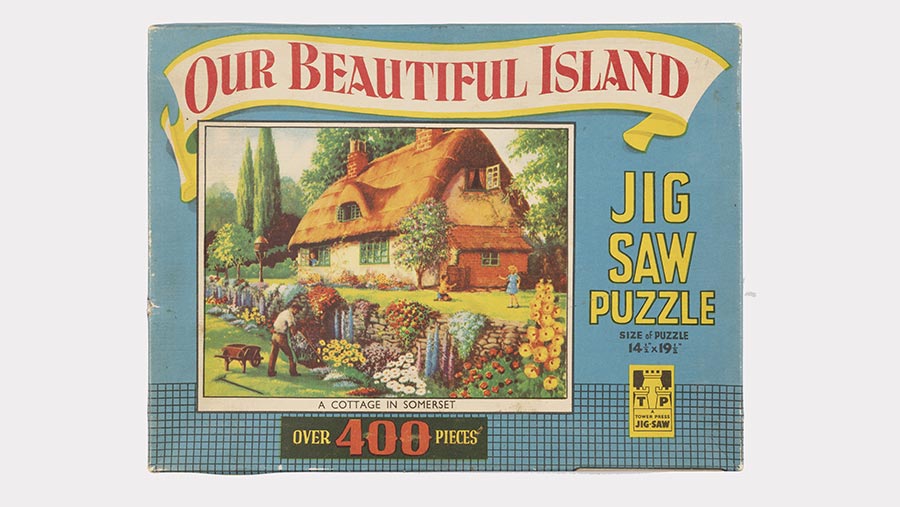 Images similar to this one appear on many jigsaw puzzles showing the countryside as a rural idyll – timeless and nostalgic. It epitomises the ‘chocolate box’ representation of rural England still presented in many areas of popular culture. It is likely that this ‘cottage in Somerset’ was – and perhaps still is – a real building. 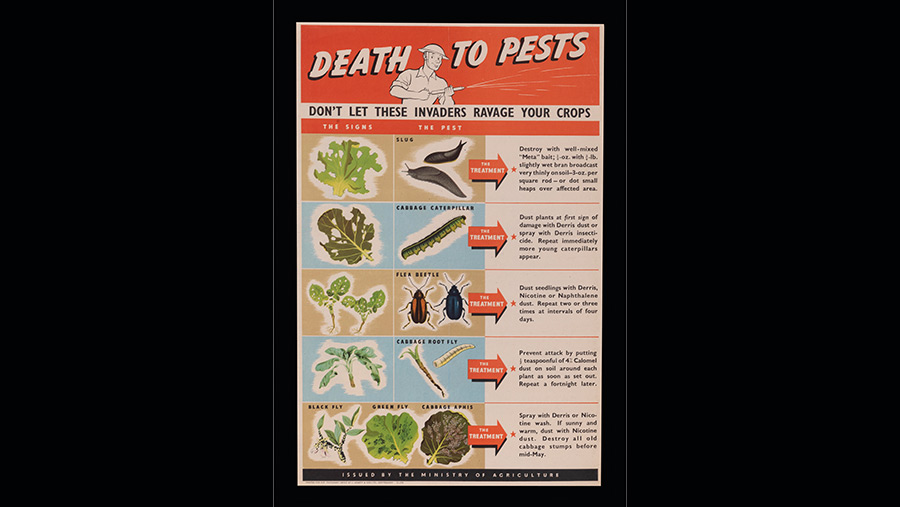 Crop protection was seen as a key part of national food security in the post-war period – an era when farming was on the cusp of using many more synthetic pest management methods. This poster evoked the war spirit to encourage growers to combat vegetable pests, with the figure at the top wearing a steel helmet and the language echoing patriotic wartime messages.

Adam, who uses art to educate, inform and explore agriculture, has created “HaikuMoo”, giving participants the chance to understand more about dairy cows.

The initiative features an interactive website which gives instructions on how to draw a dairy cow, while learning about dairy breeds and terminology. 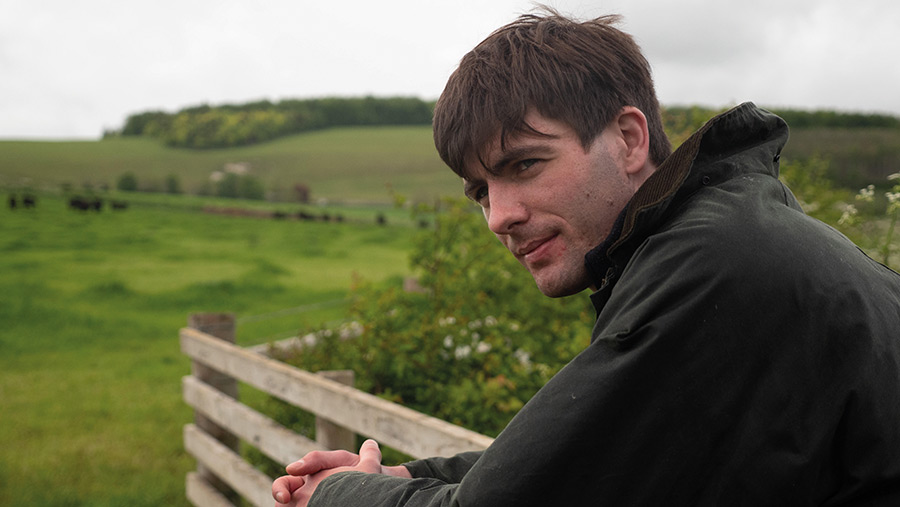 The Berkshire-based artist – who often explores the use of reclaimed materials, sometimes sourced from dairy farms – also recently ran two workshops with Redlands Primary School in Reading for seven- to 10-year-old pupils.

All the cows drawn by the 60 pupils will be “put out to pasture” in a virtual field on the HaikuMoo website.

Adam says: “The agricultural sector sometimes struggles to engage with younger generations as a career path, and art projects can connect new audiences with agriculture, educating and inspiring them and fostering links with our rural history.”

See more of Adam’s work at the Dairy Lexicon website.