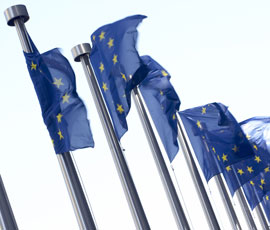 Plans to make reform of the Common Agricultural Policy fairer and simpler for farmers already making efforts to protect the environment have been given a cautious welcome by the NFU.

A leaked report by the European Parliament’s lead negotiator on the CAP says there needs to be greater flexibility in the so-called ‘greening’ element of direct support (Pillar 1).

The 70-page document, which will be officially be debated by MEPs later in the month, says producers already signed up to schemes such as Entry Level and Higher Level stewardship should be exempt from further mandatory measures to improve the environment.

It also says plans to put 7% of farmland into ‘ecological focus areas’ should only apply to farms larger than 20ha, while producers who set up ‘corridors’ of EFAs with neighbours should only have to put 5% of land into the scheme.

In a further effort to simplify the European Commission’s proposals for the future of the CAP beyond 2013, the report says arable land under 50ha should be exempt from crop diversification plans “when 80% of eligible agricultural area is occupied by grassland, pasture or permanent crops”.

While the European Parliament’s report makes more than 180 amendments to the Commission’s initial proposals, it does back plans to levy direct payments.

Martin Howarth, NFU director of policy, said the union was pleased the report recognised the efforts of farmers in agri-environment schemes as part of the so-called greening of Pillar 1.

But he said other aspects of greening remained unhelpful.

“Our job now is to work with them to introduce a number of new amendments that will drive a productive, sustainable and efficient European agricultural industry,” he added.