The personal traits of military men and women are very similar to those underpinning a successful career in agriculture. Both groups of people work hard, aren’t afraid of long hours, have an enthusiasm for being outdoors and the ability to problem solve and think on their feet.

In addition, many come with skills in engineering, logistics and general management that can swiftly be applied to agriculture with the right training.

That’s where HighGround, a charity dedicated to helping military leavers make the transition into rural-based industries, comes in. 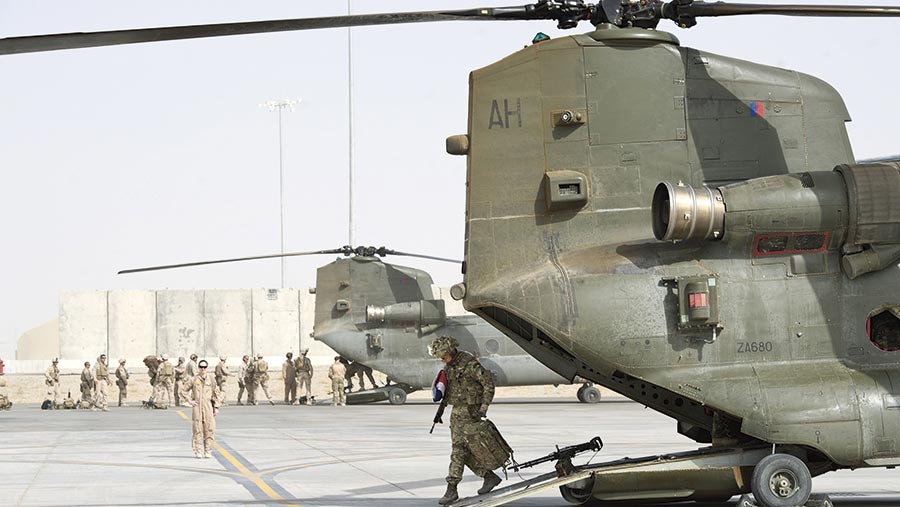 This year sees its annual Rural Weeks programme move to Bicton College in Devon, introducing individuals across all ranks from the army, RAF and navy to the opportunities that exist across a range of rural sectors, from farming to horticulture and forestry.

Founder and development director Anna Baker Cresswell is behind the initiative and believes there is a huge untapped potential for British agriculture.

The talent leaving the military is vast – and ranges from soldiers with battle experience to highly qualified engineers and officers with logistic and management know-how.

Piloted in 2014, the first Rural Week was launched at Plumpton College and proved such a success that there are now eight week-long residential courses planned for this year at Bicton. 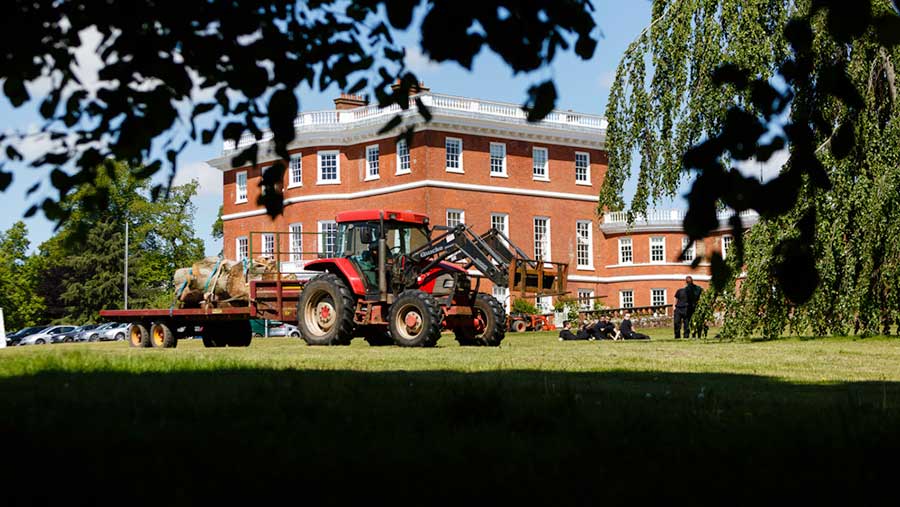 In 2016, more than 100 individuals contacted HighGround with an interest in working in the land-based industries – 16 are now employed, nine are self-employed, eight are in voluntary work, four are in further education and one has started an apprenticeship. The remainder are on the careers manager’s active caseload.

This year it is anticipated that more than 60 individuals will attend the Rural Weeks in Devon.

The Rural Weeks provide a glimpse of the opportunities, plus provide real hands-on experience.

“These individuals need work experience on farms and to that end, HighGround is working with the Worshipful Company of Farmers to see if we can accelerate what is at the moment a very slow burn,” says Ms Baker Cresswell.

She is keen to hear from any farming business willing to invest time in taking on potential military leavers for work experience.

“I cannot exaggerate how important this part of the transition is for anyone who wants to understand, and be accepted into, the farming industry,” she says.

Charities in the agrifood industry are getting behind the opportunity that military leavers could present agriculture, explains AgriFood Charities Partnership (AFCP) chief executive Debbie Beaton.

“Attracting more diversity into the industry – with people from different backgrounds and skills – can only help to accelerate innovation, professionalism and best practice on farms.”

“The military provides so many ready-made skills, particularly in leadership, work ethic and engineering. The opportunity to harness some of those technical skills in precision farming and mechanical engineering is an easy win for everyone,” she adds.

Military manoeuvres: Who’s behind it

The AFCP is working with HighGround, the ADHB and the National Pig Association (NPA) to showcase the opportunity of working in the pig sector and the skills needed to make the transition.

The pig sector is particularly vulnerable to a shortage of migrant labour entering the UK. A recent NPA survey revealed nearly 60% of pig farming businesses employed at least one full-time migrant employee.

With the UK leaving the EU, the need for British agriculture to look to other sectors for new talent and skills is all the more compelling, with many predicting a drop in the flow of migrant labour to Britain.

The army, RAF and navy – as well as doing such vital work at home and abroad – could yet come to the aid of British agriculture.

From the front line to farming: Jonathan Kerr

Jonathan spent nine years serving with the Black Watch, one of the oldest Scottish infantry regiments.

He left three-and-half years ago as a captain and has recently been appointed as farm manager for Velcourt at Green Drove Farm, Pewsey, Wiltshire, overseeing more than 900ha of arable cropping and two full-time staff. 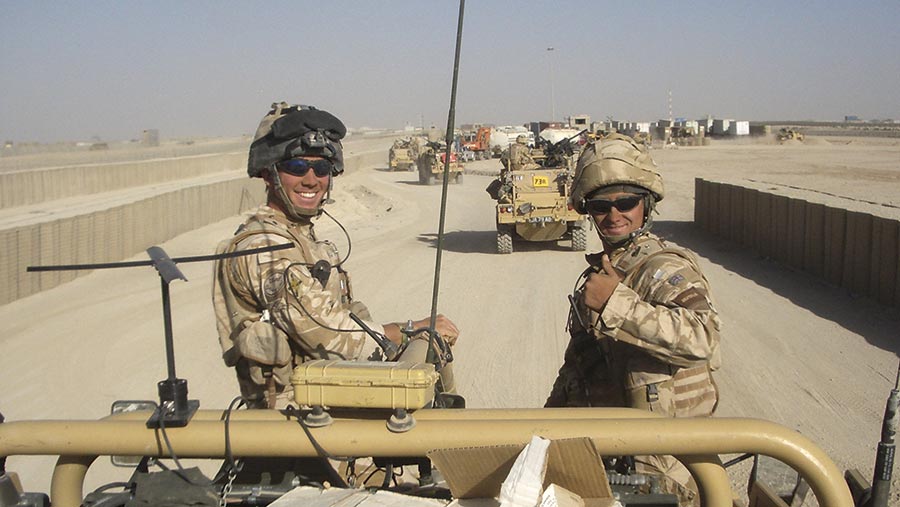 It’s a far cry from his army career, where he served on the front line in Iraq and Afghanistan. Yet the transition seems to have been remarkably straightforward.

Farming wasn’t a career choice when he left school to go to university. “I was interested, but assumed you had to be born into it – or win the lottery, so I studied electronics at university and then went into the army,” he says.

Changes and cutbacks in the army led him reconsider his military career and he decided to take redundancy and make the leap into farming.

“Although my parents didn’t farm, both sides of my family were involved in farming and it was always an environment I enjoyed being in,” he says. 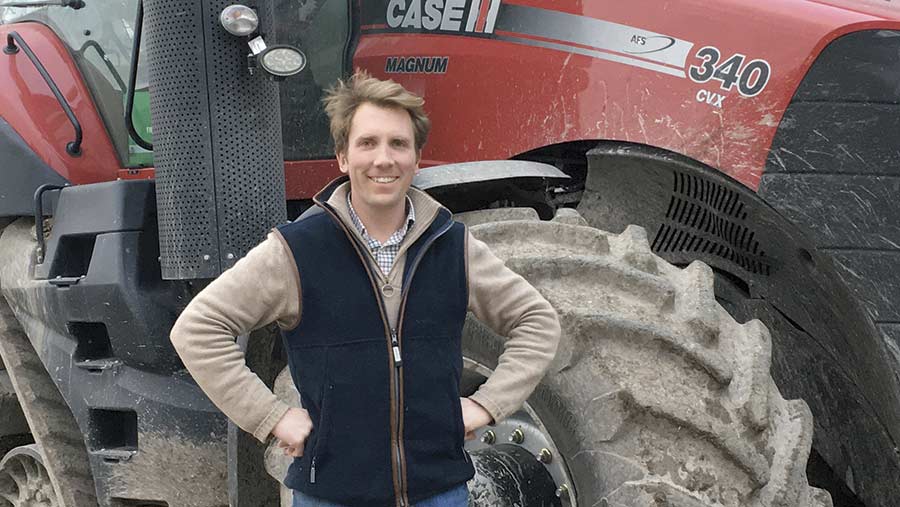 He looked at various courses at agricultural colleges and chose a one-year graduate diploma in agriculture with the Royal Agricultural University, Cirencester. Here he met Velcourt HR director Nick Shorter, who gave him his first step on the farming ladder as an assistant farm manager.

Nick says: “We take on six management trainees a year and three of those have been ex-services recently. They come with great discipline, motivation and management skills – something that can be lacking in people whose only experience is farming.”

“You are constantly being challenged to do tasks that you have no experience of delivering, which teaches you to weigh up options, seek expertise from others and assemble plans,” he says.

“You are up against 21-year-olds who often have more knowledge and experience of agriculture, but you have to trust – and believe – in your own abilities to apply your own skills and learning,” he says.

There are so many similarities between the military and farming, says Jonathan. “It’s not 9 to 5, the weather is a big influence, it’s a physical, outdoor environment – and motivating people is crucial to success.”

So why do so few military leavers come into agriculture? “The majority of soldiers and officers just don’t know what farming can offer and there are still major perceptions about it being closed to outsiders. Other professions, such as banks and law firms, are a lot more active – hosting open days and offering fast-track training for officers and NCOs,” he says.

A professional attitude, high levels of motivation and the ability to learn new skills are a big draw for engineering, maintenance and service industries. Jonathan believes military training is well suited to farming and more would come into the industry if they knew about the opportunities.

Just a few weeks into his new role, Jonathan is excited about the challenges ahead. “I am fortunate to take on a farm that has been so well managed. My aim at this stage is to uphold its high standards. This farm fully integrates crops with the wildlife around it and I cannot imagine being in a better place right now.”

Seb Edwards, currently working with Future Biogas to organise feedstock for its AD plants, is an advocate for taking on military leavers.

“Commitment, the ability to stick to times and give 110% is simply hardwired into them,” he says.

However, the journey for military leavers, especially those who have experienced active duty in war zones, is not easy.

“These people have seen some horrendous things and the scars are often very deep, so you have to be tolerant and patient,” he advises.

It does require careful handling and treating them differently to perhaps someone who has come through an uninterrupted farming journey, but he maintains it is worth the effort.

“They are really great guys who have put their lives on the line for us and deserve an opportunity in agriculture that gives them a new direction and reward.”

From an employer’s perspective, you won’t find greater loyalty, hard work and commitment.

“They bring a different mindset, but do require support on the transition to civilian life. Veterans receive a pay settlement, but it sometimes appears as if they don’t know what to do with it.”

The experience and skills of working in the military provides the agricultural industry with some potential fresh talent, new ideas and new working, but there is a job to do in helping them with the transition, according to Seb.