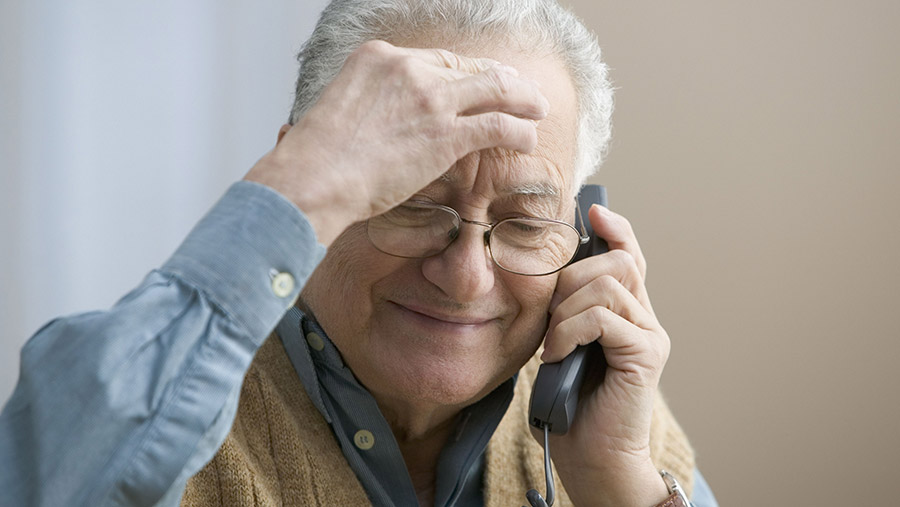 Farming charities have seen a big rise in the number of people turning to them for help, as tough times in agriculture continue.

Payouts to working farmers and their families by the Royal Agricultural Benevolent Institution (Rabi) more than doubled to £216,956 between January 1 and May 16, compared with the same period in 2015.

“There are various reasons why more working farmers are turning to us for support, including the hardship caused by flooding, particularly in the north of England at the start of the year,” said Rabi’s head of welfare, Trish Pickford.

“It has also been a bad year for many families affected by falling commodity prices and/or delays in Basic Payments.

“Such factors mean that there is less to fall back on when something out of the ordinary happens, such as illness or accidents.”

The Farming Community Network says calls to its helpline increased five-fold between January and April, compared with the previous year. Most were related to financial issues, particularly poor cashflow, often exacerbated by a delay in receiving BPS money.

Other issues were flooding, mental well-being and poor commodity prices, particularly for milk.

“We have a growing concern over the level of debt being carried by many farms – with some appearing to have levels of debt that cannot be serviced, let alone paid off, by the existing farm business activity,” says FCN chief executive Charles Smith.

“We believe that we are in for a rocky year across all sectors.

“We would appeal to any farming family facing difficulties – whether they are to do with the business, the family or individual health and welfare – to call sooner rather than later. We are here to help in absolute confidence.”

The Royal Scottish Agricultural Benevolent Institution (RSABI) has also seen a “marked” increase in the number of people seeking help.

This could, they say, be due to profile-raising efforts and closer working relationships with referring agencies, but farming and crofting are going through very difficult times, they point out.

“Sustained low commodity prices, uncertainty about subsidy payments and – for some – the carry-over effects of very poor weather may also have contributed to the increase in numbers.”

Most RSABI beneficiaries are older people, no longer able to work and struggling to cope on low fixed incomes and limited savings, but there has also been an increase in the number of working farmers and crofters needing assistance.

“In terms of calls to the helpline, the main categories of help included debt, emotional wellbeing, stress, anxiety, depression, bereavement and those seeking sources of financial assistance,” a spokesperson said.