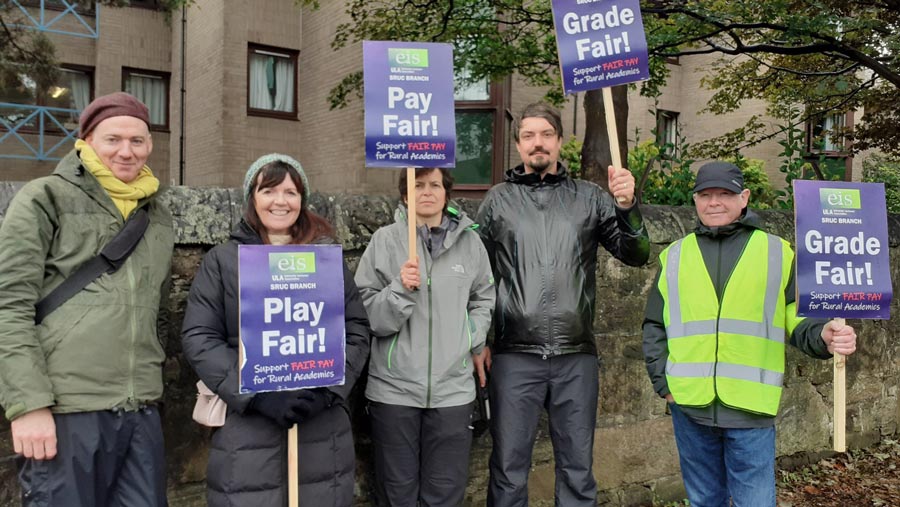 Lecturers at one of the UK’s leading agricultural colleges have staged a walkout over poor pay and conditions.

Scotland’s Rural University College (SRUC) staff began the programme of industrial action after a long-running dispute over pay and grading.

Picket lines were in place at all SRUC campuses on 30 September and the one-day strikes will go ahead almost weekly up to Christmas.

Lecturers are angry that their pay has fallen significantly below averages across both the further and higher education sectors, a staff spokesperson said.

An offer below the UK’s 2.1% inflation rate for most staff belonging to the Educational Institute of Scotland (EIS) union was also inadequate, the spokesperson added. 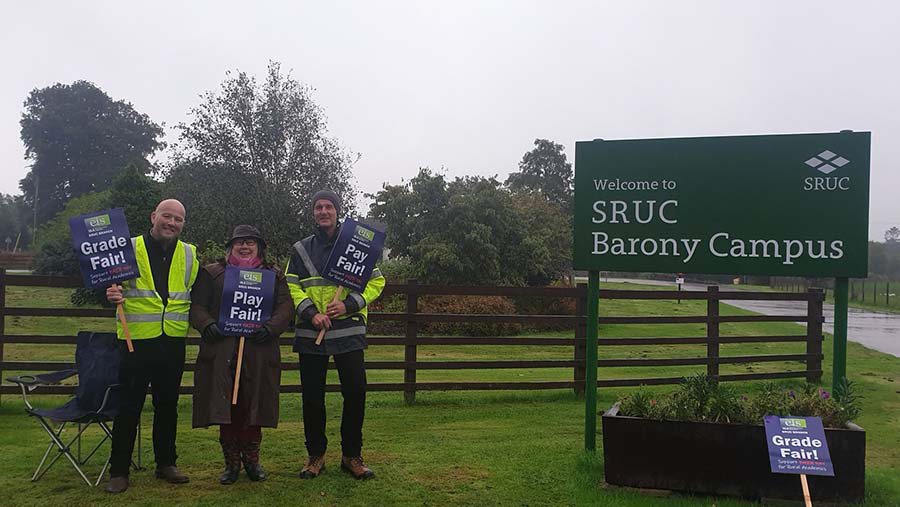 The strike took place after more than 85% of the teaching staff voted in favour at a union ballot while 93% had agreed to take additional disruptive action.

The so-called Actions Short of a Strike (Asos) include refusal to carry out goodwill gestures such as overtime or lunchtime activities. They also include a boycott on sharing assessment or exam results with the SRUC.

The pay offer made by SRUC management would have resulted in sub-inflation pay awards for the majority of EIS members, Mr Flanagan said.

He accused SRUC managers of dragging their feet over a pay deal and urged them to improve the offer, made as strike action loomed.

‘Too little, too late’

“This offer from the employer is far too little and far too late, and comes with so many missing elements and unknowns it is essentially meaningless,” Mr Flanagan said.

But a spokesperson for SRUC criticised the actions of the EIS leadership as disappointing and said the college was committed to a pay review.

“We have made strong progress in these areas and EIS have been involved and consulted every step of the way,” the spokesperson said.

The college encouraged EIS to re-engage with the internal dispute mechanism, including the ongoing offer of external mediation to resolve any specific concerns.

“We are fully committed to a review of pay and grading, which has already started. We have made a significant offer to our trade union partners on a pay increase for all employees for 2021-22.

“Our doors remain open. We look forward to working with EIS and discussing what’s best for employees, students, and the future of SRUC.”