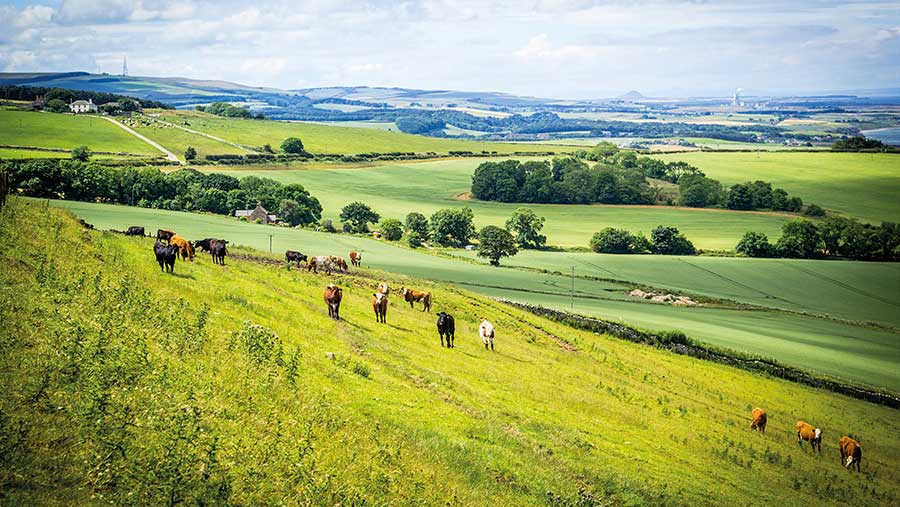 British levy bodies have joined forces to produce a toolkit of red meat facts ahead of the COP26 climate change conference in Glasgow later this month.

But the bodies expect much of the criticism to be familiar myths, peddled by groups with anti-meat agendas.

The levy body toolkit is designed to help debunk the myths and spark fact-based conversations around livestock production.

And it supports the responses with facts, statistics and links to research articles and downloadable graphics.

QMS marketing director Lesley Cameron said the eyes of the world would be on Scotland when the talks got under way.

“Consumers are bombarded with messages around sustainability, and farmers are in a unique position to help bust the myths surrounding red meat,” Ms Cameron said.

Her counterpart at the AHDB, Liam Byrne, added that mixed messages in the media around food and nutrition made it easy for consumers to get confused.

“We know from AHDB research that consumer trust in farmers and their role in food production remains robust,” Mr Byrne said. “They are keen to hear more farmers telling their stories.”

HCC communications manager Owen Roberts stressed that it was important that the debate over red meat’s contribution to climate change was based on reality.

“[UK] methods are a world away from the most environmentally damaging examples sometimes highlighted in the media,” he said.

“We have the resources – grass and rain – to lead the way in sustainable farming and a positive story to tell.

“These resources will help people within our industry to get the facts and share the good news about the good work farmers are doing.”

The toolkit with key messages and social media assets is available for anyone to use and share.

It includes videos that can be shared via YouTube, an infographic of livestock sector statistics, and responses to a wide range of myths.

Myth: British livestock farming is one of the biggest sources of greenhouse gas (GHG) emissions.

Truth: Agriculture’s net GHG is significantly lower than other industries.

According to research, livestock emits just 6% of the UK’s GHG emissions with crops producing 4%. That compares with household and business waste (5%), and is much lower than transport (27%) or energy supply (21%).

Myth: Livestock are to blame for climate change.

Truth: UK cows and sheep account for only 5.7% of net UK emissions – and that figure is constantly reducing. Ruminants are the only species able to transform marginal grassland into high-protein food.

Myth: Farm animals use too much water.

Myth: Land used to graze livestock could be used to grow crops instead.

Truth: About 65% of UK farmland is best suited to growing grass and cannot grow arable crops.

Truth: More than 90% of beef and sheep are fed on grass, silage and brewers’ grain, meaning the sectors are not driving global soya production.

More myth busters and related facts are available in the toolkit.

How farming helps the environment

As well as tackling the common criticisms, the resources set out positive messages about the red meat sector’s contribution to tackling climate change.

Plants capture carbon from the air and use it to grow. Along with plant organic matter and manure from grazing animals, grass also delivers carbon to soil microbes via exudates from its roots. Ultimately microbes convert this into complex, stable carbon compounds called humus. The process is stimulated by grazing which kickstarts more grass growth and leads to a cycle of carbon capture.

Introducing pasture to arable rotations reverse the process of topsoil depletion by halting erosion and rebuilding soil. It also helps to recycle nutrients to the soil.

Without maintaining a low level of grazing, species-rich grasslands are replaced by taller, wild plants with lower species diversity. This was demonstrated when agricultural subsidies transitioned to area payments, leaving much grassland unmanaged and resulting in a sharp decrease in biodiversity.

Where to find the resources

The full toolkit can be downloaded on the QMS website (PDF).