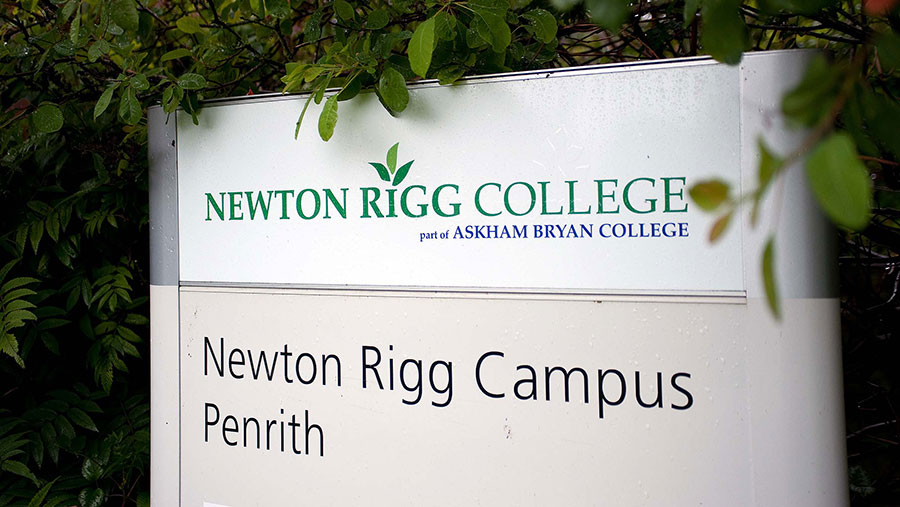 A cross-industry group has submitted its multimillion-pound bid to save Newton Rigg College from closure, backed by a former principal of Duchy College.

Newton Rigg Ltd submitted its bid to the further education commissioner on 30 October to create “a college for the future”.

The agricultural college, based in Penrith, is facing possible closure from July 2021 after the governing body decided it was no longer viable to run the site.

Askham Bryan College said recruitment challenges, falling student numbers and financial losses had left it with “no other option” than to close.

But the move from Newton Rigg Ltd seeks to secure a stable future for the college “based on strong local leadership, collaboration with employers and much-needed investment in facilities”.

The bid by Newton Rigg Ltd, a local, independent company specifically formed to protect the future of the college, has attracted widespread support from farming, business and land-based organisations.

The group has announced that Andrew Counsell, a former principal of Duchy College Cornwall, has joined their board of directors.

Mr Counsell was a member of senior management at Duchy College, Cornwall, for almost 30 years, serving 15 years as principal and also establishing the Duchy Rural Business School. He is a member of the IFA Route panel for land-based and 10-year vice chair of Landex – Land Based Colleges Aspiring to Excellence.

“I am very pleased to work with the Newton Rigg Ltd team to keep the strong heritage of land-based education alive in Cumbria,” said Mr Counsell.

“I am impressed by the passion, drive and local enthusiasm for the college and its long traditions of high-quality education. To address the many issues facing rural communities, current changes in agricultural policy and environmental priorities, there is no doubt we need local centres of excellence for the land-based community.”

Newton Rigg Ltd’s vision is not only to continue the college’s vital role in further education and training for local communities, farmers, and land-based businesses, but also to embrace new opportunities for the college to enhance its public benefit.

This includes initiatives such as an agri-tech village and demonstration farms, proactive apprenticeship and rural skills schemes, and new provision to address the lack of in-county opportunities for high-needs students and others not in education, employment or training.

The preferred bidder is expected to be announced by the Department for Education on 18 December.