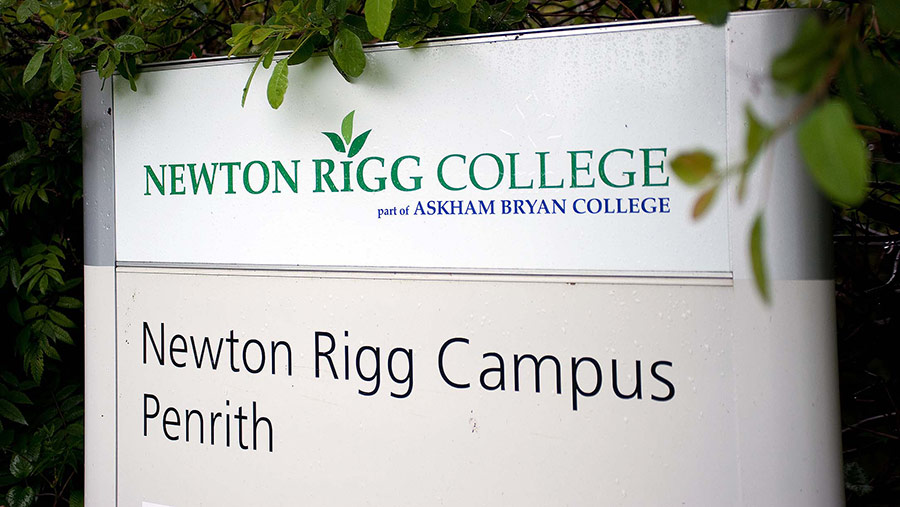 Two multi-million pound bids which were resubmitted to secure a viable future for Newton Rigg College, in Cumbria, have been unsuccessful.

The final element of the strategic review has concluded that it was “unable to identify an organisation to continue delivering land-based education at the Newton Rigg Campus”.

The review recommended that its current owner, Askham Bryan College, should continue to find a buyer for the site.

See also: 9 ways to get into farming

Unless a buyer can be found, more than 100 jobs will be lost and Cumbria will be left without a specialist agricultural college.

The future of the Penrith agricultural college has been thrown into doubt since Askham Bryan publicly stated its intention to close the college from July 2021.

Askham Bryan has offered the assets for sale under a review being supervised by the Department for Education.

Currently, there are 536 learners based at Newton Rigg, which comprises 440 further education students and 96 apprentices.

It said that other arrangements to ensure the continuity of land-based provision in the area were being developed.

Tim Whitaker, chief executive and principal of Askham Bryan College, said it was “disappointing” that the review had not found a buyer, and he understood the “strength of feeling for Newton Rigg among students, staff and locals”.

He added: “We will support and work with those involved in these plans, to ensure that current students and future applicants interested in land-based courses have a smooth transition.”

Neil Hudson, Conservative MP for Penrith and the Border, has been campaigning to save Newton Rigg.

Dr Hudson said in a statement: “Although this news is not what we as a community would have liked, I want to affirm that this is not the end.

“It is vital that we continue to fight to maintain land-based education for our young people in Cumbria. We already have strong local and national support as well as political support, and I am continuing to work with stakeholders near and far, as well as local government and national government to ensure educational provision in some form can continue.”

Dr Hudson vowed not to give up the fight to save Newton Rigg as a land-based educational provision.

“We, as a community, will not give up. It is important that we look to the future and not to view this as the end of Newton Rigg.