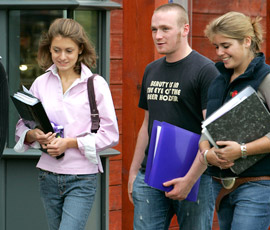 The number of students choosing to study agriculture in higher education has shown a marked increase over the past two years, a report shows.

By comparison subjects including education, languages and architecture saw declines in student numbers of up to 6%, the report says.

The increases have been achieved even though the total number of degree-level enrolments at UK universities and other higher education institutions have remained static.

A spokeswoman for Harper Adams University College, Shropshire, said that its intake for October 2011 reached its highest ever level.

“The University College believes that the trend will continue with applications for 2012 entry to agriculture, food and animals courses already ahead of those made for 2011,” the spokeswoman added.