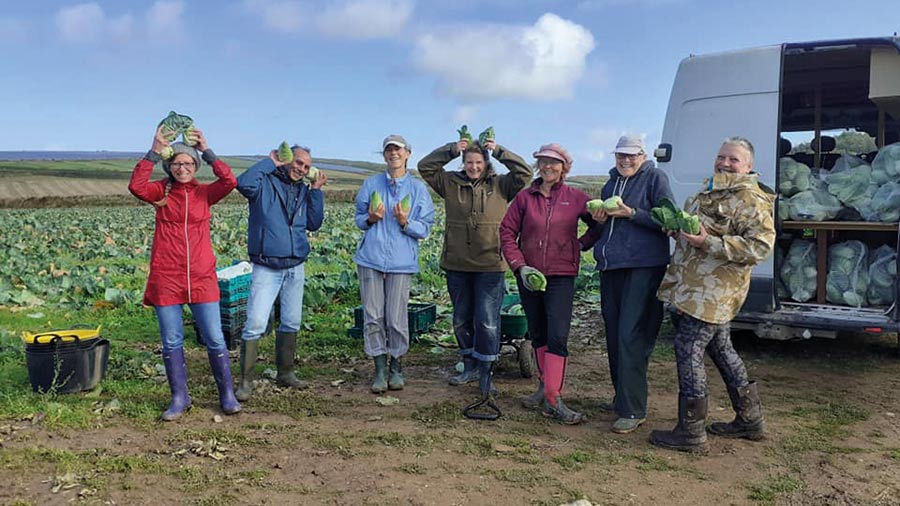 A group of volunteers in Cornwall are working with farmers to tackle the problem of food waste by gathering surplus crops and delivering them to community kitchens and foodbanks.

Inspired by “gleaning” – the medieval practice of harvesting leftover crops in fields, which was a right of the poor up to the late 18th century – the initiative has already supplied more than 40 tonnes of fresh food to those in need.

See also: Mini insect farms to be rolled out on Morrisons’ egg farms

“A third of our food gets wasted, some of it at farm and processing level,” said Holly Whitelaw, founder of Gleaning Cornwall Network.

“This isn’t just a waste of food, but also fuel, soil, fertilisers, pesticides, manpower and carbon. It’s not the farmers’ fault, but it makes sense to get some of this food to those in need.”

Since the network launched in August, more than 130 “gleaners” have gathered regularly to cut misshapen or irregular crops including cabbages, broccoli, courgettes and sprouts, which would otherwise go to waste. 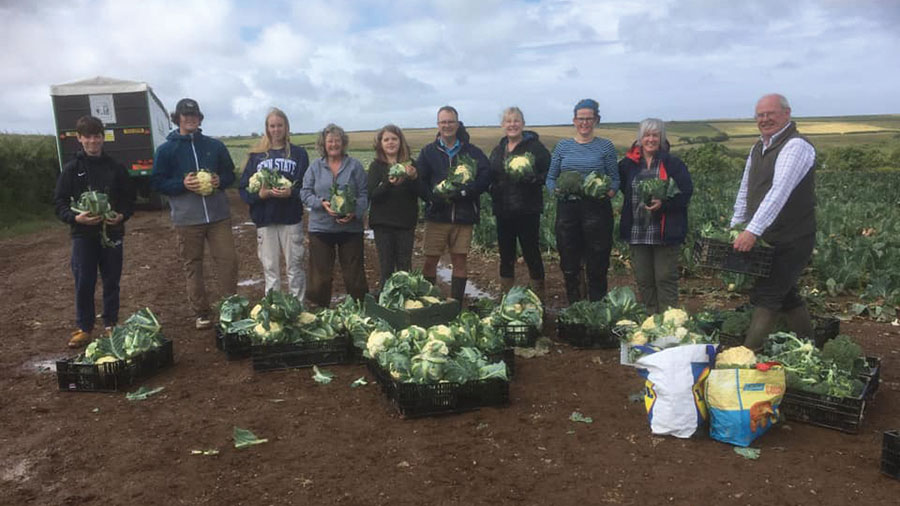 Volunteers then drive the produce to about 100 organisations in Cornwall, often using regular work routes to avoid adding food miles.

“The road to net zero is through our gut,” said Ms Whitelaw.

“We reduce food miles by sourcing local produce and by harvesting vegetables instead of letting them rot. We’re using the carbon put into the food rather than wasting it.”

The network is crowdfunding for two second-hand 4×4 vehicles to manage escalating orders and winter conditions.

“We hope to connect young and old volunteers with the land, encourage exercise and the companionship of like-minded people,” she said.

Phil Bradby, who farms at Trowan Farm, St Ives, said: “Every year on farms across the country large quantities of vegetables and produce go to waste because they are not economic to harvest or because they are irregular shapes and sizes, which shops don’t want.

“Most farmers like ourselves don’t like to see good food go to waste so are happy for people to glean.

“It would be brilliant if there was an easy way of putting farmers in touch with people and organisations who can make good use of this produce.”