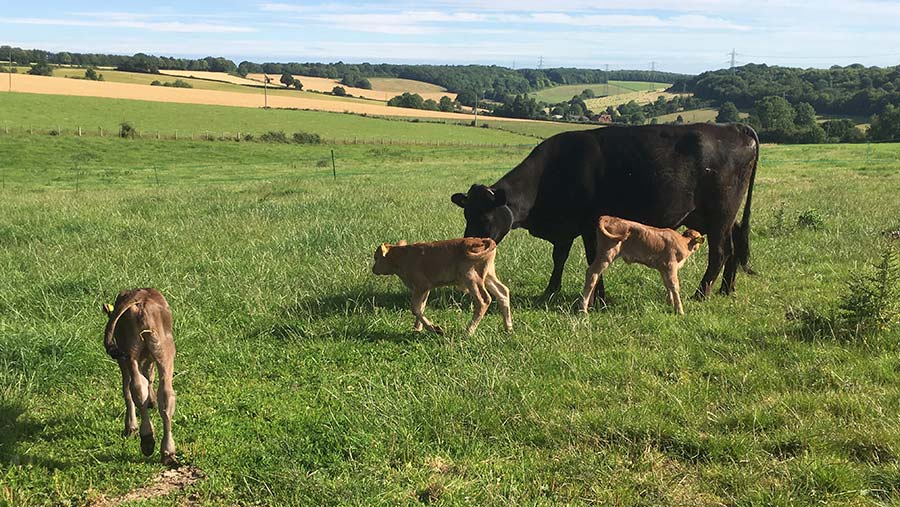 A cow has defied odds by giving birth to three healthy calves on a farm near Canterbury in Kent. 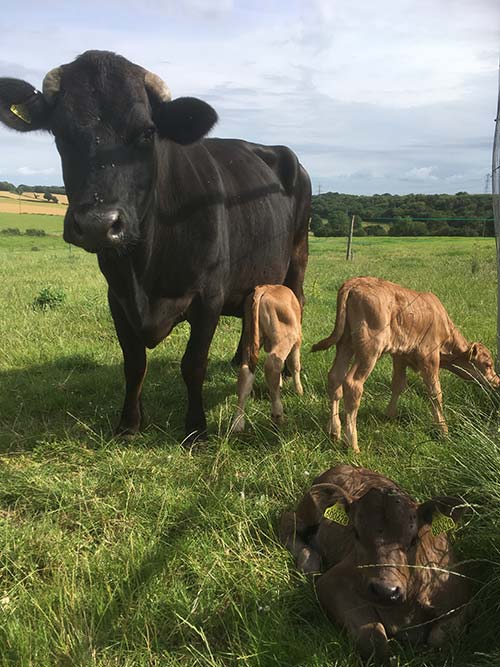 The triplets were born on Wednesday (3 July) at Broxhall Farm, which is run by Tom Sole in partnership with his father and uncle.

The two heifers and one bull calf were born to a Limousin bull, hired from a neighbouring farmer, and the farm’s 11-year-old Blonde-Friesian-cross cow. All three were unassisted births.

“The first calf was quite small, so we thought there would definitely be another one in there. We kept an eye on her and then the second one was born.

“We went away thinking that something else might happen. About an hour later, we found another calf with the mother.”

The NFU has estimated that the chance of triplet calves being born is 1 in 100,000.