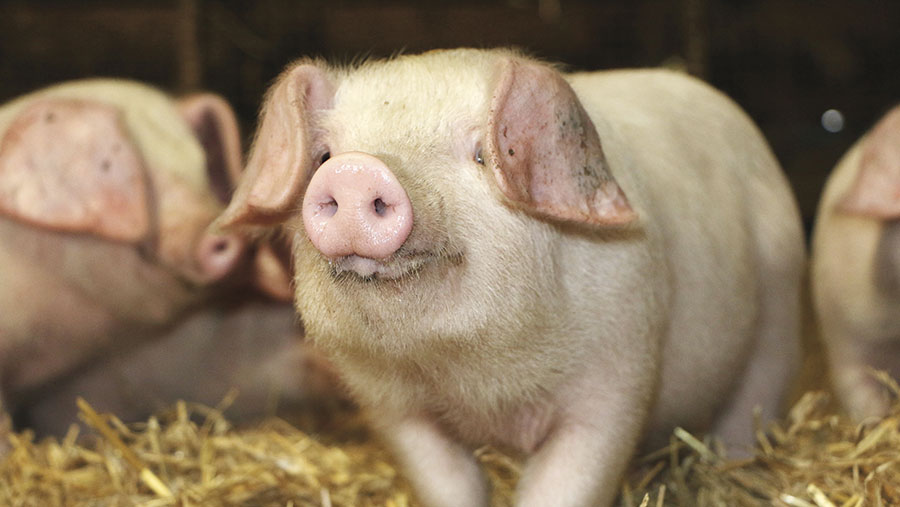 Rare breeds of livestock, such as the British Lop pig, are a public good which should qualify for support under the new Agriculture Bill, former Defra farming minister George Eustice has declared.

The MP was speaking at the launch of a new Rare Breeds Survival Trust (RBST) campaign to save the British Lop,

Mr Eustice, whose great-grandfather was a founder of the National Long White Lop Eared Pig Society, confirmed that he had tabled two amendments to the bill which would facilitate such support.

See also: How to farm rare breeds commercially and get a premium

“Protecting the genetic diversity that exists within our rare breeds and native breeds is a crucial public good that should be explicitly provided for in the new Agriculture Bill,” Mr Eustice said.

“The genetic resources contained within rare and native breeds give our livestock industry the ability to adapt to new challenges around disease and to changing approaches in livestock husbandry.”

Mr Eustice noted that Defra already supported genetic diversity in crops through projects such as the National Fruit Collection at Brogdale, the National Pea Collection and the Millennium Seed Bank.

“It is time for diversity in farm animal genetics to be placed on the same footing and recognised and supported as a public good,” he said.

RBST chief executive Christopher Price welcomed the move and called for MPs to back the amendments, one of which adds biodiversity and genetic resources to the definition of “natural heritage”.

“Our native livestock are a fundamental part of our native biodiversity and need to be supported in much the same way as wild animals and for much the same reasons,” he said.

The political development was the second piece of good news for the British Lop this week, with the RBST announcing a £94,500 donation from the Gerald Fallowes Discretionary Trust to support its pig conservation work.

The grant will be spread over five years, enabling genomic work to be carried out to establish a profile for the breed.

This will then make it possible to test the purity of animals or animal products being offered for sale.

RBST will collect genetic material from 15 boars, and one focus will be the recycling of frozen semen pellets, which will enable genetically distinct boars to be bred early in the project.

Research will also be carried out into the collection, freezing and long-term storage of pig embryos.

“This will enable us to fill our National Gene Bank for the breed, and also safeguard the breed against diminishing numbers and potential threats posed by disease outbreak,” said RBST chair Gail Sprake. “This will be the ultimate genetic insurance policy.”

The British Lop is a West Country breed which originated around the Tavistock area, on either side of the Cornwall/Devon border, in the early 20th century.

Initially known as the National Long White Lop Eared breed, its name was changed in the 1960s to the British Lop.

At the end of the Second World War, the UK needed to maximise food production and the government recommended that British pig farmers focused on more commercially viable breeds such as the Large White, the Landrace and the Welsh pig.

The British Lop was marginalised, bred only by a handful of farmers in the West Country.

The Lop was listed by the RBST in 1973 as one of the six rare pig breeds it recognised. However, it suffered in comparison with the other rare breeds by not looking particularly distinctive. Instead, enthusiasts flocked to pigs with short snouts and spotted or ginger markings.

The British Lop is generally docile and easy to manage, and hardy enough for outdoor systems. It grows readily and will finish with a well-muscled, lean carcass at pork or bacon weights. The dams are prolific and make good milky mothers.