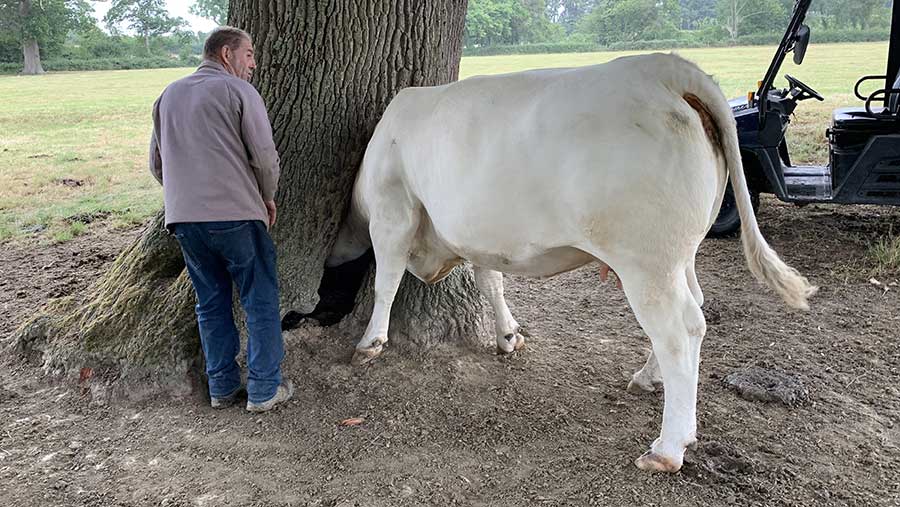 A curious cow had to be cut free from the base of an oak tree in a precarious hour-long operation after getting her head stuck.

The inquisitive Charolais, Vexour Goldie, got more than she bargained for when she went to investigate the tree on the farm in Chiddingstone, Kent.

Farmer Jan Boomaars and shepherd Ian Martin spotted the cow in a bit of bother on their daily rounds checking the pedigree sheep and cattle at Vexour Farm.

“When we got to one of the groups of in-calf cows, we noticed from a distance that one of the cows appeared to be very fond of one of the very old oak trees in the field,” Mr Boomaars said.

“On closer inspection it appeared that this cow, Vexour Goldie, managed to get its head stuck in a hole in the tree.”

The pair tried to release the cow by guiding her out, but could not get her head free.

“We ultimately had to resort using a saw to make the hole bigger, which clearly was easier said than done on a tree this size and so close to the neck and head of the cow. 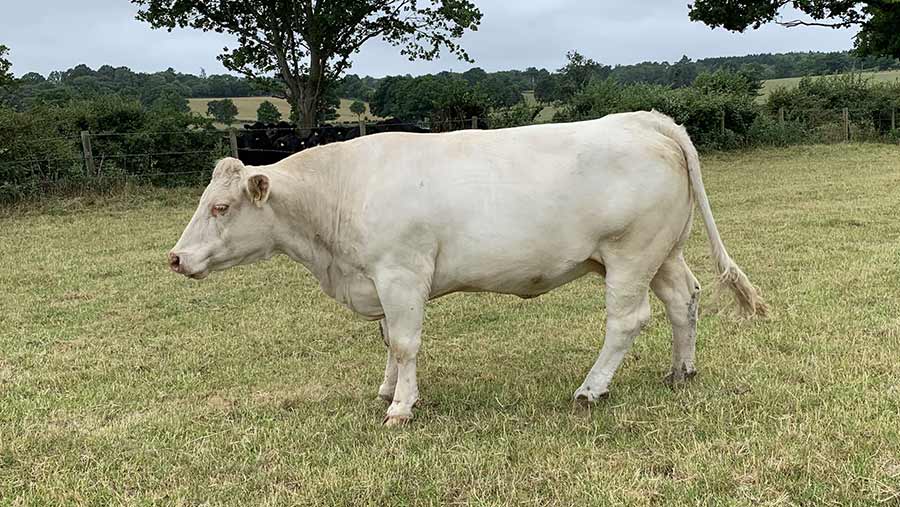 “However, Vexour Goldie was relaxed and patient, and after one hour of hard work by Ian, she walked off as if nothing happened.”

The 607ha mixed farm is home to pedigree Charolais, Aberdeen Angus and Hereford cattle as well as Texel and Charollais pedigree sheep.

Winter wheat, OSR, barley, oats and beans are grown in a five-year rotation.