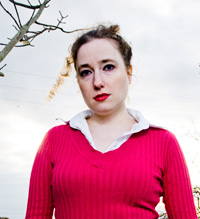 The government has won its appeal against a High Court ruling that DEFRA had failed in its duty to protect rural residents during pesticide applications.

The Court of Appeal decided in DEFRA’s favour on Tuesday (7 July).

It is a blow for anti-pesticide campaigner Georgina Downs, who had argued that DEFRA failed to abide by European pesticide rules.

He called on the government to “think again and consider what needed to be done”.

Ms Downs, who lives on the edge of farmland near Chichester, West Sussex, had suffered sore throats, blisters and other problems since she was 11 years old.

She collected evidence from residents who claimed spray drift from pesticides had given them cancer, Parkinson’s disease, ME and asthma.

But DEFRA launched an appeal against the ruling, which had it stood would have had big implications for farmers.

The victory is a relief for growers and pesticide manufacturers, who had argued that sprays and spraying procedures were already tightly regulated.

But pressure for farmers to notify residents before spraying fields adjacent to rural properties and other buildings is unlikely to go away.

Pesticide campaigners continue to believe members of the public have a right to know what is being spraying in fields next to their homes.