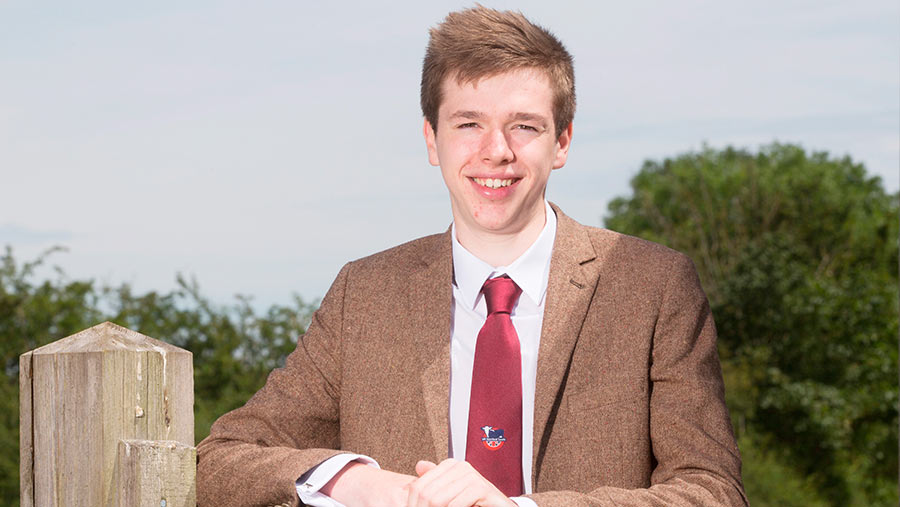 As Josh Dowbiggin, 2017 Farmers Weekly’s Awards Ag Student of the Year, dives into his penultimate term studying Agriculture at Harper Adams University, he’s been a little distracted by a new vegan trend.

The first month of the year is often a struggle for many, and I, for one, could some days do without the burden of assignments, a dissertation and encroaching exams.

Many people choose to kick bad habits at the start of the year, and some set themselves new goals for the months ahead, but one lifestyle change in particular has grabbed the most media attention in the past few weeks.

Some people chose the month of January to significantly change their diets by removing all animal products in the trend known as veganism.

See also: A beginner’s guide to careers in agriculture and farming

This has understandably posed an issue for the farming community, and many of us in that community, myself included, have found it hard to listen to many of the accusations coming from the other side.

As hard as it is to listen to the warped truths that have been constantly spouted to the public through the media and online, it is important to take the high road in these situations.

First, it is crucial we distinguish between vegans and animal activists. Even I had one friend (already a vegetarian) who decided to take on the “Veganuary” challenge.

She has no issue with others eating meat or dairy products and never attempted to lie to make others feel guilty for doing so.

After all, it is within someone’s rights to personally disagree with eating animal products.

However, the line is crossed when people and organisations manipulate facts to force others into living a certain lifestyle.

Just because I have watched an episode of Holby City does not mean I can walk into a hospital and attempt surgery on a patient, so why do we let people who have never been educated in or worked in agriculture lecture us on how we do things. It just does not make sense.

Many farmers have made some quite noble attempts over the past few weeks to untangle myths being circulated on social media and TV.

Some have been successful, but often they are confronted with more harsh rhetoric and propaganda in a never-ending spiral of “someone is typing”.

So how do we tackle the issue head on without getting bogged down by people who refuse to even be open-minded or engage in meaningful discussion and debate.

As Michelle Obama once famously said: “When they go low, we go high.” This is exactly the approach we should take on this issue.

Instead of trying to preach to those already converted, tell your own story to the world, and be positive when you do so.

If we are open and honest about the way we do things and why, then ordinary people who simply want to know their food is produced in the right way will continue to trust our industry.

The UK has some of the highest standards of animal welfare, but it is questionable how well assurance scheme brands in particular are understood by shoppers.

The next step for farmers is to find new ways to get our positive message to the fore, and educating the consumers of the future at a young age is one way to achieve this.

Whatever way we decide to do this in future, the key is we stay positive, stay on message and stay away from slanging matches with the activists online. Believe me, it is wasted energy.