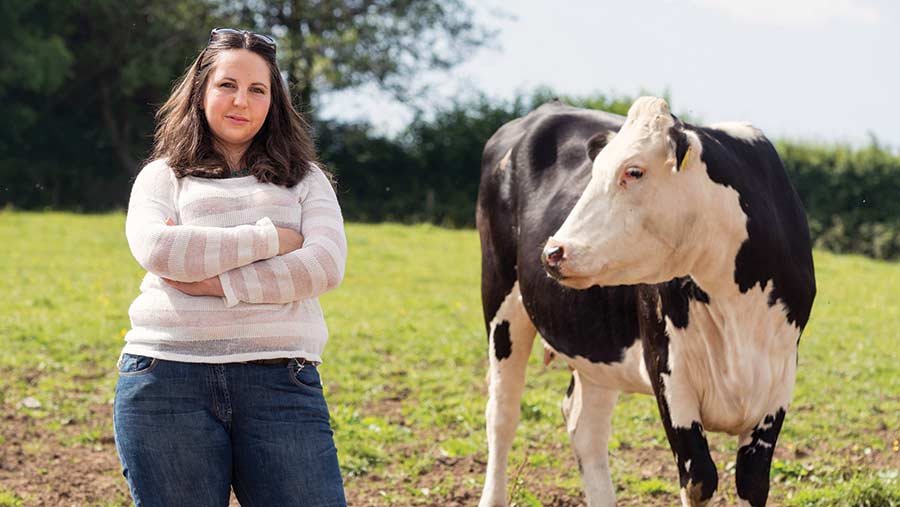 The battle lines have been drawn in the Jeans household and family members are setting up their respective soapboxes from which to try to convince the undecided of voting age to rally to our causes.

I am firmly of the opinion that it is time to jump off the sinking European ship, while William is desperately clinging on to his BPS, terrified that he would have to do without our annual bailout from Brussels if we left.

Every time I think I’ve convinced him otherwise, another pro-European politician pipes up and scares the living daylights out of him. It is refreshing to partake in some good-natured political banter around the dinner table on a Sunday afternoon – no doubt a scene which will be replicated in farmhouses across the country in the coming weeks.

An EU exit will have a far more dramatic impact on the farming community than most other Britons – so many aspects of our daily lives and business practices are directly affected by European rules. With such economic turbulence across many sectors at the moment, it is hard for me to see how being part of such a large, cumbersome trade community can benefit British agriculture.

My main reason for voting to leave the EU is that I see a fundamental problem with British taxpayers paying twice as much into the CAP budget than British farmers receive back in subsidies, effectively subsidising production in other European countries at the expense of our own industry.

We then have to sign up to and enforce “cross-compliance”, which aims to instigate a common set of rules designed to create a level playing field across 27 of the most diverse countries in the world, some of which take European regulations with a tablespoon of salt when they don’t suit them. I mean, it seems ridiculous that the same set of environmental rules should be applied to farmers in Britain and farmers in Greece; one size fits all suits no one.

William’s biggest reason for voting to stay is that he believes, if we leave, the UK government will scrap all farming subsidies. While I seriously doubt that would be the case in the short to medium term, ultimately maybe that would be better for us in the long run.

The 64 million British consumers will still expect to see British vegetables, fruit, meat and dairy on the shelves in the supermarket. Our customers aren’t going anywhere, and if the government allows us to farm under a sensible regulatory burden, specifically tailored to protecting the British environment and upholding the high standards we already lead the world with, then bring it on.

William also says that it will make it difficult to export to the EU and they won’t want our products. To this, I gently remind him that out of an EU population of 506 million people, our British market accounts for the third largest by population size; nearly 13% of all EU citizens live in the UK – the fifth largest economy in the world – so they can’t afford not to trade with us. Yes, trade deals will have to be negotiated and it will probably get messy and take a while to sort out, but leaving would give us the right to trade with everyone else on our own terms without having to play by the EU’s games.

I’m a risk-taker by nature. I don’t like the EU; it annoys me immensely every time I see eurocrats waddling around Brussels on the TV or try to follow what is going on with various European legislation.

The whole European experiment was a great idea when it was started and, in many ways, it has served us well – we are friendlier with our neighbours across the channel than ever before. Many European laws have made our lives safer, fairer and given us rights we never had before.

I don’t hate the EU – if I was a little farmer in a small, European country with a modest-sized economy I can see that being part of a big club and ever-closer union makes a lot of sense, especially if lots of you speak the same languages, use the same currency and can drive around from country to country without using your passport.

But as a proud citizen of the fifth largest economy in the world, I have no desire for the UK to become just another member of the “United States of Europe”. From where I’m sitting, I’m convinced that we would thrive outside of the EU.

I have no interest in getting my knickers in a twist over potential policy changes or trying to predict exactly what will happen if we do decide to leave, but one thing is for certain: I’m voting with my gut instinct. Whatever anyone might prophesise over the next few months, I know that if we vote to leave we will be free to determine our own future. We will sink or swim on our own merits.

It will be far easier for us to create rules that protect the rural economy in Whitehall than in Brussels. So, on the 23 June, I’m going to take a deep breath and make my X in the box marked “leave”. Hopefully, by then, I will have convinced my husband to do the same.