An Australian sheep farmer is claiming a world-record price for a kelpie after her two-year-old dog, Hoover, sold for AU$35,200 (£19,230) at the Casterton working dog auction in Victoria.

Sarah Lee, who keeps sheep and trains dogs with her husband, David on, on their 40ha farm in Edenhope, south-east Victoria, said she was “ecstatic, but not surprised” given the exceptional quality of the dog, both with cattle and sheep. 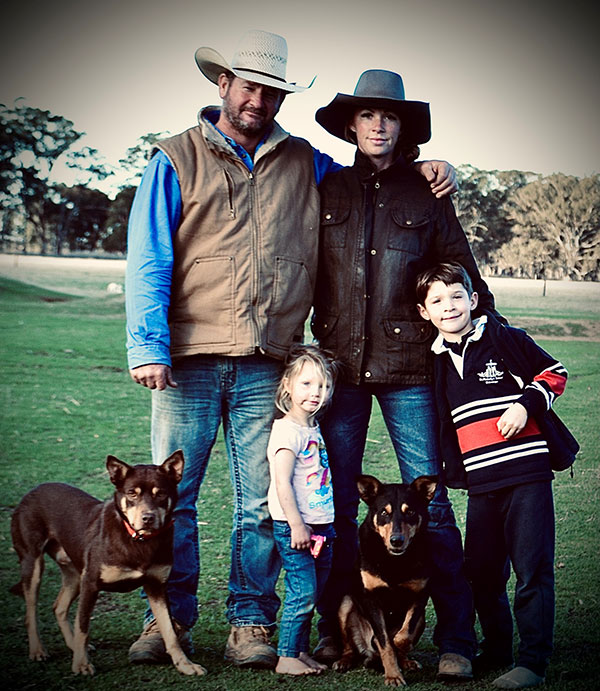 See also: How to train a sheepdog and pick the best breed

“He’s just a brilliant dog,” she said. “He’s had lots of work on large mobs and is the complete package, with a cool personality.”

Mrs Lee, who comes from a farming family based near High Wycombe in Buckinghamshire, but has lived in Australia for 12 years, denied this was “silly money”.

“When you think of the amount of work a dog puts in and compare that to employing two or three people to do the same thing, it’s not a lot – and the new owner also has the opportunity to breed from the dog.

“Some people have paid £5,000 for a French bull terrier, and all they do is pee on the carpet and eat the couch.

“For us as trainers, the hours we put in over those two years leaves us not much of a margin,” she added.

According to Mrs Lee, who currently has 15 dogs on her farm, kelpies are preferred to collies on many sheep stations as they tend to be more vocal, which helps when trying to move large numbers around a yard or into a lorry.

“Collies tend to be more popular further north, where there are more cattle, as they are stronger and better suited to the work.”

While the price for Hoover was a record for the breed, it fell just short of the world record for a working dog, which was achieved last year when Elan Valley Sally, a border collie from Brecon, was sold in an online sale for £19,451.

A world record £7,600 was also paid for a nine-week-old collie pup, Lassie, at Skipton Auction Mart in May of this year.