Sheepdogs are an integral part of a farming team and there seems to be no end to a well-trained working dog’s talents.

From rounding up a flock on difficult terrain in the ranging uplands and collecting stragglers caught in hedges, to drawing out a lame sheep or driving the lot into a pen, a farmer will always look to their dog for assistance first.

Training a working dog is a topic many farmers have strong views on, whether it be what puppy to choose, warning signs to look out for or the best way to quash bad habits.

We’ve spoken to three sheepdog enthusiasts with varying levels of experience to find out more about this fascinating world. 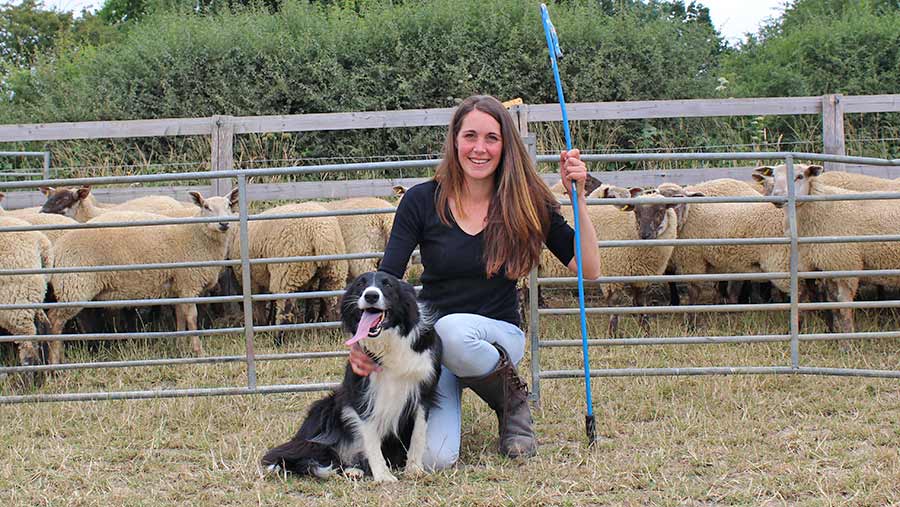 Holly’s most-used commands Come by, away, wait, sit down, look back, in/out, leave it, hold

Kent sheep farmer Holly Chandler decided to buy her first working dog four years ago to help with the day-to-day jobs running her flock of 450 Suffolk and Texel cross mules.

A friend picked a puppy out of a litter in Wales and as soon as the border collie arrived at Holly’s Ashford home, she became part of the family.

“It never entered my head to send her away for training, I just always thought I would do it myself,” Holly explains.

“I called her ‘Missy’ because I’ve just always liked the name, but I use ‘Miss’ if I need to shout at her across a field, so I revert back to a one-syllable name.”

Ahead of training Missy, Holly did research on the internet and spoke to people in the know when it comes to sheepdogs, but she soon realised everyone had different techniques.

“Nobody works their dog the same way and you need them to work for you,” she says.

“I made sure to expose her to lots of new situations and build up her confidence. I taught her ‘away’ and ‘come by’ by throwing something for her in that direction and saying the word. She picks up new things very quickly.”

Watch the video below of Holly and Missy working as a team to bring lambs into a pen.

Now, Missy is an integral member of the team, able to round up sheep, look back to find any missed, collect lambs stuck between the hedge and fence and keep the flock away from Holly while she’s filling up creep feeders or opening gates.

For ease on windy days or when in big fields, Holly had planned to train Missy with a whistle, but ended up just whistling for Missy to return to her and using voice commands for everything else.

Missy is keen and wants to work but can sometimes get too excited, and Holly has to keep calm – too much shouting or stress means Missy runs off and hides.

“If she does something wrong, I make sure I come back to it later when we’re not in a rush to make sure she understands,” Holly said.

“It’s important to have confidence in your dog that they will do the right thing, and make it a positive experience so that they enjoy it.”

Other breeds that make good sheepdogs 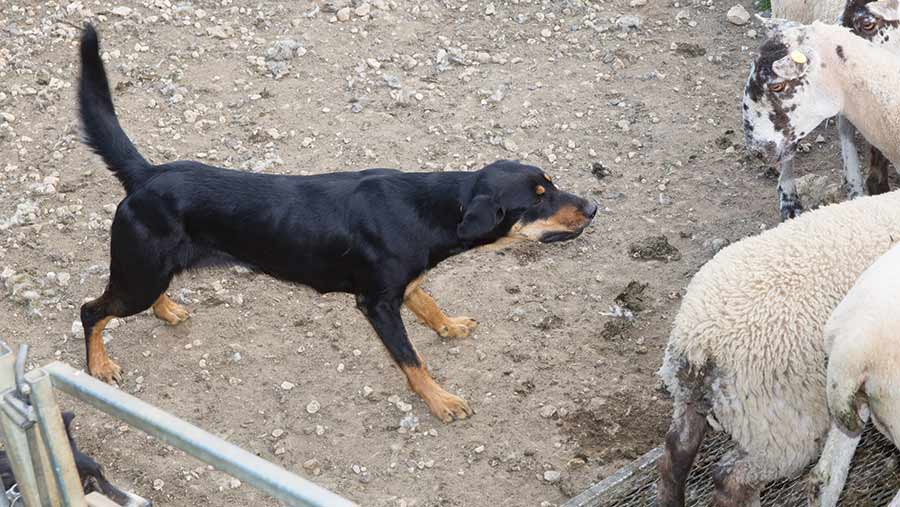 Huntaway A strong, powerful breed that can move big numbers of sheep and cover the ground quickly but may struggle with more intricate shepherding tasks. 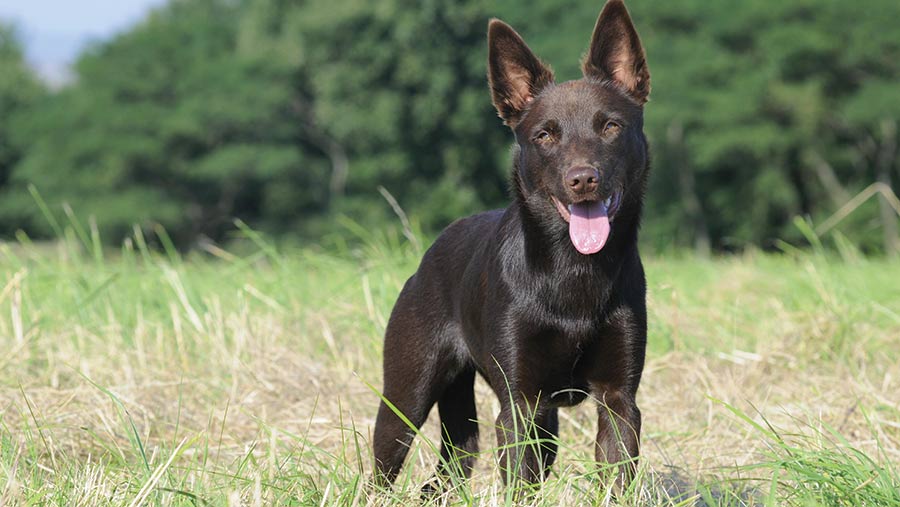 Kelpie An Australian breed with black-and-tan markings, kelpies are natural stock workers and their forte is “backing sheep” – running along the back of sheep in a race or pen and dropping to the ground on command. 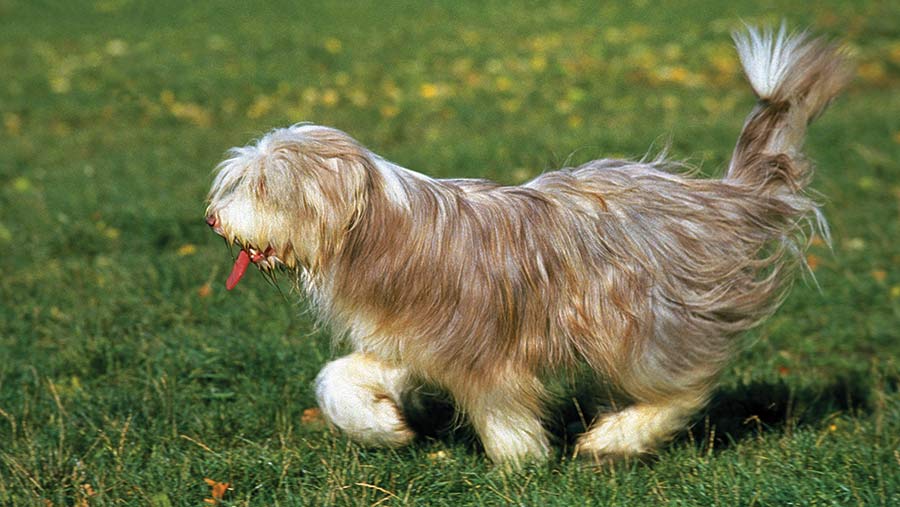 Bearded collie Less popular among working shepherds than they used to be, these dogs have a shaggy coat and are similar in size to a border collie, but require fewer commands.

Sheepdog enthusiast David Oliver farms about 40ha on the Cooley Peninsula in County Louth, Ireland, with 150 Lleyn ewes and a small herd of Salers cattle.

“I always bought dogs from locals, but when I purchased Poppy, my first registered pup, I really got the buzz for it,” he said.

“Having a really good dog raises your interest and training her turned into an addiction. All the stuff I’d previously read in books and watched in videos clicked and suddenly made sense.” 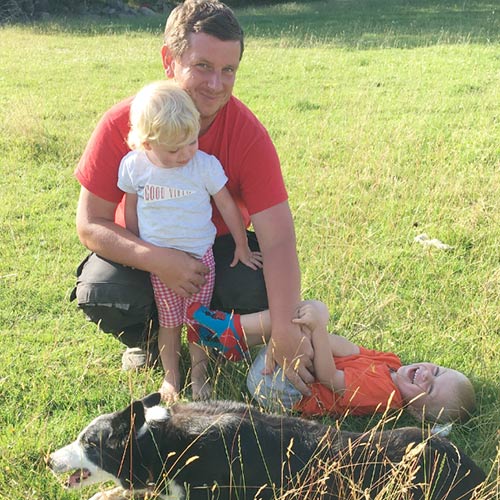 David always buys a puppy rather than an older dog, and aims to pick the most confident dog from the litter. He also looks for a pup with a strong, large head and a well-set tail.

He keeps them as pets for the first six months, socialising them, letting them play with his children and focusing on building up a bond, before training begins.

During the training period, the dog is kept in its pen to think about what David is trying to teach it, then once they have matured and are fully trained, the dog is allowed loose around the house again.

He believes everyone needs to find a dog they are going to enjoy working with and one that can carry out the daily tasks on farm.

“For me, that’s a strong dog that works on the strong side of the sheep with plenty of push,” said David.

“There’s nothing more frustrating than a dog that constantly wants to work the weak side and won’t push sheep into pens or holding areas. I’d rather be holding a dog back than asking it up.”

He added: “I’m still very much learning as I go but I think with dogs success always starts with failure and with each new dog you train you learn more from them than they learn from you.”

Skills Andy thinks all dogs should learn Gathering sheep, driving sheep away, pushing sheep through handling systems, holding a sheep so the shepherd can attend to it.

Andy Nickless became interested in sheepdogs when he met his partner Gill, who was involved in trialling, and he has since built up a business in Worcester training working dogs.

He posts video tutorials and advice pieces on his website The Working Sheepdog, covering everything from “the essentials of sheepdog puppy training” to “is it wise to buy more than one puppy?” and how to stop dogs from “gripping” the sheep. 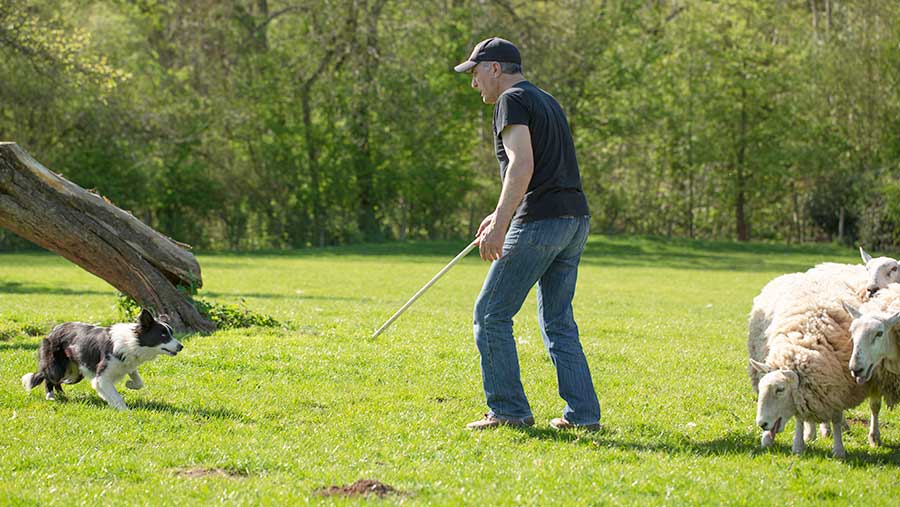 Andy recommends buying a puppy if you have the patience, time and facilities to train it properly and give it a proper puppyhood.

Auctions are popular places to buy a dog and it’s best to buy from a farmer or trainer who will be prepared to give advice or offer a fixed trial period, especially for new handlers, he advises.

“If you’re buying a puppy, you should always be offered to see at least one parent working livestock, to assess their instinct for the job and judge if the parent has any traits like aggression or shyness, which the puppy may inherit,” says Andy.

“Then pick a healthy looking pup that seems confident and alert. Don’t be taken in by the puppy that chooses you. That puppy is likely to be the boldest and given the opportunity will choose every visitor.”

Alternatively, if buying an older, trained dog, it may appear badly behaved or to have forgotten its training when taken to a new home. Andy advises patience, because the older the dog, the longer it will take to settle into a new home.

If you saw the dog working well previously then, with time, it will work like that again.

Andy initially trains his dogs on voice commands alone, so the dog can differentiate between a gentle voice for praise and a harsher voice for corrections.

Once the dog is working at distance and in environments where it may not hear voice commands, Andy moves on to a shepherd’s whistle.

“A young dog may only need 20 minutes of training once or twice a week, but this can increase as the dog matures,” said Andy.

“Any dog will benefit from time to unwind. Allowing the dog to play football or retrieve has no detrimental effect on the dog’s work, and also helps to establish a bond.”

Dogs use an ancient hunting instinct when working livestock and thus feel vulnerable to attack or retaliation by the prey, according to Andy.

Seeing the situation through the eyes of a hunting animal could be the first step towards solving problems that occur during training.

Which sheepdog breed is your favourite?

Andy Nickless (AN) Border collies. They are the supreme sheepdog for versatility, tenacity and trainability. A good collie is like having another skilled worker on the farm, and a great companion too.

David Oliver (DO) I’d only buy a border collie, I’ve had other breeds in the past but prefer working with a collie. Here in Ireland we’re lucky to have plenty of great breeders, so you should be able to get one.

AN Farmers tend to prefer females, possibly because there’s always the option to breed from a bitch, but work-wise there’s absolutely no difference, in my experience. The behaviour of some bitches may change [when in season] but there’s no definite rule about it.

DO I probably would prefer to have dogs but when I bought Poppy she was the last pup of the litter. When she worked out and I bred her I decided to keep another bitch as insurance to continue the good breeding line. Keeping her locked away while in heat can be a hassle but she’s worth it.

HC I wanted a bitch so we could go on to breed from her.

What colour dog should you go for?

AN Red dogs and merles seem to be a little more strong-willed, but are just as good as black and white or tri-colour once trained.

AN There’s not much difference between coat lengths. Slightly different personalities maybe, and of course in very hot weather, rough-coated dogs get pretty hot. If the dog’s going to live in the house then a shorter coat can be preferable.

How much should you spend?

AN Prices vary widely. Puppies will generally cost £400-£700, with started dogs costing up to £2,000, depending on their level of training. Prices for highly skilled dogs can reach £5,000, with five -figure prices for top trialling dogs.

DO I’ve never paid more than €250 (£220) for a pup but I’ve known people who have paid €500 (£450). It all depends on what you’re after, but if I really liked the bitch and wanted a pup from her, I think the extra money would be worth the investment. A good dog is priceless in modern farming where time is everyone’s shortest commodity.