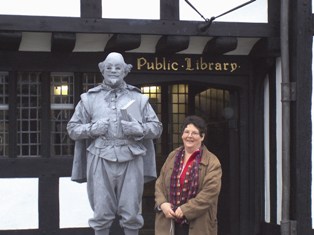 Highlights included a guided tour of the town, a gala dinner with a ‘Round the World’ slide show and quiz by Stour Valley members and, of course, the chance to learn everything you ever wanted to know about the town’s most famous resident, William Shakespeare. 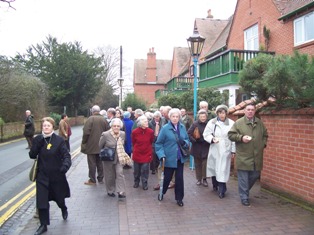 There was also some fantastic food in the Falcon Hotel – even if on Sunday lunchtime a slight mix-up in the kitchen meant that the apple pie was served with a drizzle of tomato ketchup on the plate rather than a raspberry coulis.

Members – who travelled to Warwickshire from as far away as Cumbria and Devon – particularly enjoyed the tour, learning where the expression ‘a frog in your throat’ comes from. In olden days, apparently, a live frog on a string was lowered into the gullet as it could secrete a substance which could cure a sore throat. 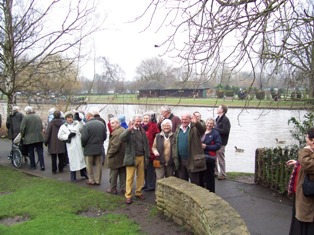 Much laughter also resulted from a tale from one of our guide’s of one Stratford resident who when asked whey she’d never taken a husband replied: “I’ve got a cat that’s out all night, a dog that growls all morning and a parrot that talks all afternoon. Why would I need a husband?”

Sunday members saw over 60 members attend a church service at The Holy Trinity Church – famous for housing the grave of William Shakespeare and for its ‘weeping’ chancel which isn’t quite in line with the nave. 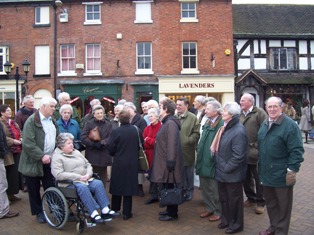