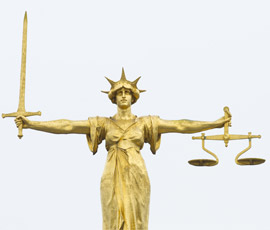 A Leicestershire farmer is facing a crown court trial next year over the death of a rambler killed by a bull.

Paul Geoffrey Waterfall, 39, of Leake Lane, Stanford on Sour, has been charged with manslaughter by gross negligence over the death of Roger Freeman.

Retired roofing contractor Mr Freeman, 63, was killed on 12 November 2010 after being attacked by a bull while walking on a public right of way through Underhill Farm at Stanford-on-Soar.

Mr Waterfall appeared at Nottingham Crown Court on Friday (6 September). He was bailed to attend the same court again on Friday, December 16, for a plea and case management hearing.

A date for a trial has been provisionally set for 7 April next year, which, if it begins, is expected to last up to four weeks.

Read the latest stories on farm health and safety