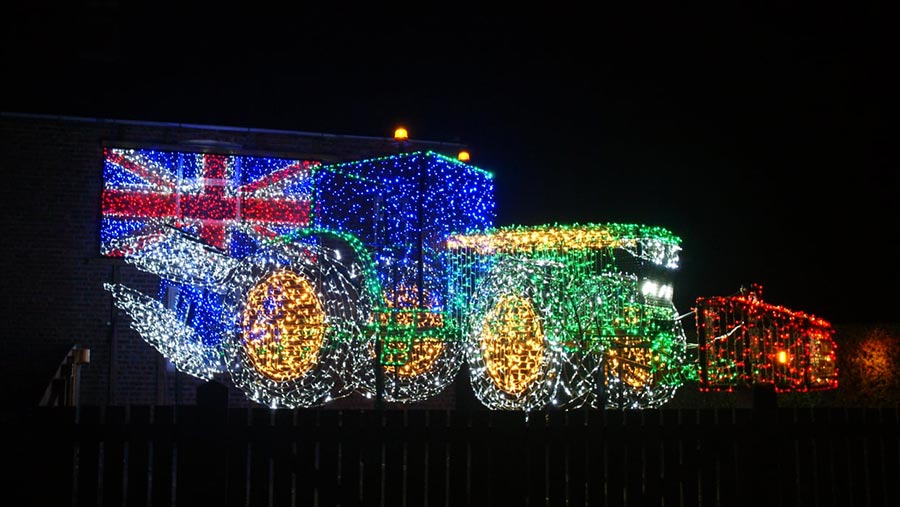 Yorkshire farmer Andrew Wilkinson has wowed us once again with his full-size replicas of a Land Rover Defender and John Deere tractor made from Christmas fairy lights.

For several years, Andrew, who farms near Pocklington in East Yorkshire, has created a life-sized model of a tractor lit up with thousands of tiny lights.

This year he has pulled out all the stops to share some much-needed festive cheer, by building two vehicles rather than the usual one.

See also: How farms can donate surplus produce to feed those in need 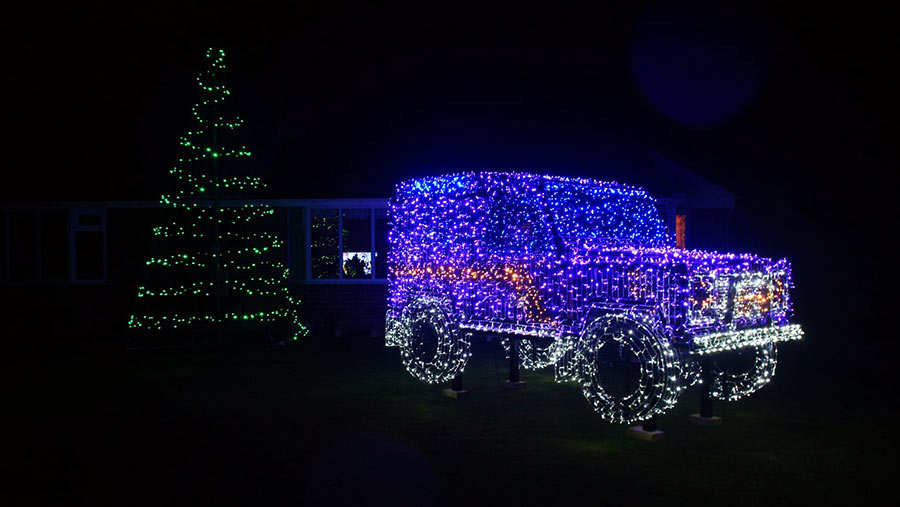 Parked alongside the tractor is the unmistakable shape of a Land Rover – something Andrew has been itching to have a go at making for years.

He based this structure on his dad’s very own Defender 90 as a tribute to him.

Having filled his driveway with the 6155m, Andrew asked neighbours Dave and Janet Watson to lend him some space in their garden for the Land Rover to take pride of place for a month. 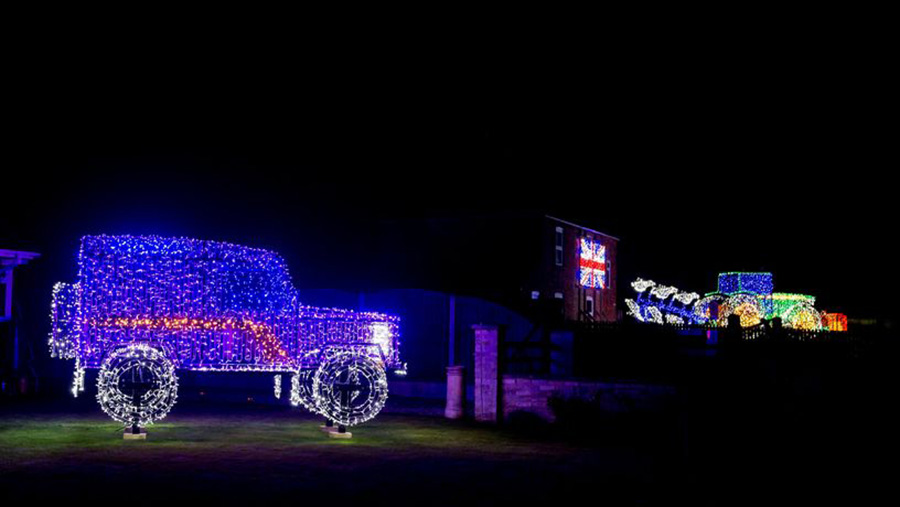 It’s all in aid of raising money for Cancer Research UK in memory of his father David Wilkinson, who died after a battle with cancer.

“Everything including the plough and weight block is built to full scale and the flag is 12x6ft.

He’s hoping to raise £4,000 for charity this year. To donate, go to Andrew’s JustGiving page and find out more on the Christmas Tractor Facebook group.