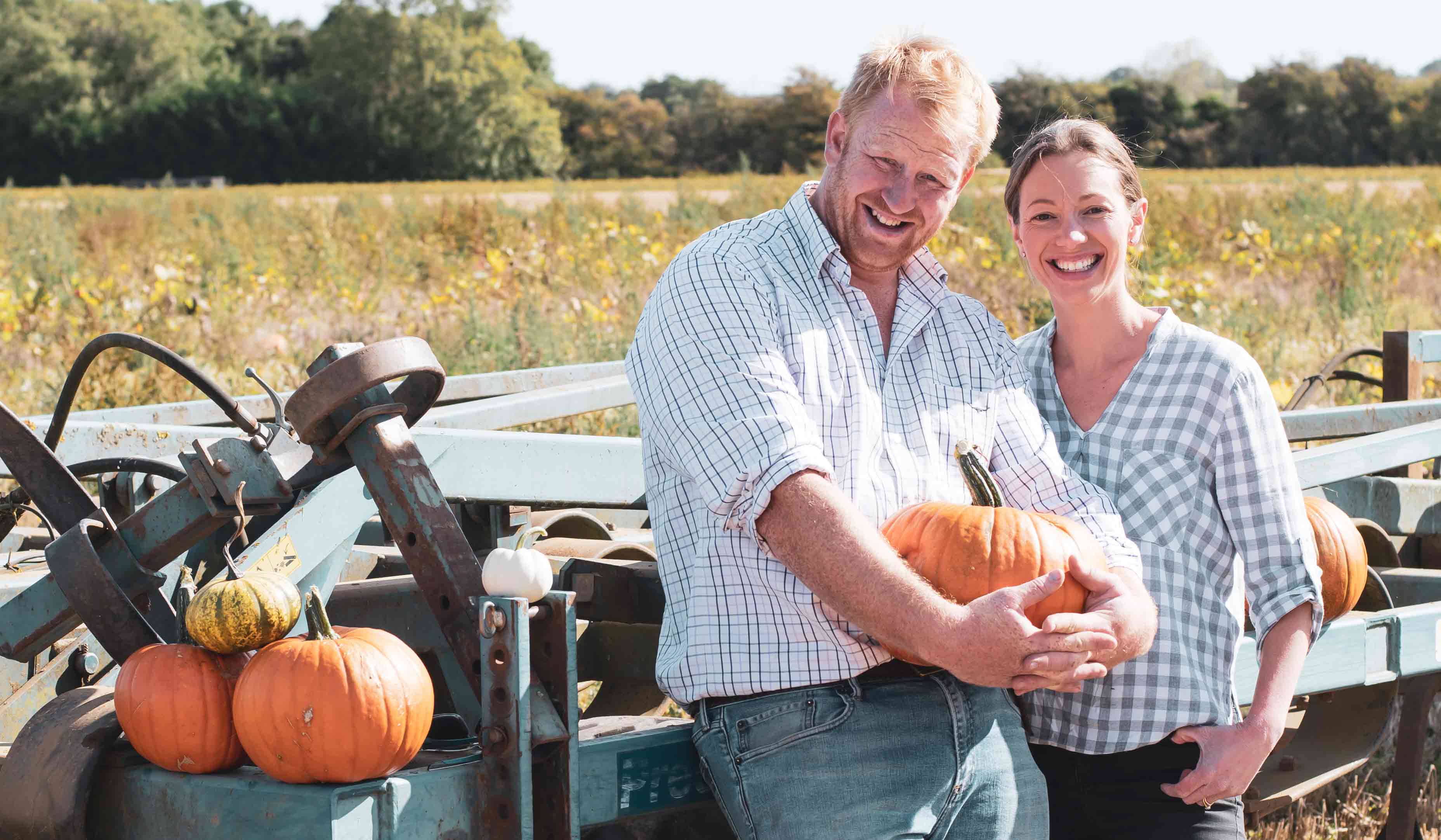 A farm in Buckinghamshire has helped feed thousands of less fortunate people living in Greater London after teaming up with a charity that turns leftover food into meals.

Mixed farmer Joe Gurney is encouraging his fellow food producers to work with worthy causes to redistribute perfectly edible fruit and vegetables to those in tough times.

Based on the outskirts of Milton Keynes, this diverse 550ha farm grows combinable crops, runs 450 head of beef cattle, 300 sheep, has a 20ha solar park and converted buildings for office, industrial and storage uses.

“We’ve diversified to make use of the farm buildings but not the land, until now,” says Joe.

His newest venture at Mount Mill Farm – which he runs in partnership with his parents and his wife, Roz – is The Patch MK, a pick-your-own, events-based offshoot. 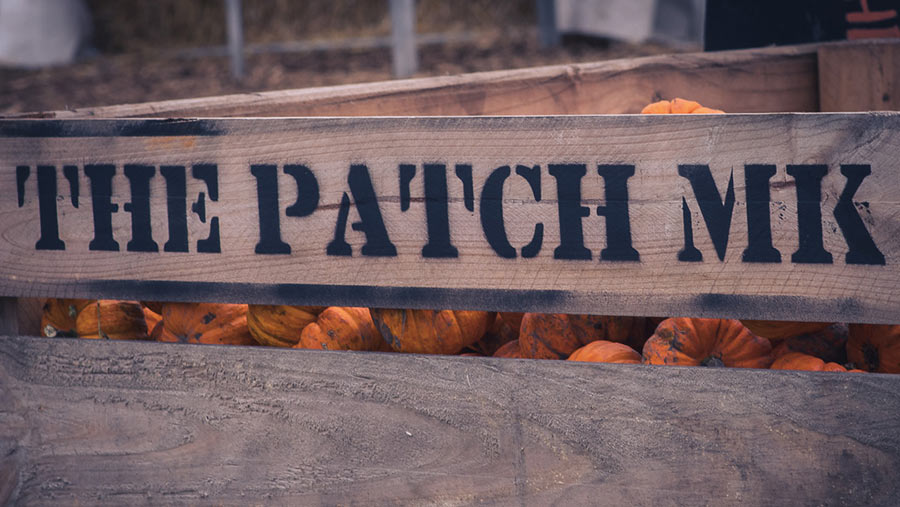 With the considerable urban populations of Milton Keynes, Buckingham and Towcester on the family farm’s doorstep, the fourth-generation farmer started growing a variety of pumpkins, sweetcorn and sunflowers on a handful of acres in 2019, with the aim of attracting the public.

Farming within a few miles of such large towns has become increasingly difficult in recent years, Joe explains.

“We rent on the urban fringe and you’re always on show. We get a lot of walkers and this increased even more during the first lockdown.”

The main issue has been with the public not understanding how to behave when on farmland; the typical failure to stick to footpaths, not keeping dogs on leads when in fields of livestock, and littering.

But by engaging with the public directly with their popular pick-your-own events, Joe and the family hope to turn the tide.

The farm’s ties with London-based charity The Felix Project began after about an acre of sweetcorn was left unpicked at the end of the season.

Joe had already been approached by the charity’s supply co-ordinator, Katie Pope, who was looking for surplus fresh produce to save from going to waste.

Founded in 2016, The Felix Project collects foods that cannot be sold by farms, wholesalers and the catering industry and acts as a go-between, delivering goods to local schools and charities, which provide nutritious meals to help the most vulnerable in the community.

Since the coronavirus pandemic took over life at the start of this year, demand for what The Felix Project does has skyrocketed, explains supply manager Richard Smith.

“We believe that everyone should have access to fresh fruit and veg, regardless of their means,” he says.

“We have delivered more than 14m meals since the year began and, so far, we’ve gleaned 49t of food from farms, which enough to make 117,000 meals.”

As one of nine farms currently donating unwanted fresh produce, Joe says he’s proud to have helped contribute towards those impressive figures and says other farmers should seriously consider getting involved.

“From the farmer’s perspective, it’s no hardship, it isn’t an inconvenience and really is very easy to do. We’ve provided enough food for 8,000 meals so far, and we’ve done nothing.”

Volunteers from the charity come to the farm to pick produce that is otherwise destined to rot in the field and deliver it to one of their three warehouses across Greater London.

It is a system that the charity says works well and helps non-farming folk develop their understanding of British agriculture, as well as benefit mentally from working in the countryside.

“This isn’t about somebody trying to get one over on you as the farmer, and it isn’t a load of hemp-wearing hippies coming to the farm. These are regular people,” says Joe.

See also: So you want to… rent out office space on your farm?

He argues that the monetary value of surplus or rejected crops, such as potatoes merely destined for cattle feed, is very low and would make a dramatic difference to people who are starving when the tonnage value will make little to no difference to the farm accounts. 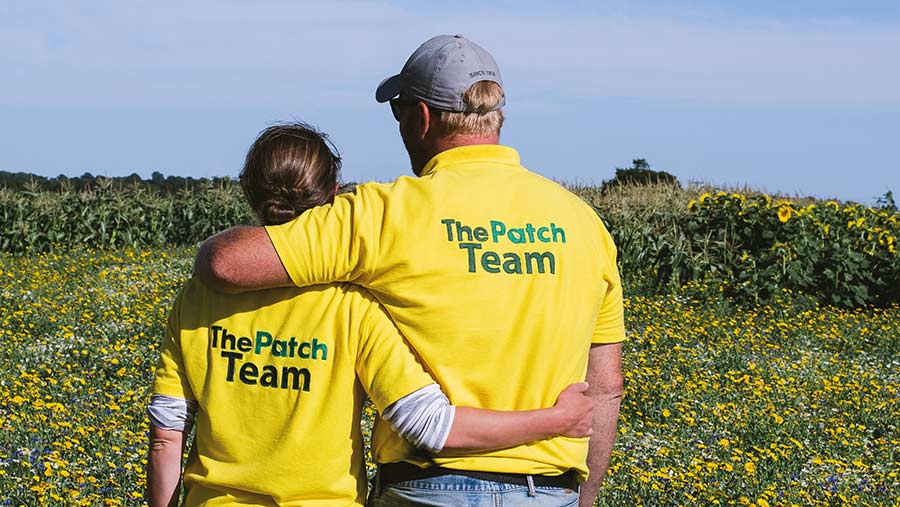 “I think there is a massive opportunity here for farmers to think about rejected stock because it is already picked and is going to waste.

“You can sell a few tonnes of rejected potatoes as feed for £25/t, or you can put them in a lorry and send them down to London to feed hungry people.

“There’s a monetary value, but then there’s also a morale value – it’s a different sort of reward,” he says.

With demand for food at an all-time high because of the hardship brought by the pandemic, The Felix Project is preparing to deliver an extra 4.5m meals in the run up to Christmas.

With stock leaving the warehouses within days of arriving, the charity is constantly reaching out to farms for fresh produce donations.

“It has really opened our eyes and I would actively encourage everyone to do it if they can,” says Joe. “It’s about showing that farming can give back.”