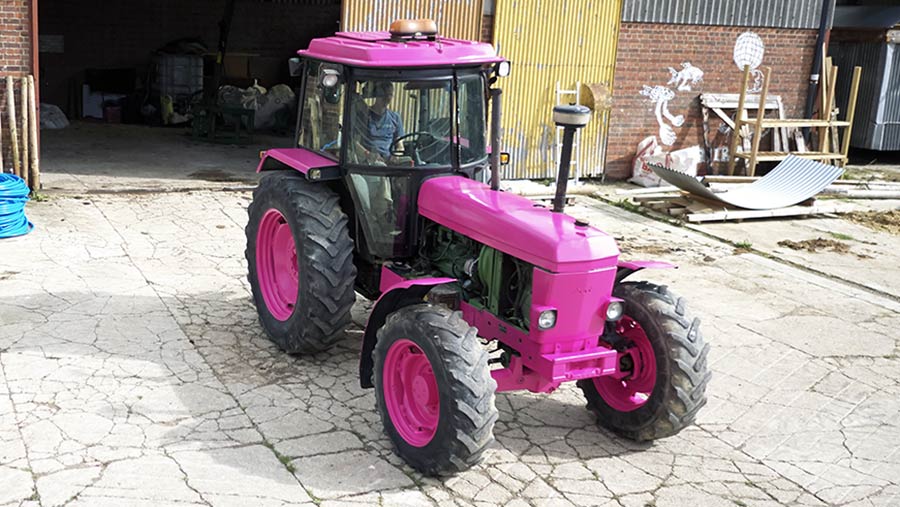 Environmental activists and farmers may seem unusual allies, but a group is preparing to bring a bright pink tractor to a London demonstration demanding urgent action on climate change.

Inspired by the Extinction Rebellion pink boat, which blocked Oxford Circus in central London for five days during April, a team of farmers has painted a John Deere tractor an eye-catching colour to share positive farming messages with the public.

On 7 October the group, called Extinction Rebellion Farmers, will drive their biodiesel-powered John Deere 3350 into Westminster as part of a two-week worldwide rally in 60 major cities including Paris, New York and Delhi.

Protesters are expected to block roads and transport links as they occupy capital cities in a drive to get the attention of governments worldwide.

One of the group’s founders, Welsh sheep farmer Sarah Shuffell, told Farmers Weekly that their aim is to promote the work farmers do to combat climate change, rather than contribute to any disruption caused by the general protest.

“We’re trying to dispel the view that Extinction Rebellion is just for vegan hippies. We are a group of crop and livestock farmers who are passionate about regenerative agriculture,” she said. 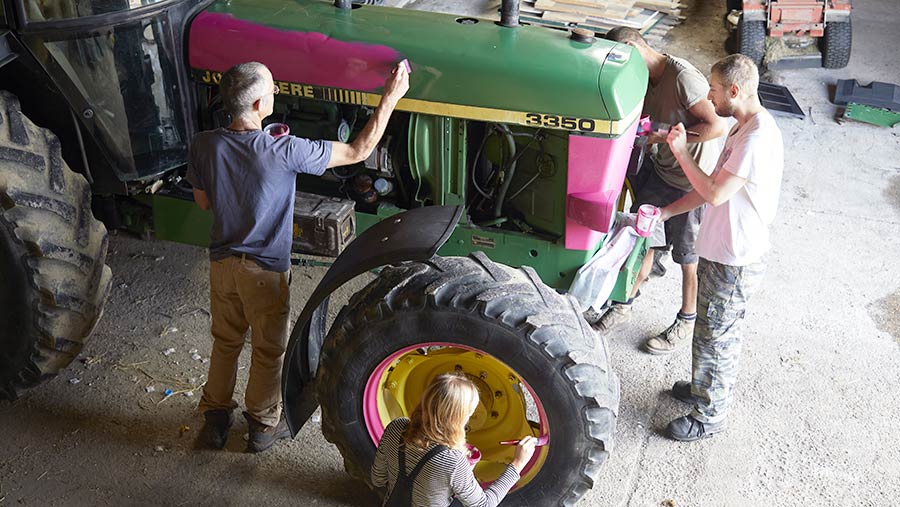 The group say they will work with police to park their pink tractor on Horseferry Road, a stone’s throw from the Defra headquarters in Smith Square, Westminster.

Sarah added that the group’s mission was to get the public thinking about farmers in a more positive way on the climate change issue by championing the industry and talking about “the power and potential farmers have when it comes to the environment”.

To do this, the group says farmers need greater public recognition for the work they already do to bring environmental benefits to the countryside and call on the government to provide greater financial support to take this even further.