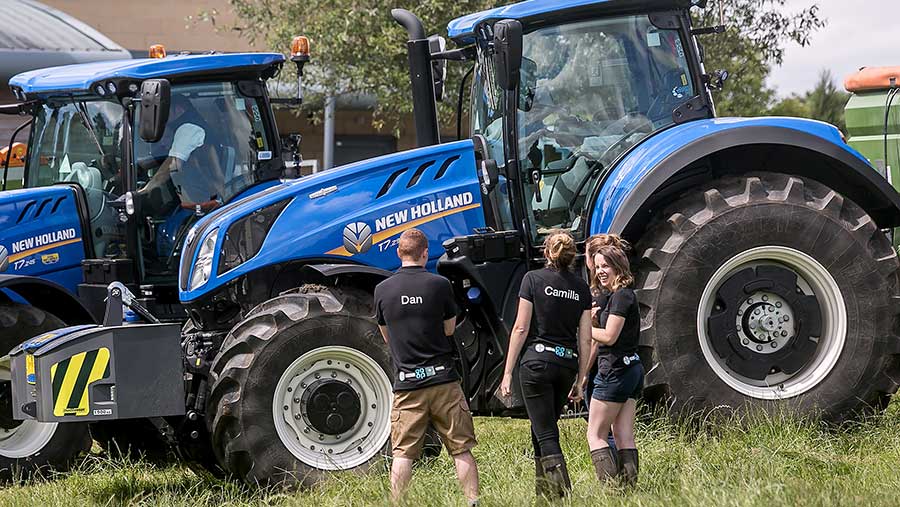 The Farmers Apprentice competition is a unique opportunity for young people who have their hearts set on a career in agriculture. FW catches up with previous winners to find out how the experience and the prize changed their lives.

So you’ve done the lottery (no luck there), you’ve tried the Bank of Mum and Dad (ditto) and, let’s be honest, high street lenders aren’t exactly falling over themselves to throw cash at you.

Without access to capital, it can be notoriously tough to get on the farming ladder. Land is expensive, tenancies are few and far between and, even if you go down other routes, you will need money for machinery or stock.

See also: ‘Farmers Apprentice is one of the best things I’ve ever done’

Sometimes in agriculture, as in all areas of life, you need a helping hand – especially when you’re starting out – and Farmers Weekly’s Farmers Apprentice competition will provide an amazing opportunity for one talented youngster.

We want to give someone the chance to kick-start their farming career – and we’re prepared to put our hands in our pockets to make it happen.

Yes, we’re going to give the winner of the 2018 competition a whopping £10,000 – along with access to an experienced mentor who will help them spend it in a way that ensures it’s of maximum benefit to their career.

Entering the competition has been a life-changing decision for previous winners – opening doors on new opportunities, expanding their contacts book and providing otherwise hard-to-come-by cash.

George Brown, who won the first contest, reckons the prize money made a massive difference to him.

“It gave me a huge step up on to the first rung of the ladder,” says George, who won in 2012 as a 21-year-old Cambridge graduate.

Armed with his prize, he flew to New Zealand where he spent 18 months working as a farm assistant and then as second-in-command on a large dairy farm.

“I had an amazing experience, learned so much and thoroughly enjoyed being on a very steep learning curve,” recalls George.

Aware of the importance of lifelong learning, he put £1,000 of his prize towards a course specialising in dairy production management while he was overseas.

With a long-term dream to have his own herd, however, the bulk went on buying 19 heifers that he reared when he came back to the UK and settled in Cumbria, where he worked as a dairy farm manager for almost three and a half years.

He sold these animals and reinvested the profits in more stock – enabling him to grow his own herd alongside his day job, running a 600-cow spring calving dairy farm near Rugby in Warwickshire.

“I now own 120 cows and am positioning myself for a joint venture or tenancy in the next 18 months, while I continue to develop a much-needed track record with my bank and accountant,” says George.

“It’s all been an amazing experience, and I have been fortunate to work for, and alongside, a number of fantastic operators. I have learned so much about problem-solving and working in teams, along with building my own business and pushing my own equity growth.” 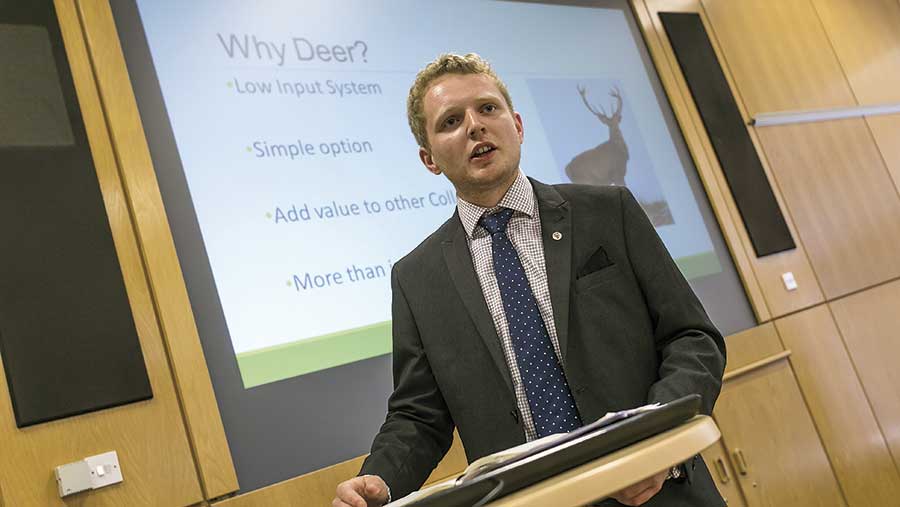 In 2016, the Farmers Apprentice organisers decided to ring the changes and offer, instead of a cash prize, an opportunity that money couldn’t buy – a year’s work as an intern at Farmcare’s 1,600ha Goole Estate.

Step forward worthy winner Joe Weston who was “thrown in at the deep end” and last September, at the end of his internship, was offered a full-time position there as a trainee farm manager.

Joe, who had worked as a retail operations manager at a bike shop in York prior to taking part in the contest, soon realised his future was wedded to agriculture – and he’s since got a new role as an assistant manager on a 242ha mixed farm at Eastoft in Lincolnshire.

“Applying for Farmers Apprentice was one of the best things I’ve ever done,” he says.

From farm to fork, businesses are on the hunt for the best new recruits. It’s vital, therefore, that the most capable members of the next generation – both from farming and non-farming backgrounds – choose careers in farming and the food chain.

Run by Farmers Weekly, Farmers Apprentice is a unique competition giving young people a once-in-a-lifetime opportunity to develop their skills and progress their careers.

We will pick 10 of them to take part in our week-long, summer residential bootcamp that will put them through their paces in a range of tasks and culminate in one being crowned Farmers Weekly Farmers Apprentice 2018. 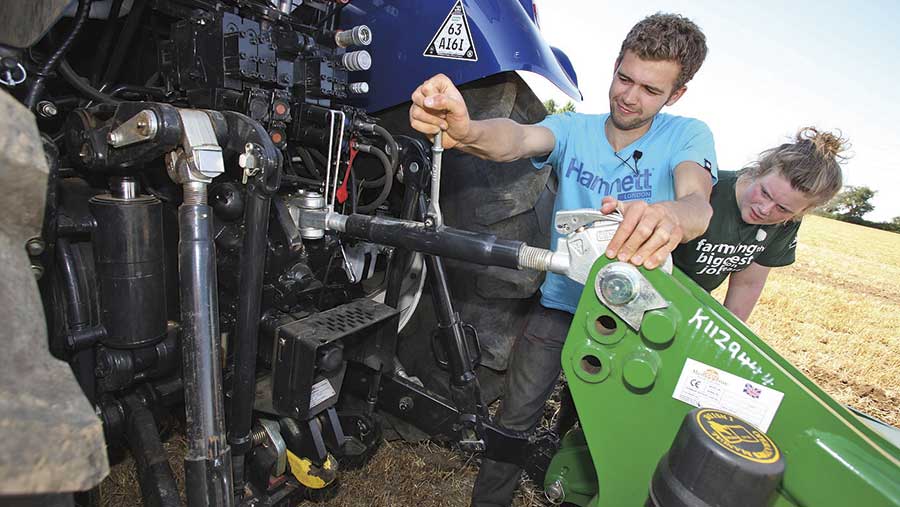 According to Will Hinton, getting your hands on £10,000 is tough for anyone with a limited track record – certainly getting access to it interest free.

“There certainly aren’t easily accessible grants for young farmers that I’m aware of – and tenancies are very hard to come by. We need young faces coming into the industry, though.

“£10,000 would definitely be a massive game-changer to anyone starting out in farming,” he says.

He spent his prize money on store lambs – the proceeds from which he invested into more sheep. Having then headed to New Zealand to hone his shearing skills, he’s now engaged to a kiwi with a baby boy on the way.

He liquidated the flock last September and put the money in a high-interest bank account until he spots the next sensible investment.

“I learned a lot about myself at bootcamp,” he says. “I’ve focused more on being positive with my decisions and not being so hard on myself when things go wrong.

“I remember following the first-ever Farmers Apprentice and watching George Brown and thinking the competition was out of my league.

“I was wrong. No matter who you are or what you’ve achieved, if you love farming and want to get a helping hand into the industry, this competition is for you.”

Our sponsors have come together to help showcase the exciting opportunities that exist in the agricultural industry. Find out more about on the Farmers Apprentice website.