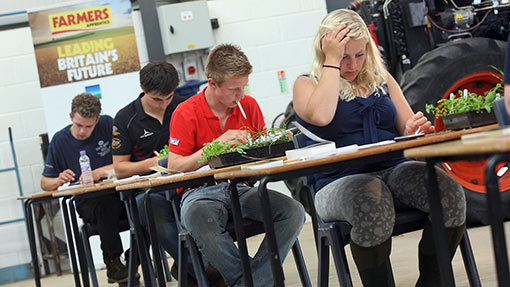 The Farmers Apprentice web-TV series, which hit viewer’s screens last week, has been a resounding success after people took to social media to share their thoughts.

Ex-pop-star JB Gill retweeted about the competition, while West Country legends The Wurzels encouraged followers to watch the “rural equivalent of the BBC’s Apprentice”.

One tweeter, @Duxmore, said “How does the #mobo awards get airtime when we have to watch #farmapprentice online? #primetime priorities?”

In the second episode of the six-part Farmers Apprentice, released on Tuesday (28 October), the girls’ team, who lost task one, got an early morning wake-up call to go and milk cows.

However, there was no time to freshen up after their milking duties as the pressure ratcheted up a notch when the 10 apprentices were called together for a surprise announcement.

They had no time to digest the news before being split into two teams and pushed to their limit in a time-pressured task.

But are cracks beginning to appear and is the competition getting too much when some serious errors are made, costing one team a victorious win?

Find out now by watching episode two at www.farmersapprentice.co.uk.

You can also watch episode one and get all the news from the diary room at www.farmersapprentice.co.uk.