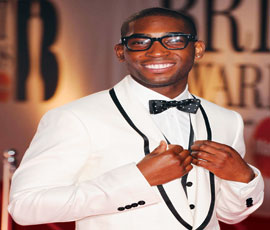 A new course is to be launched at agricultural colleges around the country this autumn in a bid to improve how farmers communicate with the general public.

The course, which will be compulsory for all first year students, has been introduced to help the next generation of farmers communicate with their largely urban consumers.

A key module will relate to written and verbal language skills, with advice on words to avoid, plus specific suggestions for those to include in conversation with town- and city-dwellers.

Would-be agriculturalists everywhere will be taught the meaning and pronunciation of “urban” expressions like sick (fantastic), tick (good) and buff (attractive), while those near London will be advised to adopt cockney rhyming slang.

One module will help students with body language, highlighting how interaction with strangers – even merely offering a passing pleasantry – is not popular in urban areas.

Practices traditionally thought of as polite in the countryside, such as making eye contact, will also be discouraged.

The new course, entitled Communication Skills: From the Estate to the Estate, will give guidance on how to behave when the public visit your farm. It suggests playing background rap music (Dizzee Rascal and Tinie Tempah are recommended), while cautioning against The Wurzels.

Farmers Weekly has learned that the course will also discourage ownership of breeds of dogs traditionally associated with the countryside – such as labradors, spaniels and terriers – as these can reinforce stereotypes and so introduce divisions. More “urban-friendly” dogs, such as poodles, boxers and staffies are recommended.

The new initiative will also give guidance on how to dress to fit in with metropolitan trends and, in a move that’s set to cause uproar in market towns, suggests a moratorium on tweed.